The best investors are avid students of history of the market, companies, and great investors. The more you learn from others, the less expensive your own tuition will be. Not to study the Teledyne story and the managerial success of Dr. Henry Singleton and his management teams would be tragic.

Excerpts are from the book, Distant Force, A Memoir of the Teledyne Corporation and the Man who Created it by Dr. George A. Roberts (2007).

An investor who put money into Teledyne stock in 1966 achieved an annual return of 17.9 percent over 25 years, or a 53x return on invested capital vs. 6.7x for the S&P 500, 9.0x for GE and 7.1x for other comparable conglomerates. Teledyne’s investors were rewarded with a triple whammy of increasing earnings with a shrinking capital structure along with an expanding P/E ratio. As the single largest investor in Teledyne, Dr. Singleton chose to make money alongside his fellow investors not from them. He never granted himself options like the heavily compensated Michael Dell of Dell, Inc (DELL), for example.

Dr. Singleton thought independently while making astute capital allocation decisions, he chose the right managers and aligned them with the proper incentive structure, and he imposed strict capital allocation on his operating companies. Managements of those companies were encouraged to focus on generating high margins, cash flow and with returning excess cash to headquarters.

“Henry Singleton has the best operating and capital deployment record in American business…if one took the 100 top business school graduates and made a composite of their triumphs, their record would not be as good as Singleton’s – Warren Buffett, 1980.

Sharing Buffett’s admiration for Henry E. Singleton, Charlie wonders, “Given the man’s talent and record, have we learned enough from him.”

Singleton was co-founder of Teledyne, Inc. and chief executive of the Los Angeles-based conglomerate for three decades. He attended the Naval Academy, then transferred to MIT where he received Bachelor’s, Master’s and Ph.D. degrees in electrical engineering. An enormously skilled chess player, he was only 100 points below the Grandmaster level and could play without looking at the board.

From 1963 to 1990, Teledyne returned an astounding 20.4% compound annual return to shareholders—a period in which the S&P 500 returned 8.0%. Adroitly repurchasing 90 percent of Teledyne’s outstanding shares primarily between 1972 and 1984, Singleton built a record as a manger and capital allocator with few peers in modern business history.

Maglan Capital increased in value by 20.84% (net of all fees) during the month of February. Our portfolio exhibited exceptional strength in February. All of our long positions gained along... Read More

In a 125-page ruling issued recently, a federal district judge has approved BP plc (NYSE:BP) (LON:BP)'s $7.5 billion settlement with businesses and individuals over the Deepwater Horizon disaster and... Read More 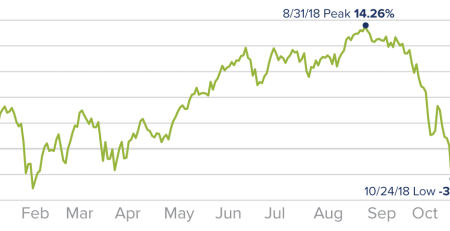 Toyota Shakes Up Ranks, Will Add Three Board Members

In a move viewed a monumental management change, Toyota Motor Corporation (ADR) (NYSE:TM) announced a reorganization that will include outside board of directors. This will be a first for the... Read More

Stanphyl Capital letter to investors for the month ended December 31, 2015. Get The Timeless Reading eBook in PDF Get the entire 10-part series on Timeless Reading in PDF. Save it... Read More