FTC Commissioner Ramirez stated during Friday’s 10AM press conference that press reports claiming the “FTC confirmed Herbalife to not be a pyramid scheme” were inaccurate
The misleading statement that “the FTC concluded Herbalife was not a pyramid scheme” was in an early morning Carl Icahn press release, subsequently filed with the SEC in a 13D/A
MLM attorney and advocate for the industry Kevin Thompson stated that this settlement “does not represent . . .

Timeless Advice From Wall Street's Sage Henry Clews by John Maxfield, The Motley Fool, Via USA Today Warren Buffett might seem one of a kind -- and, of course, he... Read More

Odey: “It hasn’t been easy… but you find me in good heart”

A hedge fund manager telling investors about continual losses is never easy. For Crispin Odey , down another -5.73% as of the close of November and off more than... Read More

This is a short post and its open to non subcribers since its just a long question- Renissance Jim Simons gives a rare interview at MIT earlier this week... Read More

The shakeups continue at JPMorgan. It was reported today that JPMorgan Chase & Co. (NYSE:JPM) is losing its second chief compliance officer in as many years amidst never before... Read More

Eric Boughton, the Chief Analyst at Matisse Capital talks about CEFs and explains why they could be an integral part of your portfolio. He also explains Matisse Capital's position... Read More 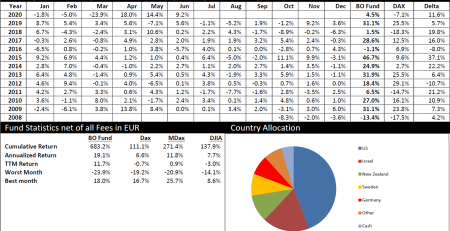 Consumer Debt Levels Are At Long-Term Average And Falling

With steady deleveraging and extremely low interest rates, there has been some concern that the U.S. could be headed towards a ‘lost decade’ similar to what Japan has been... Read More