New York, NY – February 3, 2014.   Pershing Square Capital Management, L.P. released today an in-depth study on the deceptive practices and recruitment systems used by Shawn Dahl of White Rock, Vancouver, Canada, who started in 1999 with Herbalife Ltd. (NYSE: HLF), a member of its Chairman’s Club until June 2013, and one of Herbalife’s top distributors in recent years.

This is the first in a series of papers to be released by Pershing Square.  Other wrongdoers who will be profiled include:

–          Leslie Stanford, a 33-year Herbalife veteran, member of the Founder’s Circle, and former member of the Board of Directors;

–          John Tartol, a 32-year Herbalife Ltd. (NYSE:HLF) veteran, a member of the Chairman’s Club, and current member of the Board of Directors;

Herbalife knows about these deceptive practices, relies upon them, profits from them, and rewards the perpetrators with millions of dollars of remuneration, including discretionary bonuses.

As an unlawful pyramid scheme, Herbalife fosters, promotes, honors, and financially rewards pyramid schemes operated by its top distributors.  Because there is little genuine retail demand for Herbalife’s overpriced commodity products, the company depends for its revenues on the endless recruitment of new distributors.

As an example of Herbalife’s wrongful practices, Dahl operates a lead generation business which recruited large numbers into Herbalife’s pyramid scheme with false promises of easy money and financial freedom.  He took over his lead generation business, Online Business System (OBS), from his mother-in-law, Deborah Stoltz, and her sister, Marilyn Thom, who were convicted in Canadian Federal Court in Vancouver, British Columbia, of operating an unlawful Herbalife pyramid scheme in Canada in 2004.

Pershing Square has evidence that Stoltz and Thom remained active with Herbalife. They were featured as President’s Team members and at company events as recently as December 13th.

Herbalife distanced itself from Dahl in 2013 after Pershing Square’s December 2012 presentation, which shined light on Herbalife and OBS. Herbalife had for more than 13 years facilitated, celebrated, and promoted Dahl’s business.

A summary outlining Dahl’s deceptive practices is attached.  The material, with extensive links to exhibits and videos documenting the allegations, will also be available on www.herbalifepyramidscheme.com.

Summary of Report on Shawn Dahl

All statements in this summary report are made pursuant to Pershing Square’s disclaimer, available athttp://factsaboutherbalife.com/. 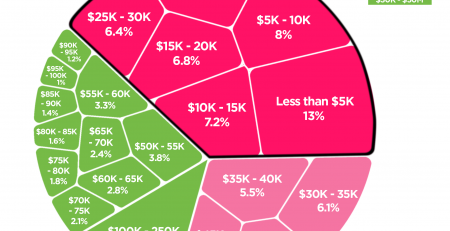 The U.S. economy is booming. Republicans think President Trump deserves much of the credit for cutting business and individual tax rates combined with a deregulation agenda. And Democrats believe... Read More

Editor's note: Google has strict policies in terms of certain keywords and heavily penalize articles which contain curse words. Therefore, in this article we are unable to spell out... Read More

Diamond Hill Select Fund commentary for the fourth quarter ended December 31, 2014. The Fund increased 6.17% (Class I) during the quarter, compared to a 5.24% increase in the Russell... Read More