Herbalife Ltd. (NYSE:HLF) have received several price target cuts since its last earnings report, and Barclays analysts are the latest to trim their price target. In spite of their cut, however, they don't place much importance on the worries some investors have regarding the deceleration in revenue growth and EBITDA.

In a report dated. Nov. 21, 2014, analysts Meredith Adler, Eric Cohen and Sean Kras said they reduced their price target on Herbalife Ltd. (NYSE:HLF) 8%, bringing it from $80 to $74 per share. They maintained their Overweight rating on the nutritional supplement company's stock.

The analysts also provided answers to several concerns investors have about Herbalife's liquidity. For example, some wonder whether Herbalife will have to pay a lot of taxes in order to access its overseas cash. Additionally, the company has outstanding debt of $875 million maturing in 2016, and Herbalife might be at risk of violating some bank debt covenants.

Herbalife also mentioned in a recent regulatory filing that some tax assessments that are being conducted overseas in other countries, so investors are wondering whether significant taxes will be due. And finally, investors are worried that Herbalife Ltd. (NYSE:HLF) might not be able to stay profitable by cutting its operating costs.

In their report, the Barclays team said they think Herbalife Ltd. (NYSE:HLF) has plenty of cash in the U.S. already to pay back the debt as it matures, assuming that it doesn't refinance that debt at the interest rates that could be available right now. They note that management wants to continue repurchasing shares. As a result they believe it would make sense for them to refinance after the Federal Trade Commission probe is resolved—as long as the resolution is favorable compared to expectations.

The analysts said waiting for a favorable resolution could help Herbalife get better financing terms. The Barclays analysts also believe the company's shares are “likely to have gone up a lot” by then. They believe Herbalife is looking for alternatives to its current financing but putting a whole on share repurchases to make sure it has plenty of cash to pay on its debt just in case.

Herbalife not at risk for violating bank covenants

They also believe Herbalife Ltd. (NYSE:HLF) isn't even close to being in violation of either the leverage or fixed charge covenants in its current bank agreement. They base that view on their estimates of the multi-level marketing company's adjusted EBITDA.

Their review of Herbalife's financials and their talks with management made them also think that resolving the overseas tax issues won't bring a “significant impact.” In addition, they say the company has some levers it can pull to cut costs if it becomes necessary to do so. In fact, they say Herbalife is already doing some things to improve its efficiency.

Shares of Herbalife Ltd. (NYSE:HLF) were unchanged in premarket trading this morning as of this writing.

What often kept The Coca-Cola Co (NYSE:KO) investor David Winters of Wintergreen Advisors up at night was that a private equity company, one affiliated with Coca-Cola’s largest shareholder, Warren Buffett,... Read More 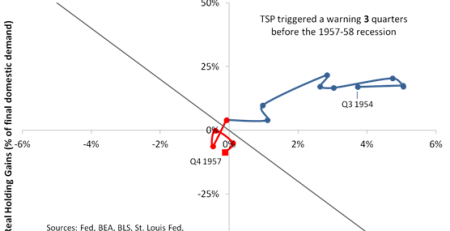 In “You Might Like to Watch This Picture as Asset Prices Fall,” we discussed a composite indicator called thin-air spending power (TSP). We also promised that this chartbook would... Read More

Most U.S. equities advanced during the first quarter in a volatile session characterized by a sell-off in emerging market currencies, increased geopolitical tensions, and the transition of leadership at... Read More

So you capitalized on the post-election surge in U.S. equities, and gained equally by being short Mexico. Now what? Investors might want to consider newer bets because this could be... Read More

After he publicly proclaimed his belief in a short bund trade, other professionals believed him, but Bill Gross missed his own trade advice Read More

Being on AFT's Hedge Fund "Blacklist" An Honour To Some

When we wrote about Dan Loeb's displeasure with the American Federation of Teachers, after his name was put on a hedge fund blacklist, we were secretly hoping that one... Read More