Herbalife Ltd. (NYSE:HLF) today is up 6.3 percent. No one knows why the stock is soaring (although last time that happened there seemed to be insider info). However, D.A. Davidson is out with a new report (the D.A. Davidson analyst who totally flip flopped on HLF and now calls it his best idea). He had the audacity to call a certain journalist ‘a water-carrier for Pershing Square’. Anyway, here is the report, we doubt the stock is up 6 percent because of this note, but it could be a factor.

The New York Post, which has been the main water-carrier for Pershing Square, ran an interesting piece suggesting that consumer groups would meet with FTC officials on Monday to demand an FTC investigation. We have always assumed that there will be an investigation and that the FTC will extract some concession from Herbalife Ltd. (NYSE:HLF) in the form of greater disclosure of financial risks to prospective distributors (whose actual risk is less than $100).

Additionally, the FTC will want a cease-and-desist order for “lead generation” which, in our opinion, was an unethical third-party activity; Herbalife Ltd. (NYSE:HLF) may well be held accountable. If the FTC reaches an agreement with Herbalife over greater disclosure and “lead-generation,” even at the price of a largish fine, we find this a very positive scenario for Herbalife shareholders. Foreclosing the risk of a protracted and potentially risky FTC investigation into pyramid-scheme allegations would be worth a lot to Herbalife. The day they levy a fine or penalty and sign a consent decree is a day Herbalife’s shares are likely up a lot.

The Post raised yet another interesting scenario in their piece today. They write: “Several sources told The Post that they believe the FTC is reluctant to launch an investigation of Herbalife because of the company’s financial resources and legal firepower.” In effect, this is telling potential plaintiffs – “Get a lawyer.” The FTC is in significant legal battles with BurnLounge and Fortune High Tech Marketing – two MLMs that were alleged by the FTC to be pyramid schemes. The idea of taking on Herbalife, which, unlike the aforementioned two MLMs, has proprietary product, real retail consumers, real manufacturing, and 7.9 million customers is daunting. The chances of proving Herbalife to be a pyramid scheme are indeed minuscule in our opinion.

Short interest in Herbalife Ltd. (NYSE:HLF) on June 28th actually ticked up a million shares to ~32 million shares – 32% of shares outstanding. If Pershing Square is covering its short, it is doing so with derivatives as we postulated in our June 13th report.

We reiterate our BUY rating and $78 price target. The company is growing at a rapid pace and it has potential catalysts in the capital structure. Once the reaudit is complete we suspect the short position will be gone, one way or another. We are above the Street for Q2 EPS and $0.12 above consensus for the full year. Herbalife Ltd. (NYSE:HLF) remains our Single Best Idea for 2013. 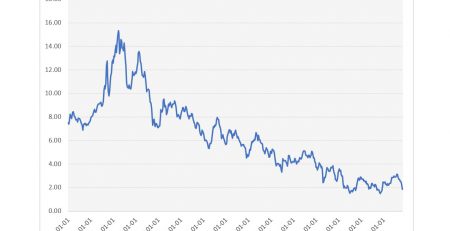 Why These Are Such Hard Times For Investors

In the forty years that I have been studying and participating in investment markets, the current conditions are among the most challenging.  That may sound odd - interest rates... Read More

New post from Eddie Lampert - Spinoffs and Lands’ End April 13, 2014 by Eddie Lampert H/T Corner of Berkshire  Companies combine and break apart for a lot of different reasons and in a... Read More

Nugget Fest: What We’re Reading In The Value Investing Media

This was originally sent to our OSV VIP newsletter on December 18th. Sign up for our newsletter to get this in your inbox right away! Q4 hedge fund letters, conference, scoops... Read More