I’m surprised this article didn’t get more coverage in the financial media.  I sent a summary earlier but here is the full article from OSAM on buybacks.

One chart then the study:

Money spent on share buybacks is approaching the previous high set in 2007–08, and this has some investors worried. But hidden beneath the aggregate statistics on buybacks are important nuances that matter for investors. Firms repurchase shares at different levels of conviction and that level of conviction can help differentiate between an attractive investment opportunity and useless information.

Most of the dollars spent on buybacks come from what we classify as low conviction share repurchase programs: firms repurchasing between zero and five percent of their shares over the past year. More interesting are firms that vote more aggressively—for better or worse—on their own share price, repurchasing more than five percent and sometimes even greater than ten percent of their shares in just a one-year period. History suggests that these high conviction firms signal an opportunity for investors.

Even more important for investors, these high conviction buyback stocks have outperformed the market consistently through time.

This paper explores the current buyback landscape for U.S. stocks and highlights the potential edge given to those who invest alongside high conviction buyback firms.

Sure enough, we are reaching peak dollar amounts on a rolling 12-month basis. But these are just raw dollars being spent—it doesn’t tell us much about the magnitude of the buyback programs going on, which is a crucial detail.

A firm that repurchases ten percent of its shares in one year is much different than a firm that repurchases two percent. To put it another way, if Apple ($740 billion market cap) spends one billion dollars on repurchases, it’s much different than if Marathon Petroleum ($30 billion market cap) spends a billion dollars. Arguably, the billion spent by Marathon would represent a higher conviction in their own share price by Marathon’s executives. They would be making a much bigger bet.

A Rediscovered Masterpiece By Benjamin Graham via Jason Zweig Here is the original typewritten text of a speech Benjamin Graham gave in San Francisco one week before John F. Kennedy... Read More 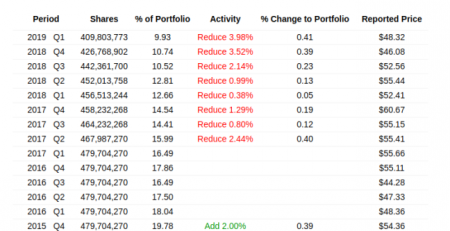 Wells Fargo has been a decisive name that has divided investors. While the fundamentals continue to hold steady, negative headlines and a rock bottom valuation continues to test the... Read More