Hoisington Investment Management review of the fourth quarter of 2015 on the failure of the Fed.

Hoisington – A Weak Finish to a Disappointing Year

The economy was supposed to fire on all cylinders in 2015. Sufficient time had passed for the often-mentioned lags in monetary and fiscal policy to finally work their way through the system according to many pundits inside and outside the Fed. Surely the economy would be kick-started by: three rounds of quantitative easing and forward guidance; a record Federal Reserve balance sheet; and an unprecedented increase in federal debt from $9.99 trillion in 2008 to $18.63 trillion in 2015, a jump of 86%. Further, stock prices had gained sufficiently over the past several years, thus the so-called wealth effect would boost consumer spending.

The economic facts of 2015 displayed no impact from these massive government experiments. The broadest and most reliable measure of economic performance – nominal GDP – decelerated. The 3% estimated gain registered in 2015, measured by the year ending quarter, was down from 3.9% and 4.1%, respectively, in 2014 and 2013. In fact the gain in nominal GDP in 2015 was less than the gain for any year since the recession. The two components of nominal GDP also decelerated in 2015. Real GDP slowed to 2%, down from 2.5% in the prior two years, and the implicit price deflator rose by 1% compared with a 1.4% and 1.6% rise in 2014 and 2013, respectively. All of the above economic measures were expanding at, or near, their weakest yearly growth rates in the final quarter of 2015, indicating that the economy possessed little forward momentum moving into 2016.

Personal consumption, the largest category of nominal GDP, decelerated to an estimated 3% rise in the latest twelve months, down from 4% at year-end 2014, the smallest year end annual increase since immediately after the 2008-09 recession. The faltering consumer pattern occurred despite a significant lowering of credit standards that accelerated automotive lending. The percentage of total auto loans in the subprime category hit a ten-year pre-crisis high in the third quarter, according to the New York Fed. In addition, the Affordable Care Act has caused health outlays to surge. Excluding these two special circumstances, consumer spending was notably weak, providing additional confirmation that the so-called wealth effect remains elusive.

Other important economic indicators reported outright contractions last year. Industrial production slumped 1.4% over the first eleven months of 2015, with a drop of 2% outside of the automotive sector. Only about 10% of private payroll employment is accounted for in the manufacturing sector. This fact distorts the true impact of this critical part on GDP. According to the Federal Reserve Statistical Release on Industrial Production, the industrial sector accounts for about one quarter of real GDP on a value added basis. The importance of this sector to corporate profits is considerably greater. Not surprisingly, corporate profits registered year-over-year declines in the latest two quarters available. According to the BEA, corporate profits in the latest quarter were below the level reached in the fourth quarter of 2011 (Chart 1). The profits picture is a worrisome portent for 2016 since it has fallen prior to all the economic contractions since 1929, albeit it has also had a few false signals.

The 2015 global picture was just as disappointing. By some measures, worldwide economic growth was the poorest since the last recession. Reflecting the depth of the underperformance, world trade was essentially flat for the first time since 2009. Commodity prices, a sensitive and impartial barometer of global final demand, dropped sharply. At the December lows, the S&P GSCI Commodity Index was 59% below the April 2011 peak and at the lowest point since December 2004. The alternative Bloomberg Commodity Price Index,which is reweighted largely based on futures  contract volume and includes gold, slumped to the worst level since 1999 (Chart 2). As in the United States, economic growth was ebbing in Japan, China, Canada, Australia, Europe and virtually all of Latin America as the books closed on 2015. As an indication of the Chinese problem, the Yuan has recently dropped to the lowest level since 2011. Thus, the global economy confirms that the entry point for 2016 is fragile.

Since the introduction of unconventional and untested monetary policy operations like quantitative easing (QE) and forward guidance, an impressive amount of empirical evidence has emerged that casts considerable doubt on their efficacy. The historical facts regarding the grand experiment by the Federal Reserve Open Market Committee (Fed) are worth considering.

The trend in economic growth in this expansion has been undeniably weak and perhaps unprecedentedly so. Real per capita GDP grew only 1.3% in the current expansion that began in mid-2009; this is less than one half the growth rate in the expansions since 1790 (Chart 3).

Based on their theoretical expectations of QE, the Fed and multilateral economic agencies (such as the International Monetary Fund) constantly projected that economic growth would accelerate significantly and that inflation would return to the 2% level targeted in the Fed’s dual mandate. These forecasts widely and consistently over-estimated both real growth and inflation.

The study “Persistent Overoptimism About Economic Growth” by Kevin J. Lansing and Benjamin Pyle and published in the Federal Reserve Bank of San Francisco Economic Letter of February 2, 2015 systematically examined the Fed’s forecasting record. Specifically, Lansing and Pyle examined the real GDP projections made four times per year by the Fed that began in November 2007. Their overall conclusion reads: “Since 2007, Federal Open Market Committee participants have been persistently too optimistic about future U.S. economic growth. Real GDP growth forecasts have typically started high, but then are revised down over time as the incoming data continue to disappoint.” Even Mrs. Yellen in her December press conference admitted the Fed’s models were not working.

Central banks in Japan, the U.S. and Europe tried multiple rounds of QE. That none of these programs were any more successful than their predecessors also points to empirical evidenced failure. The pattern is shown in yearover- year growth in U.S. nominal GDP (Chart 4). Three weak transitory mini growth spurts all reversed, and the best rate of growth in the current expansion was weaker than the peak levels in all of the post 1948 expansions.

Several academicians have found that the data does not validate the efficacy of QE and forward guidance. In a paper presented at the Fed’s 2013 Jackson Hole Conference, Robert Hall of Stanford University and Chair of the National Bureau of Economic Research Cycle Dating Committee wrote “an expansion of reserves contracts the economy.”

Negative interest rates would have the same non-productive characteristics as QE and forward guidance.

This empirical data notwithstanding, a causal explanation of why QE and forward guidance should have had negative consequences was lacking. This void has now been addressed by “Where Did the Growth Go?” by Michael Spence (2001 recipient of the Nobel Prize in economics) and Kevin M. Warsh (former Governor of the Federal Reserve), a chapter in a new book Growing Global: Lessons for the New Enterprise, published in November 2015 by The Center for Global Enterprise.

The Spence and Warsh point is that “the post-crisis policy response” contributed to and helps to explain the slower economic growth during the past several years. Their line of reasoning is that the adverse impact of monetary policy on economic growth resulted from the impact on business investment in plant and equipment. Here is their causal argument: “…QE is unlike the normal conduct of monetary policy. It appears to be qualitatively and quantitatively different. In our judgment, QE may well redirect flows from the real economy to financial assets differently than the normal conduct of monetary policy.” In particular, they state: “We believe the novel, long-term use of extraordinary monetary policy systematically biases decision-makers toward financial assets and away from real assets.” 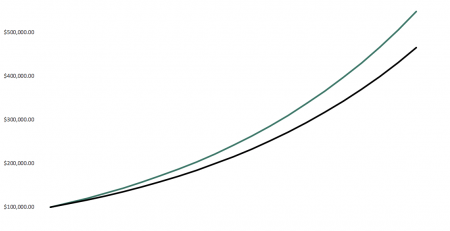 Here is an excerpt from 250words.com on an excellent investigation into creativity and a guide to managing a creative culture and then book review on Creativity, Inc.: Overcoming the... Read More

Employment Trend May Not Be Your Friend by 720 Global Loan Delinquencies may be Signaling Recession On June 2, 2016 the Bureau of Labor Statistics (BLS) stunned economic prognosticators and the... Read More