The Asian equity markets partially regained lost ground during the second quarter despite the unexpected British vote to exit the European Union (so-called Brexit) on June 24. Since the end of the second quarter, the global equity markets extended their gains and erased the loss that followed the Brexit shock. Emerging Asian markets such as Thailand, India and Indonesia rose the most during the quarter, reflecting the return of investors’ risk appetite.

China surprised again in May when the People’s Daily front page article suggested that the debt-led growth seen in the first quarter would no longer be welcome. The source of the article was supposedly a well-placed high ranking official. The consensus was that this person was President Xi himself; therefore, this article implied criticism of Premier Li. Once again, this development caused confusion about the future direction of economic policy in China. We continue to believe that the Chinese economy is going through a structural reform and that GDP growth will slow down further, especially as the country’s bank debt has grown to an extreme and unhealthy level (Chart 1)—this cannot be sustainable.

Western central bankers are running out of monetary policy options to fend off the deflationary pressure and the slow nominal economic growth trend that has been building since the financial crisis of 2008. The most obvious case is Japan. Nominal GDP has not grown since the mid-1990s (Chart 2).

Japan has been a laboratory for new economic policies for the past twenty years, as it was the first OECD country to enter a deflationary environment after the bubble burst in the early 1990s. In fact, it was Mr. Ben Bernanke who famously suggested to the Japanese government that it “helicopter money” to combat deflation. Japan was the first country to implement quantitative easing (QE) under Bank of Japan Governor Shirakawa after the bursting of the Internet Bubble and the 9/11 attack caused the sharp global economic slowdown of the early 2000s. However, Governor Shirakawa did not believe in QE’s effectiveness and worried about its potential negative impacts, and he frequently mopped up excess liquidity, weakening the power of QE. We believe that Japan had a chance to succeed, as it was the only country utilizing the QE policy during the global economic expansion phase, but the way in which it was implemented caused its failure. Nominal GDP has not grown since the mid- 1990s, and the stock markets have been in a wide trading range since the market peaked at 39,000 (see Chart 3).

The US Federal Reserve Bank was more successful than the Bank of Japan in implementing a QE policy after the Financial Crisis of 2008, and so far, the US economy has not fallen into deflation or a liquidity trap. Nonetheless, the incremental effectiveness of the QE policies employed by the central banks of the developed world has been wearing thin recently. Japan is a prime example of this, (Chart 4), despite Governor Kuroda’s decisive QE moves.

Pressure has been building for the Abe administration to come up with a brand new economic policy to kick start the economy. The most likely outcome could be another large scale fiscal package to stimulate the domestic economy. Some Japan watchers are suggesting that the government might use “helicopter money” measures (monetization of debt and permanent expansion of the monetary base) as suggested by Mr. Bernanke, but we believe this is very unlikely, given that the last time Japan experimented with this, during the 1930s, it ended up causing hyper-inflation and a loss of credibility for the Bank of Japan. Besides, Article 5 of Japan’s Public Finance Law prohibits the BOJ from directly buying any public bonds. Also, exiting from “helicopter money” would be very difficult, as Japan’s previous attempt in the 1930s demonstrated, and the BOJ should be acutely aware of this.

The Japanese financial markets are expecting some combined measures of monetary and fiscal stimulus from the Abe administration in the coming months, even though, in the past, these measures ultimately did not solve Japan’s structural problems and did not generate sustainable growth. What we need in the long run is serious structural reform on labor policy, immigration, taxation and education. These are more difficult to execute as Japan is a democracy, and getting a consensus on any of these issues is easier said than done. We continue to favor owner operator companies, which are nimble and flexible, and therefore, are able to generate earnings growth even in the difficult macro environment Japan is now facing.

The Philippines is emerging as an interesting long term structural growth story. We are watching how the Duterte administration formulates economic policy going forward. So far, it appears to be business friendly, and his eight point economic agenda seems well thought out and executable. This plan focuses on economic growth, tax collection efficiencies and protection of the marginalized.

Can A Volatility Tsunami Be Predicted?

In algorithmic trading and risk management system development, a quest for the “holy grail” has been centered on creating a system that warns of forthcoming market volatility. While no... Read More

The Psychology Of Human Misjudgment Part II by Sanjay Bakshi Bias # 2: Perceptual contrast Cialdini’s Sharon “Dear Mother and Dad, Since I left for college I have been remiss in writing... Read More

Morgan Creek has $4.5 billion in AUM and is hosting a conference today in North Carolina with guest speakers including John Brubank of Passport Capital, Van Hoisington of HIMCO,... Read More 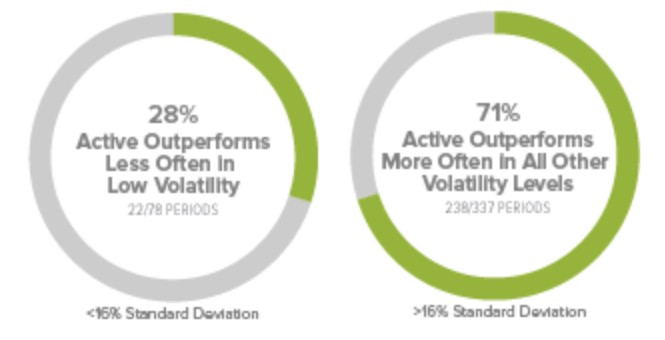 Co-CIO Francis Gannon discusses the disconnect between the markets and the economy. Q2 hedge fund letters, conference, scoops etc How volatile was the market during the second quarter? Volatility surprisingly in the... Read More

Shareholder Proposal Developments During The 2015 Proxy Season by Gibson Dunn To Our Clients and Friends: This client alert provides an overview of shareholder proposals submitted to public companies for 2015... Read More