Horseman Capital Management newsletter for the month ended December 31, 2015. The nearish fund is the best performer right now HSBC's list of top hedge funds for 2016. See the letter below.

Yellen Skywalker inched down the corridor. There was barely any light, but the force guided her steps. Soon she felt the presence of her father, Deflation Vader. His voice rasped out a greeting.
“I have been expecting you. I can feel that the force is strong with you. Good. The Emperor has foreseen that your powers would grow, and that you would become our ally. It is time for you to join me and restore order to the universe!”

“You are wrong Vader – I would never go to dark side!”

“Ha ha ha – dark side – what dark side? Did Obi-Wan Ben Bernanke never tell you the true nature of the force?”

“The force is all around us, and seeks harmony and balance. It is neither light nor dark, but cyclical. Mountains must have valleys. Light must create shadow. Action and reaction, this is all that life is. Your belief in the light side of the force, and the need for you to strenuously push it on all things, to create inflation in all things, is touching, but quite misguided.”

Vader continued “Low interest rates and debt creation in particular is an object that is neither inherently inflationary nor deflationary, but only becomes a tool of the light or the dark side if it moves out of balance, or harmony. You see my jedi, debt accumulation is inflationary when taken on and deflationary when paid back. The longer you push your light side of the force, the stronger the dark side becomes! You have in fact been my greatest ally!” Vader let out a bellowing laugh.

“Search your feelings Yellen, you know that I speak the truth”. Yellen knew the words Vader spoke were true. Despite monumental efforts, the light side had only generated minor inflation, even with previously unheard interest rates and even with their new monetary techniques. She thought back to the day her mentor Obi-Wan Ben Bernanke disappeared off to some far flung colony – his parting words as he passed responsibility for the light side to Yellen were cryptic – “Whatever you do, do not do anything sensible”. But Yellen knew she faced a dilemma, if she continued to fight the dark side she only made it stronger, and the ultimate move to harmony more difficult. Or should she succumb now, and hope that dark side influence would not destroy too much. In her heart, she made her decision.

“You are right father, I can see that. What must I do?”

“Why my child, you must do nothing, just cease to fight the dark side, and it shall restore harmony to the universe as surely as a rising tide destroys footprints in the sand. Come, let us watch”

Vader and Yellen moved over to an observation window. From the view she could see the dancing constellations that made up the financial universe. Many shone as brightly as they could. Record employment, record car sales, all-time highs in the stock market. Yellen let go of the light side of the force. Almost instantaneously, the Transport star system began to darken and disappear. The high yield nebula went into super nova and slowly began to darken. And then nothing. But as Yellen watched all the bright constellations began to darken ever so slightly. And Yellen could feel a tremor from a billion traders’ hearts, as fear began to replace greed in their hearts. She wondered what she had done, as she stood next to Vader, and watched the lights go out.
Your fund remains long bonds, short equities.

This month the gains came from the short portfolio, in particular from oil and oil transportation, EM financials and automobile sectors. The short exposure to real estate and the long portfolio incurred modest losses.

In Latin America, the poor performances of the Argentinian and Brazilian economies are regularly making the headlines in the press, while the economy of Mexico tends to be perceived in better shape, less reliant on commodity prices and benefiting from being closer to the growing US economy. However, the Mexican economy is heavily reliant on the automobile and oil sectors, which respectively accounted for 21.6% and 10.6% of its exports in 2014.

The country runs a 2% current account deficit and a 3.19% budget deficit. The budget deficit does not take into account the losses from its national oil company Petroleos Mexicanos (Pemex), which is used by the government as a financing vehicle to finance about 30% of its budget. The company said that in the third quarter of 2015, taxes and royalties accounted to 232% of its operating results. It reported a $9.9bn net loss, its 12th consecutive quarterly loss. As a result, for 2016, the company expects to borrow $21bn, increasing outstanding debt to more than $100bn.

In November of last year, the government used an average oil price of $50 per barrel for its 2016 budget. However, since then, oil prices collapsed to $32. Including Pemex’s losses and using the Q3 quarterly results, Mexico’s budget deficit is more likely to be around 6% of GDP, a level similar to Brazil’s current official number. For further information on Pemex, please refer to John-Paul Burke’s market note entitled ‘Pemex and the States it’s in’.

In the automobile sector Mexico has overtaken Japan as the second largest source of U.S. auto imports. Mexican made vehicles account for 11% of cars and trucks sold to the U.S. The Mexican Automobile Industry Association estimated that more than 70% of the cars and light trucks headed to the US in 2015. Over the past 5 years, US purchases of cars have been largely driven by a boom in auto loans, which in our opinion is about to end. For further information please refer to Russell Clark’s update on the US auto-market.

The Mexican government has introduced structural reforms in the hope of encouraging new entrants to challenge monopolies. However, in our opinion, these reforms will take years to pay dividends, while in the short term the economy will have to adjust to low oil prices and a likely downturn in automobile demand. The fund maintains a short exposure to the Mexican peso versus the US dollar of approximately 25%.

Jeff Auxier on the Value of Cumulative Research

How the Chinese government will manage the country’s slowdown without crashing is one of the most important topics on analysts’ minds, but underpinning the entire discussion is the assumption... Read More 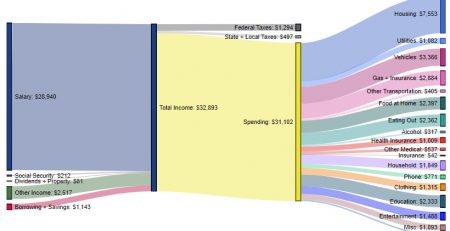 Advice For A Newbie Value Investor: Where to Start

From an email from a reader: Dear David My name is YYY, an I am from Ecuador. I am the owner of ZZZ. ZZZ is a business that is focus on... Read More

In a new research report by Nomura Holdings, Inc. (NYSE:NMR) (TYO:8604), a May rise in its proprietary index Nomura China and anecdotal evidence indicating that policy easing is gaining,... Read More

It is natural that people who run service industries tend to think that they provide a unique service, with the enthusiasts amongst the ranks opting for ‘truly unique’, and,... Read More