H&R Block Inc has hired Goldman Sachs, Inc. (NYSE:GS) for advice on alternatives, in light of its eminent need to hold on to more capital. H&R Block, which is the largest tax preparer in the U.S., is considering changing its approach to business. Its current designation as a savings and loan holdings company hangs in the balance, in light of the Federal Reserve’s proposed rules that require firms, such as H&R Block, to have additional capital.

H&R Block, Inc. (NYSE:HRB) noted that this daunting move would not have any material impact on fiscal 2013 earnings. The Missouri based company also noted that hiring Goldman Sachs Group, Inc. (NYSE:GS) and exploring other viable alternatives would not affect its strategy.

In a statement filed on Wednesday, the company revealed that it could not foresee any regulatory flexibility on its capital levels, meriting its consideration to change its status. By changing its status, it will no longer be in the cross hairs of the FED with regard to the capital rule. H&R Block, Inc. (NYSE:HRB) further noted that the Capital rule would involve the FED in some of its core business functions, like acquisitions, stock repurchases, and capital allocations. The company went on to add that the FED’s move would be a bottleneck to positive progress. “Such regulatory constraints are inconsistent with our strategic plans, operational needs, and growth objectives,” it noted in the filing.

Though H&R Block, Inc. (NYSE:HRB)’s chief executive Bill Cobb did not shed light on the nature of the alternatives that the company was considering, he made it clear that it would act under the counsel of Goldman Sachs Group, Inc. (NYSE:GS).

We expect HRB to dispose of HRB Bank, yet retain its RAC (speed of refund product) and Emerald debit card offerings (which were supported by the bank). We anticipate HRB partnering with a third party to offer RACs and debit cards, and expect multiple bidders seeking to partner on these attractive business lines. Though potentially net diminished economics to HRB on RACs and debit cards represent a moderate near-term negative, removal of HRB Bank from HRB's portfolio alleviates current/ future regulatory issues and opens up HRB's capital allocation flexibility.

A reflection of the wider picture

H&R Block’s move is not an isolated event. Apparently, the capital rule seems to be weighing in on some of the goals of U.S. companies that have a loosely attached ‘bank’ status, like Metlife Inc (NYSE:MET) Being the largest life insurer in the U.S.,  Metlife Inc (NYSE:MET) wants to sell all its deposits to General Electric Company (NYSE:GE), in favor of dropping its designation as a bank holding company. Its move, which is more conclusive than H&R Block’s considerations to look for alternatives, was inspired by regulators’ decision to block it from repurchasing shares.

Metlife Inc (NYSE:MET) and H&R Block, Inc. (NYSE:HRB)’s reaction to the capital rule are just mere representations of what is happening in the U.S. banking sector. There appears to be a wide retreat from the banking sector, as companies such as  American International Group, Inc. (NYSE:AIG) continue to shy away from banking. American International Group, Inc. (NYSE:AIG) noted in August that it was considering closing its bank, joining a list already too familiar with The Hartford Financial Services Grup Inc (NYSE:HIG) and Ameriprise Financial, Inc.(NYSE:AMP) 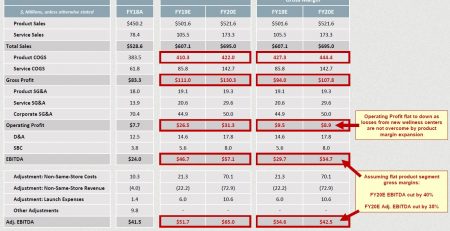 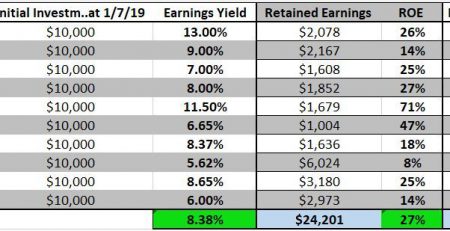 Apple Inc. (NASDAQ:AAPL)’s revenues and EPS beat expectations while its F3Q13 outlook was below consensus. However, many believe that the weak June outlook was expected and baked in the... Read More