Informatica Corporation (NASDAQ:INFA) shares plunged 25%, in the early trading hours today, following an earnings call, whose results missed analyst estimates. The company experienced a high decline in revenue from its European business segment, which it blames to be the major cause of the earnings miss.

Sohaib Abbasi, the Chairman and Chief Executive Officer of the data integration-software maker was quoted in an article published on Businessweek, saying, “Most of our revenue shortfall in the third quarter was in Europe, where we fell well short of our own expectations”.

Europe has been the biggest quandary for several multinationals, due to the current financial crises in the region. The economies of several Euro zone members have dwindled in recent times, adding pressure on consumers' pockets, amid the rising cost of living.

The shares of Informatica Corporation (NASDAQ:INFA) were trading at $24.84, at 11.25 A.M EDT, down more than 25%, and trading in volumes of hundreds of thousands. Informatica said that the third quarter earnings were estimated at about $0.25 to $0.27 per share, with revenue estimates of about $189 to $191 million, as compared to analyst estimates of about $0.34 EPS, and over $200 million in revenue. Informatica Corporation (NASDAQ:INFA)'s full report is expected to be out three weeks from now, tentatively, October 25.

Informatica faces competition from Industry giants, in the form of  International Business Machines Corp. (NYSE:IBM) computers, Microsoft Corporation (NASDAQ:MSFT), Oracle Corporation (NASDAQ:ORCL), and SAP AG (NYSE:SAP) among others. It has a profit margin of 14.33%, and an operating margin of 20.23% for the trailing twelve months. The quarterly revenue declined by 1.2% for the most recent quarter, YoY, while the earnings were down 23% for the same period YoY.

Informatica Corporation (NASDAQ:INFA) held cash reserves totaling $565.28 million at the close of the most recent quarter (Q2), equivalent to $5.21 cash per share. Its trailing twelve months price earnings ratio is pegged at 24.35 times, and has a target of 15.15 times for the next twelve months. The company has an enterprise value (EV) of $3.08 billion, as compared to a market cap of $2.71 billion.

Li Lu On What He Has Learned From Charlie Munger

Li Lu is one of the world's most under-appreciated value investors in my view. While most investors are aware of Warren Buffett and Charlie Munger,  both of whom Li... Read More

Chesapeake Energy Corporation (NYSE:CHK), the largest natural gas developer, is extracting oil and natural gas from 32 wells with 37 more to connect as soon as the pipelines are... Read More

Bloomberg’s Stephanie Ruhle reports that David Tepper, founder of Appaloosa Management, sees today’s rate cut by the European Central Bank as the beginning of the end of the U.S.... Read More 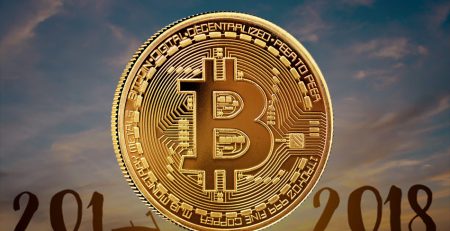 There’s always something new going on with cryptocurrency. From the previous crash back to last year’s meteoric rise, if there’s one thing crypto has done for the world it’s... Read More