Last week, the FBI arrested outspoken research analyst John Kinnucan for insider trading. Now a week later, he has been released from prison after a federal judge rejected prosecutors' appeals that he was a danger to his community after leaving harassing phone messages to government officials, according to The New York Times.

The Portland, Oreg.-based analyst, who founded Broadband Research, had been charged in New York this week for leaking private information from technology companies to his clients. He has maintained his innocence.

He has been released on $5 million bail and will appear in federal court on March 8 back in Manhattan.

Kinnucan has been part of the government’s vast insider trading investigation but he entered the spotlight in October 2010 when he bragged to his clients that he said no to an F.B.I. request to wear a wire tap and record his hedge fund client conversations.

He has also been outspoken about the government’s investigation in TV interviews and Op-Ed pieces, defending that the information he gave to clients had been public. Recently, he was again in the conversation for leaving offensive voice mail messages to government officials, according to The New York Times.

It's been a busy week for Kinnucan. On Wednesday, a Portland magistrate judge ordered him to be freed after sitting in jail since his Feb. 16 arrest. Federal prosecutors said not so fast and appealed the ruling by arguing that Kinnucan should stay in jail from his “obstruction and harassment campaign” against the government.

So what exactly has Kinnucan said on the alleged voicemails?

On Thursday at a hearing, prosecutors played six voice messages from Kinnucan to the F.B.I. and assistant United States attorneys over the last two months. Kinnucan was present via teleconference in a Portland federal court room.

One message to a prosecutor included: “Too bad Hitler’s not around. He’d know what to do with you. You should be in a gas chamber.”

In a second message left to a female assistant United States attorney, Kinnucan said he was going to have sex with her, reported The New York Times.

Thomas J. Hester, one of Kinnucan's attorneys, said his client did not have a history of violence and the messages were aberrant behavior in an attempt to insult the recipients.

While Kinnucan has been freed on bail, he is forbidden to use any computers, cellphones or regular phones to communicate with the exception of his attorneys.

In an interview with Bloomberg's Michael McKee, Federal Reserve Bank of Kansas City/MO President Esther George said she sees 'significant progress' in the labor market in 2014, "We have... Read More

If you’ve been keeping an eye on the performance of hedge funds and mutual funds over the past 12 months or so you will have noticed that one of the themes... Read More

Tuesday 1st May has seen first quarter 2012 earnings releases from several big players in the American market.  Others are tipped to follow during the week.  Here is a... Read More 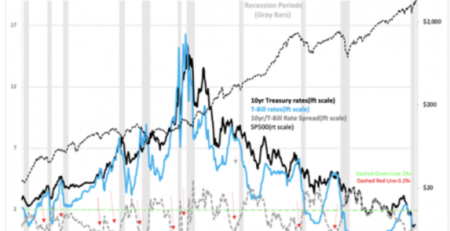 “Davidson” submits: Q4 2020 hedge fund letters, conferences and more How high a market can climb in any cycle has many inputs all ending in peak enthusiasm at the time, i.e.... Read More