Tim Berners-Lee, founder of the World Wide Web Foundation and who is credited with being the “founder” of the Internet, said today Internet access should be considered a basic human right while he lashed out at growing government censorship and commercial manipulation.

Tim Berners-Lee's view on net neutrality
Weighing in on the net neutrality debate and the National Security Agency’s efforts to bulk spy on citizens across the world, including its own citizens, Lee took a view on the issue that . . .

When Activist Attack: Keeping Activist Investors At Bay by Stanley Kirk of RiverWalk Capital Get The Full Warren Buffett Series in PDF Get the entire 10-part series on Warren Buffett in... Read More

Michael Mauboussin: How To Determine If Your Investment Performance Is Driven By Skill Or Luck

Are your portfolio returns down to skill or luck? Have you outperformed due to stock picking skill or just good luck, aided by the wider market rally? Conversely, has... Read More 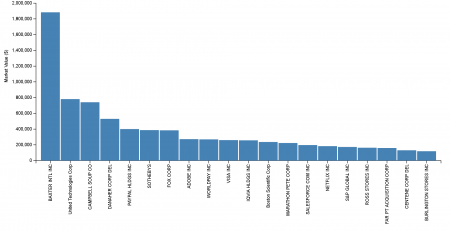 Below is our 13F roundup for some high profile names for the third quarter of 2019 (30 Sep 2019). These statements are generally seen as a barometer of hedge fund sentiment, even... Read More