Part two of ValueWalk’s interview with David Marcus, co-founder, CEO, and CIO of Evermore Global Advisors. The full audio available for everyone, transcript is for ValueWalk Premium readers. Check out part 1 here.

Hello listeners, this is the second part of the two part series with David Marcus.  Good morning podcast listeners, today is a very special episode.  I am here live with David Marcus the co-founder, CEO and CIO of Evermore Global Advisors.  He founded the firm back in 2009, before this he worked at Mutual Series Fund under Michael Price, in 2000 he founded Marcstone Capital Management, a long short Europe focused fund which was funded by a Swedish financer, Jan Stenbeck.  After this he was a managing partner of MarCap Investors where he was seated by Dan Stern of Reservoir Capital.  David graduated Northeastern University in business administration and concentration in finance.  I want to welcome David to the show and I want to welcome all our listeners to a very, very special episode.

Welcome to ValuTalks with Raul.

Very cool.  Can you talk about Latin America and the potential opportunities as well there and what you’ve seen?

Sure.  Currently we have … so we have nothing direct but we have indirect, and what does that mean?  We actually do have a Chilean … I guess it is direct, we have a Chilean fish farm, it’s a salmon farming company, it’s called Salmones Comanchaca, I will admit it took me a little while before I could just say it that smoothly.  But we own, I don’t know, north of 5% of the company.  But it’s listed on the Norwegian Stock Exchange, that’s why I kind of said it’s indirect, but it’s actually a salmon farmer in Chile that’s controlled by a family and here in the northeast in the United States they provide a shop, for example, with their salmon.  So that’s really our only direct asset in that region.  But it’s a region that has a number of families, and main owners of companies, it’s gone through a lot of stress and strain.  And, you know, it’s a region that has had sort of booms and busts over long periods of time.  And is also, and depending on which countries you’re in, a lot of national resources.  We have historically avoided all kind of resource type of investments, commodity businesses.  We like to only look at them when it’s just absolute sheer carnage and devastation, which is what drove us to shipping companies years ago.

Is Vipshop Holdings Ltd up to something fishy? More and more people seem to think so. Mirtha Forensic Research, an anonymous group of short sellers, put the China-based online discount... Read More

The Securities and Exchange Commission (SEC) is set to take a major step to rein in money-market-mutual funds on Wednesday. The SEC’s proposal would require only the riskiest funds to... Read More 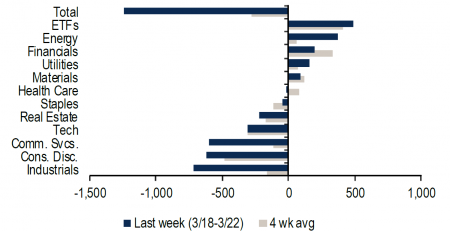 The equity markets have remained strong since the beginning of the year, but every so often, we catch a glimpse that this could soon change. Major stock indices like... Read More

Activist haters, Remember to hate the players (like Bill Ackman and Carl Icahn) and not the game (like unlocking shareholder value). Below is the relevant activist news and stories of... Read More