J.C. Penney Company, Inc. (NYSE:JCP) is instituting a new plan to block takeover bids for the next year. The plan, which was revealed in a statement released earlier today, will trigger if a single shareholder, or group of shareholders, owns more than 10 percent of the company. According to the company, the plan will not be triggered by the stake of current shareholder Bill Ackman.

The struggling retailer has been the target . . .

Sidd Mehta a value investor living in Asia talks about the lessons he learned from investing in Emerging Markets. In this interview with The Manual of Ideas, Sidd explains... Read More

The Italian Communications company Telecom Italia SpA (ADR) (NYSE:TI) (BIT:TIT) may have its debt rating cut to junk by Standard & Poor's, according to a report from Bloomberg breaking this... Read More 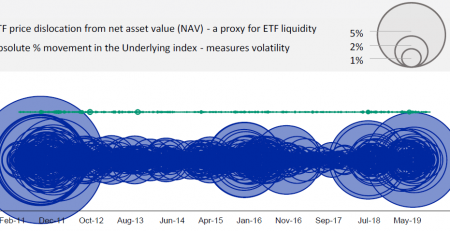 Moody’s Has Warning For Credit ETFs: Liquidity May Be Threatened By Underlying Asset Liquidity

Exchange-traded funds are generally seen as simple investment vehicles because they are passive in nature. They track their underlying index or assets, but the way they do so is... Read More

Charlie Munger: Most Investment Managers Act Like A “Racetrack Tout”

Chrysler: Imported From Detroit by Christopher Pavese, The View from the Blue Ridge The Chrysler Corporation was founded by Walter Chrysler in 1925 and remains one of the “Big Three”... Read More

A Bridgewater strategy document reviewed by ValueWalk shows the importance of leverage in the U.S. economy and how certain players are keeping an eye on all developments in this... Read More