Jamie Dimon has been in the news lately due to a seeming obsession over whether he will remain both the CEO and Chairman of JPMorgan Chase & Co. We have posted some exclusive coverage on that topic over the past few weeks. Nomura met with Jamie Dimon and discusses both JPMorgan performance as well as the corporate governance issue. Nomura has a nice chart (which we inserted below) on several large financial companies where the CEO is also Chairman of the board.

JPMorgan Chase & Co. (NYSE:JPM) is earning pretty good returns today thanks to a solid core (from consumer & commercial banking, to asset management, TSS, & Cards and even the flow in its IB), investments in organic growth, declining mortgage-related costs plus a ~$1bn expense save program. On the capital front, JPM expects the CCAR re-submission process to go smoothly, feels well prepared for any OLA-related debt requirements that may come, and does not think the capital-onerous Brown-Vitter bill is likely to gain traction. Overall JPM sees the US economy gradually improving and feels the housing recovery continues to have legs. We heard several constructive comments related to OLA, CFPB, Brown- Vitter, Volcker… (but life-of-loan reserving could pack a punch), and yes, we had a conversation on the upcoming proxy voting season.

The upcoming proxy vote and non-binding vote on the proposal to split the role of CEO and Chairman is clearly important to the company and to Jamie Dimon. Obviously this has gotten a lot of attention, so thankfully we’ll all know the outcome by the May 21st annual meeting. JPMorgan Chase & Co. (NYSE:JPM) believes the BOD should retain the ability to make that decision (along with many other important ones) and shareholders are responsible for electing the board.

While we understand both sides of the argument and Citigroup Inc. (NYSE:C)'s working out so far with its strong independent Chairman, we’ve never seen evidence that separation is better (Enron, Worldcom and others were separate…) and lots of big financials like Goldman Sachs Group, Inc. (NYSE:GS), Morgan Stanley (NYSE:MS) and State Street are combined today (see Fig 1). Bottom line, we don’t want to minimize the whale event, but still find it fascinating that some investors are considering shrinking the role of one of the best managers there’s ever been in the business.

On the other side, proxy advisor ISS recommended for the split. Even some larger asset managers do outsource their proxy voting processes, so this matters. However, we would note that, even under the advisors’ own policy guidelines, JPMorgan Chase & Co. (NYSE:JPM) appears to satisfy the requirements for good governance (and for a vote against the split), which includes requirements that encompass but are not limited to >2/3rds independent board, fully independent key committees, and a designated lead director with appropriate authority and the ability to influence the BOD agenda. What appears to put JPM off-sides on the vote decision is the singular “whale” event. While we agree (and are not trying to downplay it) that this was a lapse in risk management and governance, we also think the company’s response was strong, immediate, and now fully remediated. Also, to the extent it matters, we don’t see how splitting the CEO/Chairman roles would have made any difference in discovering earlier or preventing the “whale” event from occurring.

All in, it will be close, but we think the majority of investors will vote in agreement with the company under Jamie Dimon’s consolidated authority and believe in the strong culture and performance of the JPMorgan Chase & Co. (NYSE:JPM) franchise. In addition, we think shareholders will be reticent to endorse such changes in roles if there is any reasonable chance it could limit the ultimate tenure of Jamie Dimon as CEO (i.e. accelerate his retirement to 2 years from now rather than 5). 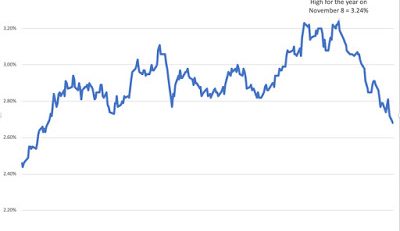 I must admit that I don't pay as much attention to fixed income markets, as I do to equity markets, other than to use numbers from the markets as... Read More

The stock market is lower yet again. There are numerous standard excuses for why the S&P 500 dropped from 2139 at 1 PM on Friday to trade near 2099... Read More 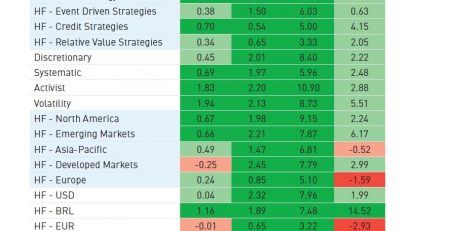