According to Japan's internal affairs ministry, the country as of last October has a population of 127.1 million people representing a drop of 0.7% from the last census that was conducted in 2010.

Japan needs more people
The drop in population doesn't come as a tremendous surprise as demographers had long predicted that this drop and were, quite frankly, surprised that it had taken this long to manifest.

Then primary reasons for the drop is Japan's falling birth rate and lack of immigration. Immigrating to Japan is no easy feat and the cost of living is so high that it's not high on a number of people's lists. Additionally, Japanese culture and language can be quite intimidating to non-Japanese poised to start a life there.

It’s no secret that the European Central Bank is worried about low inflation rates in Europe that look like they are heading toward deflation, or that ECB president Mario... Read More 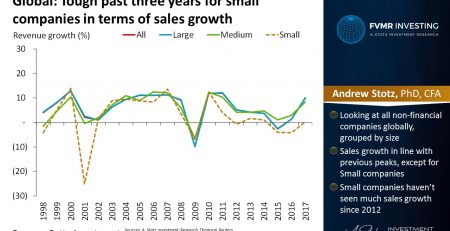 It Has Been Tough For Small Companies In Terms Of Sales

“The Fed Blinks,” blares a headline in an investment strategy piece from Bank of America Merrill Lynch today, one that takes the tone that the Fed catered to those... Read More

Value Investing In An Environment Of Accelerating Technological Change

Value Investing in an Environment of Accelerating Technological Change by Victor Wendl, WENDL Financial The director of research at Google, Ray Kurzweil, wrote a book a number of years ago... Read More