Japanese regional banks face an accelerating population decline. Some will see their key mortgage market (30-49 year olds) decline by over 20% over the next 10 years. As the playing field shrinks, regional banks will also now face a reinvigorated Japan Housing Finance Authority and a new mega contender in Japan Post Bank. Many will not be able to stay in the ring.

The following chart highlights the core of Japan’s three largest cities: Tokyo (including Kanagawa/ Saitama/Chiba), Osaka and Nagoya. 58% of the population lives outside of the highlighted prefectures (in grey) and largely bank with their local regional bank.

Demographic decline not only manifests via total population trends but also within age group dynamics. “Echo baby boomers” (children of “baby boomers”) now in their 30’s/40’s have been a substantial bulge working their way through the prime of their financial life cycle – as far as banks are concerned.

This bulge of “echo baby boomers” has been particularly significant for housing and mortgage markets. Those aged 30-49 account for 80.1% of first time purchasers of “ready-built houses & condos” and 75.2% of “second hand homes” (Ministry of Land). As well as 70% of mortgage borrowing via the Japan Housing Finance Authority. This age group of prime housing buyers aged 30-49 is set to decline by 16% over the next decade, some areas will be hit more than others with ten prefectures to see a greater than 20% decline.

Meanwhile their parents, the “baby boomers”, are hitting 70 and entering house selling mode. Beyond 70 “Physical Independence” declines at an accelerating rate (National Elderly Panel Survey). Elderly moving in with children or into retirement homes creates more housing supply. 18% of houses are already vacant in Japan, the Fujitsu Research Institute expects this to rise to 28% by 2028 (Link: Bloomberg). The Ministry of Land* forecasts 20% of towns will become depopulated (completely devoid of people) by 2050 and another 44% of towns will see a greater than 50% decline in population. The physical evidence of over supply can already be seen in my South West Japan trip notes and photos (Link: Here). Even in “relatively good” areas, abandoned houses were abundant with many being torn down to make parking lots or gardens. The decline in residential land prices seen this century looks set to continue, the implications for the mortgage loan market size and underlying collateral values for banks are concerning.

Mortgage lending in Japan has remained relatively flat this century, as “echo baby boomers” have passed through their prime house buying years land values have collapsed. Banks have meanwhile increased their mortgage loan books by +61% as government owned mortgage lenders gave up market share. Mortgage lending is now the largest segment of many regional bank loan books and has offset the corporate lending decline. There appears to be limited potential for banks to gain further mortgage market share.

To the contrary, the Japan Housing Finance Authority (JHFA), the largest government lender, is being reinvigorated as a policy tool by Prime Minister Abe, at the expense of the banks. In February 2015 the Abe cabinet expanded the discount on JHFA’s mainstay “Flat 35” (fixed 35 year syndicated loan) from 0.3% to 0.6% for earthquake proof and energy efficient houses. 60% of loans qualified for the “Flat 35 S” discount, loan applications duly doubled. The government funded discount applies for the first 10 years, after which the loan can be cancelled for a nominal charge. Media reports indicate the discount will soon be increased again from 0.6% to 1.0% (Link: Nikkei News). Another 0.4% decline in the Flat 35 S would make bank 10 year + fixed mortgages highly uncompetitive.

A new entrant is also applying to enter the mortgage market, one that would make the JHFA and all other banks look like minnows in the ring. The Japan Post Bank has applied for approval to provide direct mortgages and corporate loans. Whilst the likely date of approval is unknown, approval would make sense given Japan Post Bank is supposed to be a “Bank” (i.e. lend). The government recently increased the maximum deposit limit at Japan Post Bank and maximum life policy limit at the Japan Post Insurance, steps towards liberalisation. Japan Post suggests all limits would be removed anyway once the government has sold its stake below 50%. The Head of the Regional Banks Association recently said “We're not wrestling in the same Sumo ring (as Japan Post)” (Link: Here). Unfortunately they are about to be. As the following chart shows, the banks will be up against a phenomenal distribution platform.

Many Japanese regional banks are likely to see their largest market, mortgages, shrink. They are also likely to lose market share to behemoth semi-government players. As previously discussed, net interest margins will continue to fall at current rates as old higher rate loans roll off. Their ability to hide the earnings decline via one off equity gains is unsustainable (Link: Here). Regional banks face high operating leverage on any decline in revenues due to rigid fixed costs. Japan’s protective labor laws generally see employees receive significant severance pay. Whilst the Japanese FSA seems keen to see banks merge “almost 80 percent of Japanese regional banks surveyed by Bloomberg News said they want to remain independent” (Link: Here). My conversations with banks indicated that they see limited synergy benefits as banks already share IT platforms and have limited geographical branch overlap. This year’s earnings statements will likely show one cost cut, as the government has reduced the deposit insurance rate that banks pay. This insurance pool is aimed at protecting depositors against the likelihood of bank defaults … if you ask me they should have increased the rate.

There are a number of Japanese regional banks trading on above 11x P/E that operate within the 10 prefectures forecast to see a greater than 20% decline in 30-49 year olds. This is a premium to the MSCI World Bank Index currently trading at 10.25x P/E, I personally don’t know of any banks globally facing these magnitude of headwinds. Japanese regional banks are an appealing structural short. 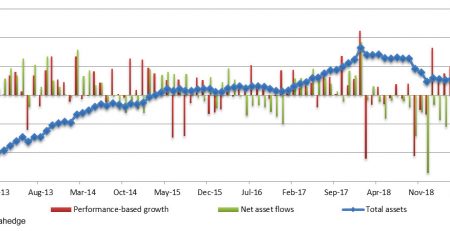