Performance data quoted represents past performance and is no guarantee of future results. Current performance may be lower or higher than the performance data quoted. Investment return and principal value will fluctuate so that an investor’s shares, when redeemed, may be worth more or less than original cost. As stated in the current prospectus, the Fund’s Investor Class Share’s annual operating expense ratio (gross) is 1.28%. The Fund’s adviser has contractually agreed to waive a portion of its fee and/or reimburse Fund expenses to limit total annual operating expenses at 1.25%, which is in effect until October 31, 2015. Other share classes may vary. The Fund charges a 2.0% redemption fee on shares redeemed within six months of purchase. For the most recent month-end performance, please call (877)328-9437 or visit the Advisor’s website at www.auxierasset.com. The recent growth rate in the stock market has helped to produce short-term returns that are not typical and may not continue in the future.

Auxier Focus Fund’s Investor Class returned a modest 0.25% for the quarter ended March 31, while S&P 500 (INDEXSP:.INX) rose 1.81%. The Fund ended the quarter with 70% in U.S. stocks, 16% foreign stocks, 1.7 % bonds and 12.3% cash. Since inception in 1999, the Fund’s equity exposure has averaged 72%. Our stockholdings in the healthcare industry generally gained for the quarter. But many of our multinational and foreign stocks were hurt by the threat of currency repercussions from geopolitical events in Russia and Ukraine. The foreign portion of the Fund is easily the most undervalued. Longer term, we see a very favorable risk/reward potential with our UK and European holdings. Some emerging market companies we follow are the cheapest in over twenty years. In allocating capital, we much prefer the gloom of down to flat markets and the corrective process that tempers exuberance. We remember that one of the prime derailments of consistently high compound returns is overpaying and over-borrowing, both of which most often takes place in “good times.”

In higher markets, to help protect on the downside, we tend to search for ideas where changing industry dynamics and a “managerial event” can help to create a catalyst to drive value creation. These are more market “agnostic” and less tied to the overall supply/demand of stock prices. In the healthcare industry, we are seeing the seeds of a major restructuring in which conglomerates are under pressure to dismantle and refocus on specific areas of strength. Fund holdings like GlaxoSmithKline plc (ADR) (NYSE:GSK) (LON:GSK), Merck & Co., Inc. (NYSE:MRK), Baxter International Inc. (NYSE:BAX), Zimmer Holdings, Inc. (NYSE:ZMH), Pfizer Inc. (NYSE:PFE) and Johnson & Johnson (NYSE:JNJ) are examples of proactive managements taking actions to streamline operations. Many of those companies were purchased at bargain prices two years ago in the height of pessimism surrounding the uncertainty of healthcare reform.

In Europe, the telecom industry offers opportunities amid rapid consolidation. There are over 100 Euro phone companies in contrast to a handful in the U.S. Merger activity is acting to lift values and may likely benefit operators like America Movil and Telefonica. Multinational oil companies in the Fund such as BP plc (ADR) (NYSE:BP) (LON:BP), Chevron Corporation (NYSE:CVX), ConocoPhillips (NYSE:COP) and Exxon Mobil Corporation (NYSE:XOM) are scrutinizing capital spending and downsizing through spin-offs to more effectively compete and earn higher rates on investment. Chemical companies like E I Du Pont De Nemours And Co (NYSE:DD), The Dow Chemical Company (NYSE:DOW) and LyondellBasell Industries NV (NYSE:LYB) have benefitted from low natural gas inputs driven by technological advances in horizontal drilling and so-called fracking.

Opportunities Along the Food Chain

Living on a farm for the past twenty-six years has helped me to identify investment trends along the food chain. From grass-fed beef, free-range chickens, nuts to GPS technology and drones. Today there is a much greater understanding of the impact of nutrition and health. Evidence suggests that many illnesses can be traced directly to mineral deficiencies. In fact, the latest advances in cancer research are centered on mitochondria cell energy and boosting the immune system. Immunotherapy is the prevention or treatment of disease with substances that stimulate the immune system. This is one of the most exciting areas in medical research and may play a critical role in reducing healthcare costs. The Kroger Co. (NYSE:KR) is an example of a U.S. grocer in the portfolio that has successfully transitioned toward the trend of eating better to become the number two seller of organic food in the country.

The growing middle classes in emerging markets globally are demanding better quality foods (protein) and beverages. To serve the expected boom in demand, the world will have to produce as much food in the next 40 years as it has in the past 10,000. Over the next ten years, per capita GDP is expected to run nearly five times faster in the economies of emerging nations (source: Value Line). By 2020, the Chinese middle class is expected to be 640 million, up from 300 million today. The Chinese are following a policy of “social stability,” one in which food availability and economic equality are driving many decisions. (source: Progressive Farmer). It is estimated that over 20% of China’s farm soil is contaminated with numerous forms of toxins. Food and water safety concerns continue to escalate. In California, extreme drought conditions and water politics are creating shortages. The prospects for an El Nino weather pattern later this year could further disrupt food supplies. These factors all contribute to firm pricing and a positive outlook for U.S. farmers. Food retailers who can innovate in delivering products with quality backed by integrity will excel. We like food and other dull industries that have typically endured the challenges of both inflation and deflation. During the 1970s, a period of easy money and high inflation, supermarkets outperformed with high inventory turns and low mandatory capital requirements.

During the financial crisis that bottomed in 2009, we were aggressive buyers of distressed corporate debt as interest-rate spreads widened in excess of 21%. We were well compensated for the risk. Today the spread is less than a measly 5%. The twin risks of potentially losing purchasing power and principal currently contribute to a poor risk/reward dynamic in the bond market overall. Since the Federal Reserve was established in 1913, the U.S. dollar has lost 96% of its value. (source: Bureau of Labor Statistics). So $1000 would now be worth approximately $40. Contrast that with $1000 invested in Philip Morris stock in 1925. That stake would have grown to well over $100 million today. (source: The Future for Investors).

Speculation abounds in the stock market. Take, for example, the rush of investors into so-called cloud computing companies, which are attracting massive capital spending and smack of the internet and fiber optic infrastructure spending boom in the late 1990s. I remember going to Omaha to attend a Berkshire Hathaway Inc. (NYSE:BRK.A) (NYSE:BRK.B) meeting in 1999. Then the rage was Level 3 Communications, which was spending aggressively expanding fiber-optic networks. The reputation of Peter Kiewit as a major investor led to a huge following and stampede by Omaha investors into the stock. Two meetings later the stock had dropped over 75%. We live in a world where data generation is exponential, and supply gluts can develop rapidly, especially in times of euphoria.

The Economist recently revisited five financial crises, and the conclusion can be summed up by Walter Bagehot, the magazine’s editor-in-chief from 1860 to 1877. He argued that financial panics come when “blind capital” floods into unwise speculative investments. Today, over 70% of the companies that have come public the last six months have no earnings, and have been priced over ten times sales.1 By comparison, the typically profitable S&P 500 stocks average 1.7 times sales.

The good news is that this country still leads in the investor’s trinity of rule of law, innovation and integrity in financial markets. The government takings in Russia have further motivated foreigners to relocate assets into the United States. Chinese buyers in San Francisco and Latin American buyers in Miami are an example of just two cities where foreign investors have been seeking a safe place for investment.

Jeff Auxier: How We Manage Risk

Much more homework and selectivity is needed to effectively compound money in today’s higher priced investment climate. Grinding through 1000-1500 companies a year, we see pockets of opportunity but areas of extreme risk as well. With over 40,000 hours of cumulative research on individual stock and bonds through numerous market declines, we should be able to add value in assessing and quantifying risk. Our first question every day is, “how much can we lose and what is the margin of safety?” This conservatism penalizes us in momentum markets such as we’ve had in recent years. But many times we have been able to make up lots of ground when times get tough.

We appreciate your trust.

Performance data quoted represents past performance and is no guarantee of future results.

Before investing you should carefully consider the Fund’s investment objectives, risks, charges and expenses. This and other information is in the prospectus, a copy of which may be obtained by calling (877) 328-9437 or visiting the Fund’s website. Please read the prospectus carefully before you invest.

The Fund may invest in value and/or growth stocks. Investments in value stocks are subject to risk that their intrinsic value may never be realized and investments in growth stocks may be susceptible to rapid price swings, especially during periods of economic uncertainty. In addition, the Fund may invest in mid-sized companies which generally carry greater risk than is customarily associated with larger companies. Moreover, if the Fund’s portfolio is overweighted in a sector, any negative development affecting that sector will have a greater impact on the Fund than a fund that is not overweighted in that sector. An increase in interest rates typically causes a fall in the value of a debt security (Fixed-Income Securities Risk) with corresponding changes to the Fund’s value.

The S&P 500 Index is a broad-based, unmanaged measurement of changes in stock market conditions based on 500 widely held common stocks. One cannot invest directly in an index. 1. Price-To-Sales Ratio – PSR’ A valuation ratio that compares a company’s stock price to its revenues. The price-to-sales ratio is an indicator of the value placed on each dollar of a company’s sales or revenues.

The views in this shareholder letter were those of the Fund Manager as of the letter’s publication date and may not reflect his views on the date this letter is first distributed or anytime thereafter. These views are intended to assist readers in understanding the Fund’s investment methodology and do not constitute investment advice. 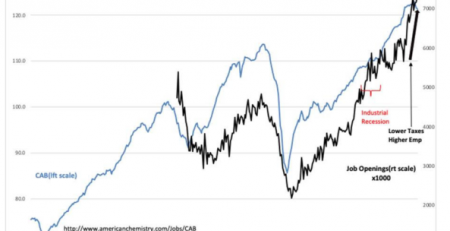 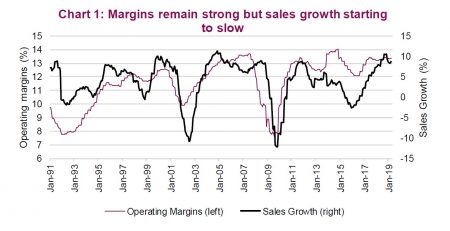 Koo: QE Has Failed In Europe, The UK And Japan “When I spoke with European monetary authorities last month, there were a number of discussions that gave food for thought.... Read More

Forget nuclear wars or a shortage of water - Illegal Mining and the start of the sand wars has just begun When illegal mining is mentioned, the first thing that... Read More

Kyle Bass On Potential War Between Japan And China

Via Steven Drobny Drobny Capital, author of Inside the House of Money: Top Hedge Fund Traders on Profiting in the Global Markets H/T Mebane Faber Kyle Bass lived in relative obscurity until 2007, when he burst... Read More