Jeremy Grantham: The Problem With Being Contrarian – ValueWalk Premium

In his recent interview on the Meb Faber Podcast, Jeremy Grantham discussed the problem with being contrarian. Here’s an excerpt from the interview:

Grantham: Of course, I did want to add that I can say with a clear conscience that we were at our maximum bearishness in March of 2000. And at a maximum all-time bullishness in March of ’09. And a very interesting question is does that make it a viable business strategy?

I’m not so certain. Because being a contrarian, as Keynes pointed out in his famous chapter 12 of the general theory, “It’s a hair raising business because if you’re right on your own,” he would argue that the committee pats you on the head while you’re in the room, and then describes you, as you leave the room as a dangerous eccentric.

And if you’re wrong on your own, they shoot you, that’s it, out of hand, bang! Whereas if you’re wrong together, nobody gets shot. You go off the cliff together, endless banks doing the wrong thing at the wrong time. And maybe they find a complete idiot who’s been actually cheating a bit. And they showed him that basically, there’s huge comfort from company in terms of career risk. And that’s why you never hear a good bear case from Goldman Sachs, or Morgan Stanley, or whatever.

You may hear it from one individual once in a blue moon, but you don’t hear it from the enterprise in total because it’s lousy business. They’re not in the business of engaging in lousy business. So, since you can never get the timing perfectly, otherwise, whoever could don’t have the will as well. Since you can’t get the timing right. You know, in general, you’re going to be too earlier, etc. So why not just tout the bull market and say, “It’s cheap. It’s cheap. It’s wonderful. Jump on. Jump on.” 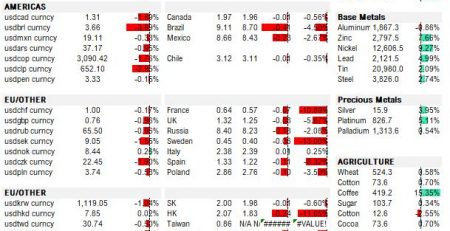 Global equities rallied in week 5 on the back of a dovish Federal Reserve — with Asia, Latam, and EM all rising 4%+. Technology and real estate were notable... Read More

Tweedy Browne May Close Funds Amid Lack Of Value

Tweedy Browne Fund Q2 Commentary With the VIX (proxy for market volatility) at its lowest level since 2007, it is not surprising that investors’ tolerance for risk appears to be... Read More