Here is an excerpt from Value and Opportunity on a book review of Jim Collins' “Built to Last: Successful Habits of Visionary Companies” followed by a little something on the book.

“Built to Last” is a managment literature classic, first published in 1994. It has been reviewed and critized many times already, so I just want to provide a very short summary:

The author analyzes 18 companies which were successful for a very long time and compares them to less successful companies in order to find out what set them apart. The most important point seems to be that the company is a “visionary company”, meaning that the company has a clear mission which is not only earning as much money as possible but something in the way of “We want to make people happy” (Disney). Combined with “core values” and “really big goals”, this, according to the author is the secret sauce for a long term successful organization.

Looking at those 18 companies clearly shows that since the book was written, not all the companies were great successes for their shareholders. Citigroup, Ford, Motorola were clearly not performance stars, on the other hand, a couple of o the companies (AMEX, Wal-Mart, IBM) are long-term successes and core holding of our value investing Hero Warren Buffett.

Is the book relevant for investing and if yes how ?

I think the answer is clearly “YES” and those are the 3 major points in my opinion:

1. Many current CEOs have read this book (and many future CEOs will read it) and try to act accordingly

For instance the “3G story” of the Brazilians who now run Anheuser Busch Inbev SA (ADR) (NYSE:BUD), H.J. Heinz Company (NYSE:HNZ) and Burger King Worldwide Inc (NYSE:BKW) seem to have clearly taken this book as blueprint for their strategy. “Dream Big”, core values such as meritocracy, honesty etc. were clearly inspired by this. Edit: And yes, Jim Collins has actually written the foreword to “dream Big” and he seems to have worked with “mastermind” Leman for a long time.

Full article via Value and Opportunity

Drawing upon a six-year research project at the Stanford University Graduate School of Business, James C. Collins and Jerry I. Porras took eighteen truly exceptional and long-lasting companies and studied each in direct comparison to one of its top competitors. They examined the companies from their very beginnings to the present day — as start-ups, as midsize companies, and as large corporations. Throughout, the authors asked: “What makes the truly exceptional companies different from the comparison companies and what were the common practices these enduringly great companies followed throughout their history?”

Filled with hundreds of specific examples and organized into a coherent framework of practical concepts that can be applied by managers and entrepreneurs at all levels, Built to Last provides a master blueprint for building organizations that will prosper long into the 21st century and beyond.

Built to Last became an instant business classic. This audio abridgement is read by the authors, who alternate chapters. Collins is a bit breathlessly enthusiastic, but clear and interesting; Porras, unfortunately, is poorly inflected and wooden. They set out to determine what's special about “visionary” companies–the Disneys, Wal-Marts, and Mercks, companies at the very top of their game that have demonstrated longevity and great brand image. The authors compare 18 “visionary” picks to a control group of “successful-but-second-rank” companies. Thus Disney is compared to Columbia Pictures, Ford Motor Company (NYSE:F) to General Motors Company (NYSE:GM), and so on.

A central myth, according to the authors, is that visionary companies start with a great product and are pushed into the future by charismatic leaders. Usually false, Collins and Porras find. Much more important, and a much more telling line of demarcation between a wild success like 3M and an also-ran like Norton, is flexibility. 3M had no master plan, little structure, and no prima donnas. Instead it had an atmosphere in which bright people were not afraid to “try a lot of stuff and keep what works.”

If you listen to this audiocassette on your daily commute, you may discover whether you are headed to a “visionary” place of work–and, if so, whether you are the kind of employee who fits your employer's vision. (Running time: two hours, two cassettes) –Richard Farr

What makes a visionary company? Built to Last, written by a team from Stanford's Graduate School of Business, compares what the authors have identified as “visionary” companies with selected companies in the same industry. The authors juxtapose Disney and Columbia Pictures, Ford and General Motors, Motorola and Zenith, and Hewlett-Packard and Texas Instruments, to name a few. The visionary companies, the authors found out, had a number of common characteristics; for instance, almost all had some type of core ideology that guided the company in times of upheaval and served as a constant bench mark. Not all the visionary companies were founded by visionary leaders, however. On the whole, this is an intriguing book that occasionally provides rare and interesting glimpses into the inner workings and philosophical foundations of successful businesses. Recommended for all libraries. Randy L. Abbott, Univ. of Evansville Lib., Ind. 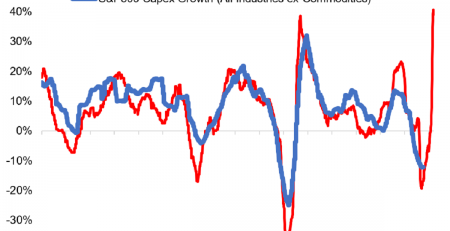 Most U.S. equities advanced during the first quarter in a volatile session characterized by a sell-off in emerging market currencies, increased geopolitical tensions, and the transition of leadership at... Read More

Federal regulators announced that Egan-Jones Ratings Co and president, Sean Egan, filed official documents that exaggerated their expertise when it comes to credit ratings.  The SEC said that the... Read More