Is August the End Date for The Current Initial Claims Boom? – ValueWalk Premium

Initial Jobs Claims came in at an amazing 282K, a 9K improvement from the prior week and 8K better than expected.

Jobs Claims have now been floated around 300K for around one year.

Unsurprisingly, past economic booms have almost always ended after spending some times around the 300K level.  This level was the floating point in January 1989, April 2000, January 2006, and most recently.

The current Initial Claims improvement cycle began six years ago, on March 22, 2009.  The recovery/boom from the technology boom last about four and one half years, from September 23, 2001 to January 2006 . . . 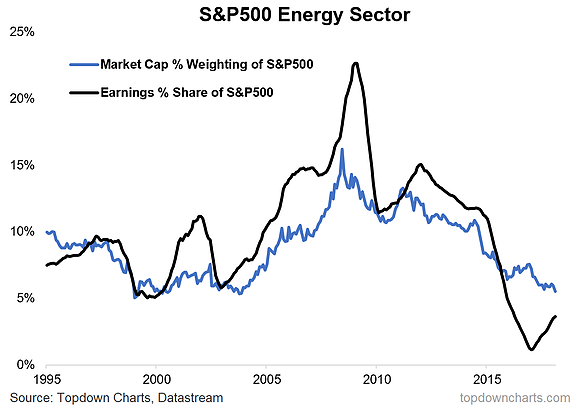 This week the "Chart of the Week" looks at the energy sector of the S&P500 and specifically how it fits in in terms of market capitalization weight and share... Read More

Measuring The Impact Of Protests On Stock Prices

Economic Growth: Wages And The Productivity Paradox Sluggish wage growth and weak productivity growth are two trends that investors and analysts need to keep an eye on next year according... Read More