Could France be the next target of bond vigilantes?  France is the second largest economy in Europe, and is experiencing some serious economic problems. John Mauldin talks about the European debt crisis, and focuses on France, which he thinks could be the next big problem for the Euro-Zone. He says that France is Spain now, and is basically bankrupt. France could act, but it will lead to riots like it did in Spain. France has too much debt and they are not dealing with . . .

A Martin Shkreli musical is planned to wade into the life of the price-popping pharmaceutical industry buy-out artist who famously thumbed his nose at Congress on his way to... Read More

In the run-up to the much heralded Alibaba IPO, IG has been offering a grey market on the anticipated value of the e-commerce giant at the close of the... Read More

15 Of Our Favorite Value Investing Resources You Should Bookmark Today

It takes years to build up an investment strategy that you're comfortable with, and part of this process is building up a library of information to help develop your investment... Read More

Yesterday in the heat of a market sell-off, as former U.S. Treasury Secretary Larry Summers added fuel to the fire by addressing what some see as the real issue... Read More 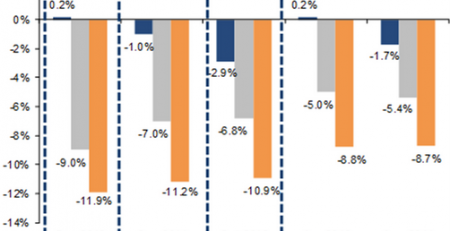 December was simply a brutal month for equity hedge funds. Every equity fund which has reported December returns was in the red—until now. A source familiar with the matter... Read More