Many hedge fund managers in the U.S. donate money to charity, and some of them have set up their own foundations to distribute their millions. John Overdeck of Two Sigma Investments is one of those who have established their own foundations, and we can get an idea about his favorite funds by reviewing his foundation's annual report.

The Liscio Line -- Fear Factor by Danielle DiMartino Booth, The Liscio Report On The Economy Blog I sure hoped that instruction manual was in the same Spanish I was trying... Read More

Jeffrey Smith’s hedge fund Starboard Value LP has filed its 13-f for the first three months of 2013. The document, which shows the long positions held by the hedge... Read More

The questions regarding potential slight of hand accounting at Quindell PLC (LON:QPP) (OTCMKTS:QUPPF) continue after the firm posted monster first half earnings but the stock fell over 10 percent,... Read More

One of my favorite investing books is The Outsiders: Eight Unconventional CEOs and Their Radically Rational Blueprint for Success, by William N. Thorndike. In fact it’s also the top choice on... Read More

There are two possible ways the intelligent investor can benefit from the wide fluctuations in stock prices, according to Benjamin Graham's second book, The Intelligent Investor. Q1 2020 hedge fund... Read More 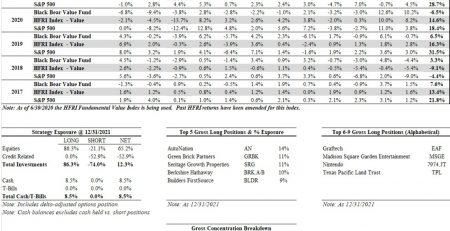 What we know – and don’t – in the Credit Suisse case