JPMorgan Chase & Co. (NYSE:JPM) and Wells Fargo & Co both reported earnings before the market opened on Friday. Wells Fargo & Company (NYSE:WFC), reported a 13% decline in mortgage volumes; JPMorgan Chase & Co. (NYSE:JPM) reported a 3% uptick. A simple weighting of the average MBA purchase money and refinance index for the period suggests an overall sequential increase of about 2% for the March quarter.

Gain on Sale or Revenue Margins

Put Back Cost and MSR values

Given the significant overlap that JPMorgan Chase & Co. (NYSE:JPM)’s commercial segment and Wells Fargo & Company (NYSE:WFC) an analysis of their results provides insight into the upcoming 1Q13 releases of the mid cap banks. Credit Suisse has an analysis of JPMorgan and Wells Fargo earnings and what it means for the smaller banks.

Mortgage banking gain on sale margins mixed with WFC’s remaining flat and JPMorgan’s falling 30% q/q: We estimate WFC’s GoS margin remained flat at 2.56% while JPMorgan Chase & Co. (NYSE:JPM)’s declined to 1.89% from 2.75%. For WFC, the margin likely benefited from two factors: (1) revenue recognition at closing and (2) mix of retail / correspondent originations shifting toward retail (~55/45 in 1Q13 vs. ~50/50 in 4Q12). However, WFC did note that GoS margins are likely to decline from this level in 2013. At JPMorgan, the mix shift between retail / correspondent tilted modestly toward correspondent. MSR valuations improved 3bps at WFC and 5bps at JPM, which should be a modest positive indication for regional MSR valuations, which we currently forecast to improve ~2bps q/q.

JPMorgan’s mgmt. noted on the earnings call that refi volumes have picked up again: As rates have declined recently, mgmt. expects refi volume to remain strong into 2Q13 now. This should be a modest positive relative to the latest MBA forecast, which embedded a 2.1% 10-Yr in 2Q13 and a 32% q/q decline in refi volumes in 2Q13. 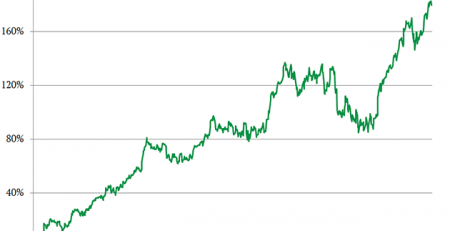