The news comes months after the nation's biggest bank (determined by assets) ditched its plans for a monthly fee plan on debit cards tied to checking accounts. The bank didn't receive support for it from consumers and lawmakers; other banks also dropped the plan.

So what are the new pre-paid cards? To date, J.P. Morgan's Chase (CCF) retail unit is the largest big bank to launch them; they are usually targeted to consumers who can't afford fees that are tagged onto traditional checking accounts.

Prepaid debit cards aren't connected to a checking account. Customers add money to the cards for a monthly fee and can then utilize them to make purchases, similar to a regular credit or debit card. Paychecks may also be directly deposited onto these cards and bills can also be paid, according to The Wall Street Journal.

In April, Chase started these cards in 200 branches while trying to persuade affluent customers to get a bank credit card.

Called, the Chase “Liquid” card, it will come with a $4.95 monthly fee and a Visa logo. Customers are neither charged when adding money to it nor when withdrawing cash from Chase ATMs or tellers.

What does this mean for Chase? Customers may pay less for the new cards as compared to a basic Chase checking account; the current charge is $12 per month when either a minimum balance rules isn't met or other reasons to waive fees.

Chase will join some other banks that already offer the prepaid cards. They include: U.S. Bancorp (NYSE:USB), BB&T Corp. (NYSE:BBT) and Regions Financial Corp. (NYSE:RF).

Why prepaid cards now for Chase? They can negate the more than $15 billion in annual industry revenue that is now gone from new banking regulations. Chase has been hard hit by these and has said about two-thirds of its customers that carry under $100,000 in deposits and investments will not be profitable for the bank from these regulations.

In addition, customers with low balances are also unprofitable because banks must still pay employee overhead to maintain and service them.

Ryan McInerney, Chase's chief executive of consumer banking, said, “What we did is design a product for customers who want a low-cost alternative to traditional checking accounts and banking accounts, and for people really looking for the control and flexibility of the design that we put in place.”

But perhaps here's the real reason the banks find prepaid debit cards alluring: they are basically exempt from the “Durbin amendment.” This federal law cut half the amount that banks can get from merchants for taking debit transactions. In other words, merchants end up paying more for customers using prepaid cards.

But customers without a bank relationship still prefer just to pay for a prepaid card in a convenient checkout line as opposed to an unfamiliar bank.

One way to remedy this has been to stop selling the cards in bank branches. Wells Fargo  & Co. (NYSE:WFC) stopped doing this last year and now only sells the cards online. BBT, however, has found great success selling the cards at branches and they have “exceeded our expectations without a doubt.“

Meanwhile, Chase hopes to attract news customers to the bank with the cards. The company plans to look at the usage of them and determine what is the best option for the consumer. 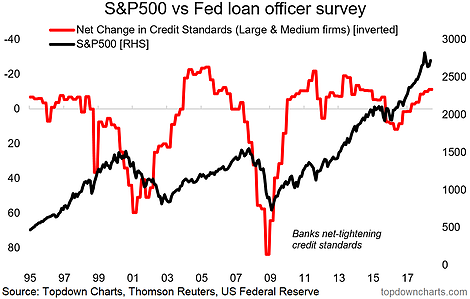 An interview with billionaire investor and Co-founder of Oaktree Capital, Howard Marks. In this interview Howard discusses topics from his book, The Most Important Thing. Topics range from his... Read More