Ken Langone, Home Depot founder guest-hosted Bloomberg TV‘s “Market Makers” today and discussed the U.S. economy, the Obama administration, generational theft, along with Wall Street banks and director pay. On generational theft Ken Lagnone said “I like to get a bunch of old geezers in the room and say, you’re on an island with your grandchild. You have one meal left. One of you is going to starve to death. What are you as a grandfather going to do? Everyone says, I give the food to my grandchild. They are not doing that now. We are not doing that now.”

Ken Langone on the Obama administration: “I think the administration, I’m sorry to say, is anti-business. I don’t know, I can’t prove it, my opinion — my gut says, ‘if you’re a business man, we don’t like you.'”

Ken Langone on Jamie Dimon: “I love Jamie. As a person.  I know him well personally. He’s probably the finest CEO across any business in America and probably in the world.”

Ken Langone on bank director pay: “First of all, I’m a serial over payer. Ask Elliott Spitzer. That is why he came after me. I won. I beat him bad.”

Video and excerpts from the Ken Langone interview below:

Langone on whether the economy is growing:

“It is not and it won’t…Rather than focus on the numbers, I think the bigger issue is regulation. I think many businesses are asking, how can I do more with less? for example, you look at P&G the other day, a lot of these wonderful companies…topline growth is tepid. Why? Because the economy, the numbers demonstrate and confirm, that our economy is just sort of moving along. i argue that if you give us a playing field that we can take risks and be successful that may take in those risks, we will do what we have to do in business. But with this new health care law, which I was a staunch opponent of big time, it is like someone that you watch them eating the food they should not eat and they cannot lose weight. When they get on the scale, the truth be known. next January when this law hits — I don’t know if there’s any truth to it, but Politico said yesterday that both houses of congress and both parties were in cahoots with the white house to figure a way out where they and their staffs could be exempt from the exchanges. I certainly hope that is not the case, because if it is, the American people need to understand that this is how egregious this law is. They all know it. Now they’re getting down to the moment of truth. It is coming. There is a train coming at us.”

“Every morning when I wake up and every day when I go to bed, I am an optimist. My wife says I am Pollyanna. I am an optimist, I’m a risk taker. I love to see things happen, ok? I think all of us that are built like me would say, you know what? Let’s go. Let’s take the half full cup and full it up. let’s not take the half empty cup and worry about it going down. It is that simple. Look, we are blessed not only with natural resources, we are blessed with the greatest collection of entrepreneurs in the world, both in absolute numbers and as percentage of our population. we are an entrepreneurial society.”

On the Obama administration’s stance on business:

“I think the administration, I’m sorry to say, is anti-business. I don’t know, I can’t prove it, my opinion — my gut says, ‘if you’re a business man, we don’t like you.'”

“Maybe there is a belief there, let government do it. And there is. This argument big government vs. small government is a valid conclusion of where we are. trust me, we will figure a way out. If we are capitalists, and we are, we will figure out a way to get the job done in a way that the customer is satisfied and we treat our shareholders right.”

Ken Langone on why he believes that the old are prospering at the expense of the youth:

“I don’t believe it, it is proof positive. It is here. This is not a religious or spiritual belief, this is math. It is here. These kids are going to be busted. I had the good fortune to be invited to speak as a keynote speaker at a real estate conference at the University of Missouri and I could talk about whatever I wanted, which is always dangerous. You never know. I talked about generational theft and intellectual diversity. Let me frame the generational theft. I had a bunch of wonderful students, nice people. I said, how many of you are concerned about environment and everyone raised their hands. They’re worried about tigers and elephants and bees being able to pollinate. We know they’re worried. I said it is very interesting. how can you be interested in that and not be interested in what is going to happen to you in 50 years because of the way I am robbing you now? I speak only of myself. I like to get a bunch of old geezers in the room and say, you’re on the island with your grandchild. You have one meal left. One of you is going to starve to death. What are you as a grandfather going to do? Everyone says, I give the food to my grandchild. They are not doing that now. We are not doing that now.”

“My wife and I, we just got a nice 3% or 4% raise. Close to $50,000 a year we get in Social Security. If you are right that I am worth all of this money I’m worth, if you want to think that, let’s assume you are right, explain to me why I should get anything from the federal government or any government, ok? If we don’t understand what is happening to these children who one day will be seniors, let’s hope to god when I was 20 when I didn’t think about being 77, guess what? I am here. I won. This country gave me such an enormous opportunity and I had so many people helping me along the way. Guess what? It works. We have to stop this. We will go broke. These kids are being ripped off. I appealed to them on Monday. I said, the only reason it is not happening is because there are lobbyists and organizations out there to protect old guys like me, but the Congress don’t hear a voice of you kids. Trust me. If a Congressman or Senator is confronted with, I have this many people against the law and this many people for it, you are going to have more honest decisions than if you have AARP — and I am not a member and will not be because I don’t think what they’re doing is necessary constructive.”

“Goldman and JPMorgan did not want the money. They did not need the money. Paulson said, you’re going to have that advantage competitive, you’re going to brag that you don’t need the money like ford motor co. did. Let me tell you something, let’s understand something. This happened under the Republican administration. George Bush was president and Hank Paulson the Secretary of Treasury. I don’t get what you are saying everybody else is sick and dying of cancer, I’m going to give you the same chemotherapy we are giving them because you’re going to go around and tell people, hey I’m healthy and going to be ok. The logic? By the way, I am glad Paulson won his argument. I am a big investor with JP and also Wells Fargo.”

“The halo effect is alive and well in banks. The one thing I know every single morning when I wake up, whatever I am involved in, it is entirely possible that if I do some stupid things or make some bad decisions, I can go broke. That is a powerful force to be reasonable and rational. I think last year, you know what that did for me? It proved to me what a great bank Jamie [Dimon] runs. He still had record earnings.”

“I love Jamie. As a person. I know him well personally. He’s probably the finest CEO across any business in America and probably in the world.”

Ken Langone on whether he should be able to stay CEO and Chairman:

“This is nuts…he should be both. Go to Europe where they’d split them up. Where are the results? Where are the economic results? This whole nonsense of governance is a lot of horse feathers to me.”

Ken Langone on how to hold yourself accountable if you are Chairman and CEO:

“I don’t have to, because I have five or seven or nine people in a room that will fire me if I do the wrong thing. Here is the dark secret. We’re paying directors today so much money today that they’re not independent anymore.”

Ken Langone on how much directors should be paid:

“You cannot pay them enough money. First of all, I’m a serial over payer. Ask Elliott Spitzer. That is why he came after me. I won. I beat him bad. It is not a matter of how much pay them, but their motives. I believe every single director that signs on does not get any money. The money you agree to pay them goes towards buying stock until they have a certain amount of money invested in that company. They get no cash fees out of it. I have a policy, by the way, which has worked wonderfully for me. I did not go on the board unless I was willing to invest a certain amount of money. Thank god. Look at Yum! Brands. One of my best investments in 15 years.”

Ken Langone on the best run bank in America today:

“Certainly you would have to say JPMorgan and Wells Fargo.”

A disabled man accused in the Libor rigging scandal while working at Barclays Plc has a tough story to tell. He testified in court his boss, whom he credits with... Read More 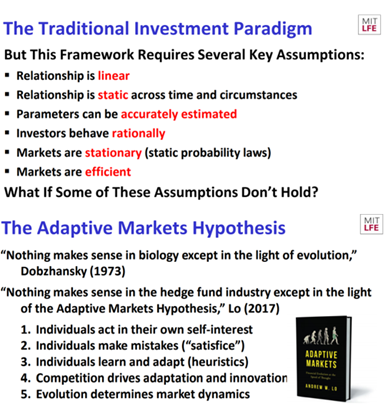 Behavioral finance is central to value investing. This is a quote that Jim Kelly, director of the Gabelli Center for Global Security Analysis at Fordham University, stated leading up... Read More