This is the quarterly letter for Kerrisdale Partners for the quarter ended December 31, 2015.

We are long Brown & Brown Insurance (BRO), the sixth largest insurance brokerage firm in the US, and the most dominant player in the mid- and upper-mid-market. Brown has grown faster than all its peers over the past decade, has converted a higher percentage of its EBITDA to free cash flow, is exposed to faster growing end markets over the long term, and provides much better upside optionality to a rebound in commercial insurance pricing. And yet the security is remarkably cheap: a trailing 7.5% and a forward 8.25% free cash flow yield provide an ample valuation floor for a capital-light business that we believe can compound per-share free cash flow at 10-15% rates for years to come.

To understand the unique niche occupied by Brown, a brief contextual description of the insurance brokerage market is in order. At the large end of the market are the “Big 3” brokerage firms: Aon, Marsh & McLennan, and Willis. These firms provide insurance to Fortune 500 and other multi-national companies. The Big 3 (or 4 if one includes A.J. Gallagher) provide a combination of insurance brokerage, reinsurance brokerage, risk management and HR consulting to the large enterprise segment of the market. As they’ve gotten bigger over the past decade, their revenue models have shifted from commission-heavy payments to a steadier stream of annual fees for their integrated services.

Brown, on the other hand, operates in a completely different expanse – it’s the 800-pound gorilla in the domestic mid-sized-company insurance brokerage market. Brown supplements its organic growth by acquiring small brokerage practices with valuable books of business, plugs them into the Brown back office, and acclimates them to a greater array of insurance products than they had while independent. Save for the Brown & Brown shingle that would now be hanging from their doors, these brokers are free to work independently. This decentralized, performance-based culture means that Brown’s revenue stream is composed almost entirely of brokerage commissions rather than fees. Brown’s commission-heavy business model is a double-edged sword: on the one hand, it incentivizes brokers to try and write as much business as possible and leads to a healthy broker-centered culture. On the other hand, commissions are generally a function of insurance premiums, and property/casualty insurance pricing has been in what’s known as a “soft market” since 2004:

Brown has been able to grow through the soft market by finding attractive acquisition targets in addition to generating low-single-digit organic growth by gaining market share. But competition for small brokers has recently been heating up, and the insurance market shows no sign of hardening any time soon. This has led to a gradual de-rating of Brown’s valuation multiples. Brown currently trades at a 2016E EV/EBITDA multiple of 8.5x even as its publicly traded peers all trade at significant premia (ranging from 9x-11.5x). And the stock price, recently $29 per share, implies a 2016 free cash flow yield of about 8.25%, higher than at any time in the past decade except for a few months in the beginning of 2009.

This valuation seems to unduly weigh the aforementioned negatives without considering just how good of a business Brown & Brown really is. Insurance brokerage is a capital-light business that has, over time, grown faster than nominal GDP. Over time, insurable asset values rise along with the sheer quantity of insurable assets. Additionally, Brown’s insurance brokerage is a good business even when the insurance market is doing poorly. When organic growth goes negative, as it did for Brown from 2007-2011, the annual revenue declines are minimal, in the 2-5% range. Meanwhile, those types of markets also play perfectly into Brown’s long term acquisition strategy, allowing the firm to acquire higher quality small brokers for lower than average multiples, with little competition from other acquirers.

Through the course of a full insurance market cycle – including both hard and soft markets – Brown should be able to grow its earnings through a combination of 5-7% organic growth, accretive acquisitions, share buybacks, and margin expansion as SG&A grows slower than the revenue base. All in, this should add up to 10-15% compounded earnings growth, with the added benefit that fundamental downside risk is effectively limited – Brown’s worst annual revenue decline over the past 15 years was a 0.7% tick down in 2009, and the worst peak-to-trough decline in unlevered free cash flow was -10% in the two years prior to that. Post-2009, Brown regained its prior peak in free cash flow within a single year.

Assuming a conservative trajectory for Brown’s organic revenue growth, we value BRO at about $45 per share, or more than 50% above the current stock price. We also think we have significant optionality on the occurrence of a hard market, which can be triggered by large insurance industry losses in the wake of extreme events such as Hurricane Andrew or September 11th. In such a scenario, BRO’s revenue would rapidly accelerate, bringing operating margins up with it, leading to both outsized earnings growth and multiple expansion.

Genuine Parts Company (GPC) is a collection of interrelated distribution businesses with #1 or #2 market share in each of its markets. GPC possesses superior scale, premier brand names, and a highly free cash flow generative growth model; in contrast, the security currently trades for a bedrock valuation of 15x free cash flow (unlevered). GPC is led by NAPA Automotive, the country’s leading automotive parts retailer. NAPA organic share gains of 3-5% SSS growth and through-the-cycle growth of GPC’s industrial distributors, combined with regular tuck-in acquisitions, have led to 5%+ compounded revenue and high-single digit earnings growth over the past decade. Currently, markets are looking past the core NAPA business (53% of revenue; 57% of EBITDA) and are concerned with GPC’s industrial exposure via its second largest division: Motion Industries (31% of revenue; 28% of EBITDA), a ball bearings and power transmission distributor with customers like PepsiCo, International Paper, and the U.S. government. While Motion has no direct exposure to upstream energy, industrial capacity utilization has modestly weakened through Q4 (from a high base), so Motion’s customers face a more challenging environment; though if prior corrections are instructive, we’d expect only modest contraction, far more modest than the current share price and negative 20% 1-year selloff imply.

Unlike peers ORLY and AZO, NAPA is a distributor first and a retailer second: of its 6,000 NAPA locations, only 1,100 are company-owned. Long ago, NAPA made a strategic decision to operate a mostly asset-light model in the U.S., which explains GPC’s outsized free cash flow as compared to peers. Independently-owned stores source parts from NAPA at a ~8% markup and collect an 8% profit margin for themselves, resulting in happy franchisees and a double-digit retail margin. GPC’s capital is reserved for company-owned retail stores in strategic locations like major cities and transportation hubs, as well as growing international markets like Australia (10% of revenue), Canada (10%), and Mexico (1%). These stores represent approximately two-thirds of GPC’s automotive division revenue. International markets present a greenfield growth opportunity, while the U.S. continues to afford consolidation: the top four automotive parts retailers control 30-35% of the market, with 20-25% held captive by warranties at dealerships. That leaves half of the U.S. market open for growth. While high-performing peers like ORLY and AZO trade at premium multiples to GPC – unsurprising since company-funded store growth combined with regular share buybacks drive higher economic earnings growth – NAPA is unquestionably a leading operator, with same-store-sales growth regularly above the peer group.

Buttressing the asset-light automotive division, GPC’s Motion Industries ($4.8bn in revenue) lords over peers like Allied Industrial ($2.7bn) and Kaman ($1.2bn) in the niche fields of ball bearing, power transmission, and fluid power distribution. Motion’s 150,000 customers, 15 distribution centers, and 562 branches offer scale that few can match. And yet, Motion has just 6% market share of an extremely patchy supplier network. The business is cyclically tied to manufacturing capacity utilization, which, as Fed reports show, moderated through the fourth quarter. In response, management has accelerated its acquisition pipeline, with three small deals through Q4, and plans to outgrow the industry through product expansion, M&A, e-commerce, and on-site vending. At the peak of the 2009 economic deleveraging, Motion sales fell 18% before recovering by 22% in 2010 and 19% thereafter, again, with positive FCF throughout.

Rounding out GPC’s collection of businesses is an office supplies distributor (SP Richards) and an electronic distributor to the telecommunications industry (EIS). SP Richards (12% of revenue; 10% of EBITDA) proved its competitive mettle after the merger of Office Depot and OfficeMax: GPC’s largest competitor in the space, United Stationers (USTR), lost the first-call contract for the combined company, ceding SP Richards outsized, double-digit growth from Q3 2014 – Q2 2015. Office, janitorial, and furniture distribution growth are correlated to the U.S. jobs market, and so the outlook into Q4 and 2016 appears bright. GPC’s electrical distribution segment, EIS comprises 5% of revenue/EBITDA and services OEMs, motor repair shops, and specialty wire and cable users across the industrial assembly ecosystem. Like Motion Industries, EIS is an active acquirer of sub-scale facilities at low valuation multiples, the most recent being Connect-Air, a distributor of low-voltage wire for HVAC and security and fire alarm systems.

We think this security is mispriced: GPC possesses an excellent business in NAPA, with attractive long-term drivers including miles driven, increasing transitions to repair shops from do-it-yourself, and an aged national vehicle fleet. Yet the group valuation is discounted because GPC also owns less exceptional industrial distributors, which are nevertheless FCF generative, resilient businesses that just happen to lack premier brand names and the franchise model of NAPA. GPC’s long-tenured management team returns about half of its FCF as dividends, and has a lengthy track record of generating high returns with retained capital. Historical returns on capital confirm this notion: group ROIC has measured between 13% to 18% in every year since 2005. While we think they are comparable, or even worse businesses once buybacks and capital investment are stripped away, NAPA’s direct peers trade at lofty valuation premia: ORLY trades for 16x EBITDA and AZO trades for 13x, while only underperformer AAP trades for 9-10x EBITDA (AAP’s same-store sales growth has been 300bps below peers in each of the past four years). By comparison, GPC trades for under 10x trailing EBITDA with 7-10% long-term earnings growth, extremely high cash conversion, and a NAPA business that’s successfully expanding internationally. This EBITDA-based valuation disparity doesn’t even give credit to GPC for its lack of capital intensity: even holding growth at negative 2% through 2016, with a recovery to 4% run-rate growth thereafter, a $120 DCF target seems readily attainable.

We were pleased with our performance in 2015, where we outperformed the S&P 500 and the Barclay Hedge Fund Index, and generated double-digit net returns to investors.

We will work hard in the hope that we may be able to generate similarly attractive performance in 2016.

Thank you and please don’t hesitate to contact me with any questions. 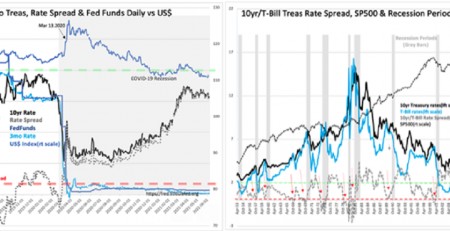 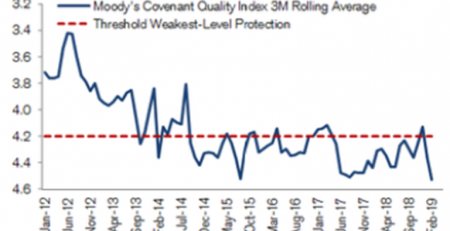 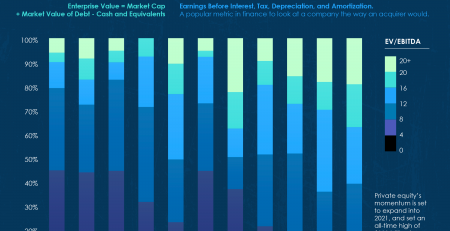 A New Way to Listen to the Music: ROIC

The following is based on a research paper by Robertson Stephens & Company first published during December 1996. Originally, the paper was designed as an investment guide for IT... Read More