When John Maynard Keynes managed the endowment of King’s College at Cambridge University, the actively managed part of his portfolio beat the performance of the British common stock index by an average of 8 percentage points per year from 1921 to 1946. Little wonder that such modern investment giants as Warren Buffett (2013), George Soros (1987, 2011), and David Swensen (2001, 2005) have invoked Keynes in support of their investment beliefs and strategies. However, Keynes’ actual investment strategy has been largely unexplored. An almost-complete record of Keynes’ stock trading has until now remained dormant in the King’s College Archives (Cox 1995), and we utilize this rich resource to reconstruct Keynes’ investment decision-making.

Keynes was an investment innovator. He traded currencies at the very inception of modern forward markets (Accominotti and Chambers, 2013), commodity futures (Fantacci, Marcuzzo, and Sanfilippo, 2010) as well as stocks which is the focus of this paper. Most importantly, Keynes was among the first institutional managers to allocate the majority of his portfolio to the then alternative asset class of equities. In contrast, most British (and American) long-term institutional investors of a century ago regarded ordinary shares or common stocks as unacceptably risky and shunned this asset class in favour of fixed income and real estate.

In addition, Keynes independently championed value investing in the United Kingdom at around the same time as Ben Graham was doing so in the United States. Both Keynes’ public statements and his economic theorizing (Keynes 1936: chapter 12) strongly suggest that he did not believe that “prices of securities must be good indicators of value” (Fama 1976). Beginning as a top-down portfolio manager, seeking to time his allocation to stocks, bonds and cash according to macroeconomic indicators, he evolved into a bottom-up investor from the early 1930s onwards picking stocks trading at a discount to their “intrinsic value” – terminology he himself employed. Subsequently, his stock portfolios began to outperform the market on a consistent basis.

In a highly unexpected development LETS GOWEX SA (OTCMKTS:LGWXY) (BME:GOW)'s CEO has resigned from the company today, and the company has also announced that it is declaring voluntary insolvency. The... Read More 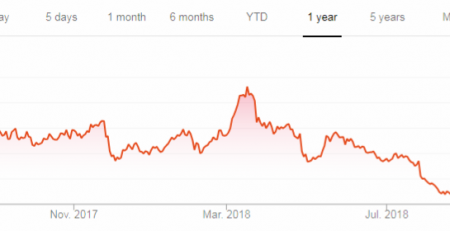 “The Fed Blinks,” blares a headline in an investment strategy piece from Bank of America Merrill Lynch today, one that takes the tone that the Fed catered to those... Read More

According to Joe Carroll of Bloomberg, Chesapeake Energy Corporation (NYSE:CHK) could be getting an additional $1.8 billion more than estimated after the energy company announced they were going to... Read More

When it comes to work, everyone likes a short-cut to success; in investing it’s no different. And the one short-cut investors use a lot of the time is the... Read More 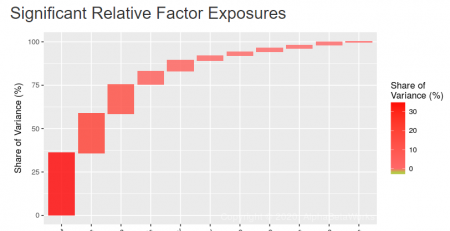 The Effect Of ESG Constraints On Systematic Risk

ESG constraints and overlays can create significant systematic exposures within equity portfolios. Whereas some of these exposures may be intentional long and short industry bets, others are unintentional bets... Read More