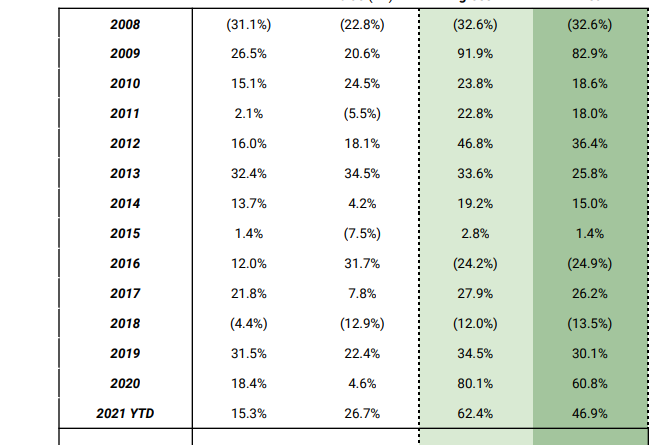 For the first half of the year, Khrom Capital was up 46.9% net, compared to the S&P 500's 15.3% return and the Russell 2000 Value Index's 26.7% return. In his first-half letter to investors, which was reviewed by ValueWalk, Eric Khrom said the fund is invested in 15 companies and that 13 of their core investments, including two that were acquired, saw their share prices climb by 30% to 140% during the last six months.

Interest in shareholder activism has been steadily building in Europe for a number of months, with 13 European companies having been publicly targeted by activists in 2014 so far. The... Read More

George Soros is back and he comes with another warning. The legendary investor says that the EU is on the verge of collapse post Brexit, but he is also... Read More

Trans World Getting Back On Track, Recovering Nicely

Trans World Entertainment Corporation (NASDAQ:TWMC) is one of the largest specialty music and video retailers in the United States. The company has 350 stores and a retail web site. The... Read More

Stick to the right facts rather than emotion to choose your winners Every year, fans fill out their brackets for March’s mad dash to the collegiate basketball championship, trying to... Read More

Dan Loeb Makes It Official: Out of Herbalife Ltd. (HLF)

Friday’s 13G filing by Dan Loeb’s Third Point LLC reveals that the activist investor no longer has a holding in Herbalife Ltd. (NYSE:HLF). The filing puts the seal on what... Read More

Who are the best stock investors on Wall Street? Is it Paul Singer, Ray Dalio or Seth Klarman? It might not be who you think. Additionally, Sec employees might... Read More