Hyaman Capital's Kyle Bass on the $34 trillion experiment: China's banking system & the world's largest macro imbalance. ValueWalk has obtained the full letter of Kyle Bass' latest big (gigantic) macro bet against China. This is a hot trade as we have noted before, but no one has spelled it out in as much depth as Kyle Bass. The content of the letter was first reported by Julia La Roche of Business Insider earlier this morning.
Soros Warned By China Not To Short Yuan Or HKD
Soros Didn't Start China Currency "War," He's Following A ...
See the full letter below (please credit if you found it here).

Over the past decade, we have worked diligently to identify anomalies in financial systems, governments, and companies around the world. We have been vigorously studying China over the last year, with the view that the rapid credit expansion in the Chinese banking system will result in significant credit losses that will require the recapitalization of Chinese banks and materially pressure the Chinese currency. This outcome will have many near-term and long-term effects on countries and markets around the world. In other words, what happens in China will not stay in China.

The unwavering faith that the Chinese will somehow be able to successfully avoid anything more severe than a moderate economic slowdown by continuing to rely on the perpetual expansion of credit reminds us of the belief in 2006 that US home prices would never decline. Similar to the US banking system in its approach to the Global Financial Crisis (“GFC”), China’s banking system has increasingly pursued excessive leverage, regulatory arbitrage, and irresponsible risk taking. Recently, we have had numerous discussions with various Wall Street firms, consultants, and other respected China experts, and they almost all share the view that China will pull through without a reset of its economic conditions. What we have come to realize through these discussions is that many have come to their conclusion without fully appreciating the size of the Chinese banking system and the composition of assets at individual banks. More importantly, banking system losses - which could exceed 400% of the US banking losses incurred during the subprime crisis - are starting to accelerate.
Horseman Capital Ready For Hedge Funds To Be Wiped ...

Our research suggests that China does not have the financial arsenal to continue on without restructuring many of its banks and undergoing a large devaluation of its currency. It is normal for economies and markets to experience cycles, and a near-term downturn that works to correct the current economic imbalance does not qualitatively change China’s longer-term growth outlook and transition to a service economy. However, credit in China has reached its near-term limit, and the Chinese banking system will experience a loss cycle that will have profound implications for the rest of the world. What we are witnessing is the resetting of the largest macro imbalance the world has ever seen.

So how did we get here? Since 2004, China’s real effective exchange rate has appreciated 60%. The majority of this appreciation occurred in the last few years as the ECB and BOJ both actively targeted weaker exchange rates to stimulate Europe’s and Japan’s large export sectors, respectively. While the markets seem solely focused on China’s exchange rate versus the US dollar, this fixation misses the point that many other manufacturing economies and currencies, including those belonging to Japan, Europe, Russia, and several Southeast Asian countries, have gained significant price advantages at China’s expense. If China is to achieve the required clawback of its real effective exchange rate, the renminbi will need to devalue against a trade-weighted basket of currencies and not just the dollar. In effect, the required devaluation against the dollar will need to be multiplied to achieve the necessary result.

Bridgewater Disagrees With Yellen Over Issue Of Strong Dollar

U.S. exports, which had been a moderate support on U.S. economic growth, turned to a drag on GDP, a Bridgewater Associates strategy document points out. This occurs as a... Read More

Charter To Raise $25B For Potential Time Warner Cable Bid

Charter Communications, Inc. (NASDAQ:CHTR) is reportedly in talks with banks to raise $25 billion in cash as it looks to acquire Time Warner Cable Inc (NYSE:TWC). The amount of debt... Read More

Originally published in Financial Nigeria magazine, September 2013 edition.  Nigeria receives the largest amount of foreign direct investment in Africa.  Indeed, it is among the top twenty of such recipients world-wide.  The... Read More 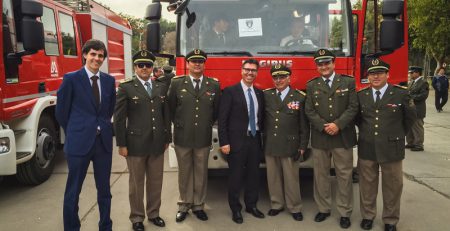 Icahn “team” wants Apple to buy back more stock Carl Icahn doesn’t like to recommend stocks unless it is a “no brainer,” he said in a recent CNBC interview, crowing... Read More

Paul Krugman is on the attack after reading Mina Kimes' profile of hedge fund billionaire Eddie Lampert in Bloomberg Businessweek, whose management strategy is being blamed for Sears Holdings Corp... Read More