Kyle Bass: Inflation Is A Worry But The Real Risk Is Excess Debt In China; Risk Parity Could Get Hit Hard – ValueWalk Premium

Looking behind me to see what it is down just for the day the 30 to 50 percent rise in oil which gives the opportunity not only in the commodities but also in the underlying equities. Where do you where does one move to take advantage of the crude oil position. Look from our perspective we think that the shape of the curve in crude oil is wrong meaning the prompt month is up say 30 to 50 percent. But when you look out call it one in two years there is call it 12 dollars a backwardation meaning that there's a positive carry to being long crude two years out. But what's important Richard I think what's been lost in the marketplace is when crude oil collapsed at the end of 2014 about a trillion to global capex was cancelled for long lived conventional crude projects. And there's a view around the world that electric cars are going to really affect hydrocarbon demand in the near term. It's our view that you really won't even see electric electric cars even dent hydrocarbon demand until it's closer to 20th 2030. So we believe that crude is going to go from actually a glut to a shortage in the next two years. Wow. Now that is that is quite cool. I mean that is what is pinning your colours to the mast. Well I think that's what we get paid for.

The new normal where you get this extreme volatility one way or the other on seemingly not insignificant but not terribly important news. So in that scenario what strategy do you follow. Well look as far as daily moves are concerned I think one thing you have to pay attention to is you know like 350 of the S&P 500 companies are engaged in buybacks and they can't they're in blackout periods when they can't they can't buy back their stocks just before just after earnings and so that's why you see huge moves in the market place when that kind of corporate buyers of their own stock aren't there. Another thing that you're seeing is earnings in all of the companies you just mentioned are doing very well. But what you see happening is the forward guidance and wages and margins coming down in the future. So I think it's giving investors pause like. Have we seen peak margins and peak profitability do we see inflation coming. And do we see wages moving higher at Hanemann believe you're going to see wages finally start to tick above 3 percent. Right. So you're going to see wages high. And the question is this inflation feeding in. Yeah I mean from our perspective you ask you know what strategies are we are involved in. I think when you look around the globe the global coordinated monetary print money printing by all of the central banks has left us awash in cash cash to global GDP is running like 110 percent. It has never been here before in the history of the world.

So when we talk about inflation we believe you are going to start to see more nominal growth but also more inflation. So real growth we actually think could slow down and we think that the kind of the 30 plus year bond bull markets are over. OK. Now on this issue of the bond we knew it was going to 3 percent. It's that I suppose the next question is how far and how fast it goes any further. But how do you how does one rebalance a portfolio when the yield is rising. You've hit new benchmarks and crucially we would normally expect to see a rotation. Right. You know I think as far as portfolio asset allocation is concerned you know it's very difficult to rotate when when let's say corporate America or say global S&P companies are at peak profitability at the same time we see cost of capital rising in bonds rising. These risk parity people are not going to see the assets move in the way that they have been moving for the last few decades. Which again makes it more difficult to invest. We see global opportunities in a few places right we see growth opportunities in Greece specifically in crude oil for the law for the next call it's short medium term and then we think the real risk to the world is China and there and there there are excess credit built up. So when we think about how we allocate assets we are long and short around the world. 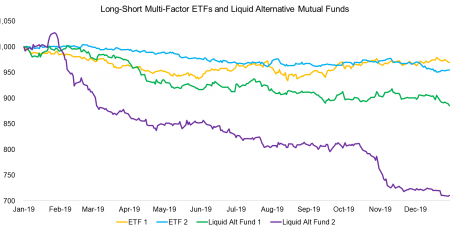