The first quarter of 2018 is in the books, and hedge fund managers are now starting to release their quarterly letters to investors. The quarter was a difficult one for hedge funds across the board, and Lakewood Capital is no exception. The fund was down 3.4% for the quarter that ended on March 31.

Bozza notes that volatility spiked briefly during the first quarter, carrying the CBOE Volatility Index to the highest level seen since 2011. Ultimately, the volatility ended up being contained, but there remains a great deal of uncertainty and concern among investors right now, he added. Still, he feels the current market environment is “reasonably favorable” this time around because there aren't any major concerns floating just underneath the surface, such as Brexit or a collapse of the financial system.

The Lakewood Capital partner noted that many of their longs benefited greatly from the Trump tax cut, with most corporations seeing their federal tax bills cut almost in half. The first quarter brought a widespread pullback across most of the tock market, although the Street continued to favor a precious few names, which Bozza feels are overvalued. Specifically, he named Tesla, Celltrion, Aurora Cannabis, PRA Group and Canopy Growth as being overvalued amid the Street's ongoing penchant to “selectively exercise eternal optimism.”

According to Bozza, Lakewood Capital's biggest winner during the first quarter was its long stake in Airbus. The firm revealed its stance on the aircraft manufacturer in its third-quarter letter for 2017. Bozza predicted that Airbus' earnings would ramp significantly on the back of its new aircraft programs and better currency exchange rates. The company ended 2017 strong, and he believes that investors became even more confident in the company's execution because of that strong performance.

Bozza believes Adient's losses probably hit their peak in Q1 and predicts a recovery through the rest of this year. He noted that the company's stock trades at only about six times earnings, excluding the metals business loses and some of the costs related to starting up the new joint venture with Boeing on aircraft seats.

The Lakewood Capital partner also highlighted Comcast as the firm's second-biggest losing position during Q1. He noted that the TV and Internet service provider's stock had been strong before the first quarter of this year, as its financial performance remained steady. However, Comcast stock took a hit during the first quarter after the company entered a non-binding bid to acquire U.K. TV network Sky.

Bozza would prefer that Comcast just “stick to the plan of repurchasing its undervalued shares” rather than making acquisitions, but he also thinks that if the Sky deal ends up going through, it wouldn't make a material difference to Lakewood Capital's thesis. He explained that if the two companies merge, then Sky would be less than 20% of the combined company and also be accretive to earnings.

Bozza also mentioned some new positions in his Q1 2018 letter. Lakewood Capital bought shares of Deutsche Bank's asset management business DWS Group in its initial public offering and then added on to the position shortly after. Lakewood Capital also initiated a new long position in Hyundai and revisited its long stake in WestRock.

New shorts during Q1 2018 include Ligand Pharmaceuticals and iRhythm Technologies.

Ben Inker Of GMO On The Defined Contribution Challenge

Investing for Retirement: The Defined Contribution Challenge by Ben Inker and Martin Tarlie of GMO The retirement landscape has changed. Defined benefit plans, the historical workhorse of the retirement system, had the... Read More 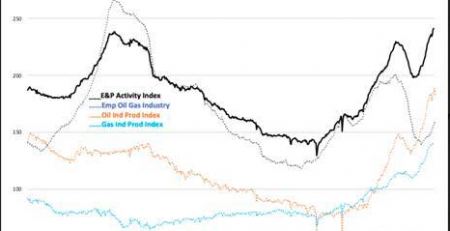 Madera Technology November letter to investors Madera Next, our concentrated disruptive entertainment and telecom strategy, up 47.7% year to date Get The Full Series in PDF Get the entire 10-part series on... Read More