In his most recent investor letter, Lakewood Capital founder Anthony Bozza said they saw a return of 87 basis points on their GTAT short

Lakewood Capital took a gamble that shares of GT Advanced Technologies would plummet, and the bet paid off in a remarkably short amount of time. So why did the firm bet against most of the rest of Wall Street on GTAT?

Founder Anthony Bozza explained in his latest investor letter dated Jan. 23, which was reviewed by ValueWalk.
GTAT failed to live up to the hype
GTAT announced in late 2013 that it had struck a deal with Apple to supply sapphire glass for its devices. As a result, the company's share price skyrocketed as investors speculated about the potential the supplier agreement brought.

It was believed at that time that the iPhone 6 would feature a sapphire glass display, which would have meant big bucks for GT Advanced. Management for the sapphire glass maker immediately issued "ambitious" guidance for revenues and earnings, which spurred Wall Street on and pushed its market capitalization up to a peak of $3 billion.
Lakewood skeptical on GTAT
However, Bozza didn't buy it, and his firm researched the plausibility of this bull thesis for GTAT. Lakewood Capital initiated its short position in GTAT in spring 2014 and then added to that position during that quarter.

The Lakewood founder said he doubted GTAT's credibility in terms of its guidance because he didn't think sapphire "could be economically produced on such a large scale." He also said they didn't think it made sense to use sapphire glass as a cover for Apple's products.
Lakewood finds sapphire glass lacking
Of course sapphire glass is known for being extremely hard and very scratch resistant, but Bozza said they ran their own experiment and found that it tends to shatter pretty easily. To run the test, Lakewood's experimenters purchased a Kyocera phone that used sapphire glass with the Gorilla Glass cover that was used on the iPhone at that time.

Bloomberg announced today that it was putting new standards and theories in place in order to better secure the private data of its clients. The move comes in response... Read More

Three Centuries of Boom-Bust in Spain

Three Centuries of Boom-Bust in Spain For Spain, 1492 was a transcendent year. The discovery of the New World and the vast hordes of gold and new riches was a... Read More

Brennan Asset Management talked about investing in Liberty companies during the first quarter. In his first-quarter letter to investors, which was reviewed by ValueWalk, Patrick Brennan said the declines... Read More

Even though September is considered the biggest redemption month for Global EM sovereigns, the favorable market conditions should attract a flurry of issuers to the market over the next few... Read More

The decision by Harvard to terminate half of its investment staff and outsource funds management bucks the global trend to internalize funds management. The underperformance achieved in the last... Read More 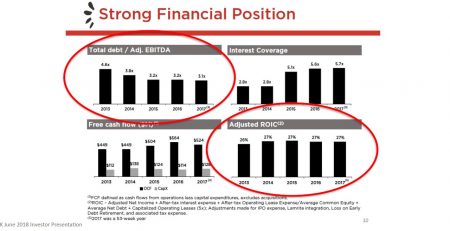 How To Buy And Sell Small Illiquid Companies

A while ago I received this really good question from a newsletter subscriber: heck out ValueWalk’s exclusive quarterly magazine on under the radar small caps Feel free to take a look at this... Read More

This is the final part of a three-part interview with Christopher Pavese, value investor and the Chief Investment Officer of Broyhill Asset Management. The interview is part of ValueWalk’s... Read More

Marvin Davidson and Thomas Kempner of Davidson Kempner Capital Management are well-known in the hedge fund industry, and both of them have established foundations in their names. In addition... Read More

The king of low-profile, subtle influence, Goldman Sachs, is engaged in an advertising campaign. But the target audience the firm isn’t advertising towards is perhaps most interesting, or at least... Read More