Larry Robbins, Founder, Portfolio Manager, and CEO, Glenview Capital Management LLC is the next speaker at the 2015 Sohn Investment Conference. Last year, Larry Robbins pitched a bunch of long equity ideas, is that what he will discuss today? Or will Larry Robbins discuss his baby boom bet? We hope Larry expands upon the story he told investors in his recent shareholder letter involving a massive tuna as described below.

In our last letter, I wrote a story about my 11 year old son, Ryan, and some of our adventures together. On December 31st, on vacation in Anguilla, Ryan and I set out on a 34-foot charter boat with two local captains to go bottom fishing for tropical fish or trolling for tuna or marlin. An hour of bottom fishing yielded only two tiny fish so we decided to troll north towards Prickly Pear Islands, along a ridge where seas drop from 60 feet to 700 feet, similar to the canyons we fish offshore of Long Island. About 15 minutes into our journey, we hook up on a big fish, as line starts screaming out the reel of the back left fishing rod. Ryan goes to work on the fish, with the aid of both captains, and I reel in the other lines to avoid tangles. We had following seas (waves coming from behind us), and the boat had an open space to the swim platform and ladder – with the captains and Ryan in the back left corner of the boat and the large fish pulling down on the rod, we started to take on a bit of water given the relative elevation of the waves and the opening in the boat.

Taking on water is not a crisis in boating because all boats have a bilge pump that pumps water back out. However, this boat’s bilge pump failed (or never worked in the first place), and we began taking on more water. Ryan and I took the rod to the front of the boat, balancing the weight while the crew manually bailed the water from the back with empty containers. However, the weight of the water we had already taken on kept the boat slightly tilted backwards, and it became increasingly apparent that it was only a matter of time before physics won out. The captains called their boat dispatch for help, and they were working furiously to save their boat. However, recognizing the inevitability of the situation, Ryan and I threw the rod overboard and began the preparations for evacuation. We got Ryan’s life vest secured, found all that would float – cushions, empty coolers and floating rings and put them overboard – Ryan noticed that there was a self-inflating life boat in the front hold (good call Ryan!) and that went over too, and then I had Ryan jump first and I jumped right after him. Less than a minute later, the boat was fully vertical, with only five feet of the bow above water where the air trapped in the forward hold kept it afloat for its last minutes.

I got Ryan on top of a floating seat cushion, and we then made our way paddling, while holding all that floats, to the inflatable lifeboat that had floated 50 feet away. We got there at the same time as the two captains, and they knew how to trigger the self-inflation device. Ryan and a captain got in – it was the size of a small bathtub so I thought it best that I stay in the water next to it rather than crowd in. After ten minutes in the water, we saw our rescue boat on the horizon and after 15 minutes we were aboard the second boat. The captains and the second boat wanted to spend time trying to save the capsized boat whose tip was still visible, but then it sank completely, and I was anxious just to get Ryan back to shore. Five miles off the coast of Anguilla, our boat sank to the bottom of the ocean.

We will never know what type of fish pulled us down. From the location and the fact that it never surfaced, we think it was most likely a large tuna. Despite marking the spot where the boat sank, the charter company has yet to recover the boat or our things on it (or so they say).

Once on the rescue boat and headed back, we reflected on what we did right and wrong. First, we did joke that in emptying coolers to bail we threw our bait overboard, and later jumped in overboard – quite literally we chummed for ourselves, causing my wife to conjure up images of Shark Week. I also realized that I left my phone, wallet, iPad and even my lucky shoes in a bag on the boat. While the phone and iPad would have nearly certainly been ruined by the water, my wallet would have dried and my shoes were sentimental. In truth, I didn’t even think of them. In a crisis, all I could think about was Ryan.

What a difference 20 years makes. Saying that if you investor you made 8 percent in last 20 years

We mortgaged our futer to et where we are now

Activism = ownership and being an actively engaged shareholder

We don’t pitch shorts here because it is a charity etc. Put yourself on a board if you have a lot of excess capital on hand it makes sense to borrow and invest it in something that is going to get you a ROE of 4% or higher

ABBV and Brookfield senior living. He said god bless you to someone in the crowd very funny

New school phone versus old school phones. ABBV is innovating at spending 16% of capex on r&D we like that .

ABBV has borrowing capacity of about 22 billion dllars so they can buy someone else. Hunara is their biggest drug. Biosimilar is not an exact copy. Even in 17 if biosimilars come into competition they will still be fine. We put a 13 multiple on it. There are soo many call options on this one though. Pipeline is underappreciate 13bill in oncology. We are excited about pahse 2 and 3 drugs could add up to 22 a share if some of them come through

Making generic humira is much more difficult than making a traditional generic. 13 states have passed biosimilars so doctors wont get paid in those states

They may be able to chane the delivery method making it much better for patients. Biosimilars will have to stick to a needle they are engineering a better delivery which will keep it ahead of the curve

ABBV generates a lot of its cash flow outside of the US. They are reinvesting this in their company. ABBV is running the bases the wrong way.

He talks fast! Brookfield assisted living growth of the business is important. Sandell is active in the name. sell the company? Sell the opco? Value creating measures the board is behind that. 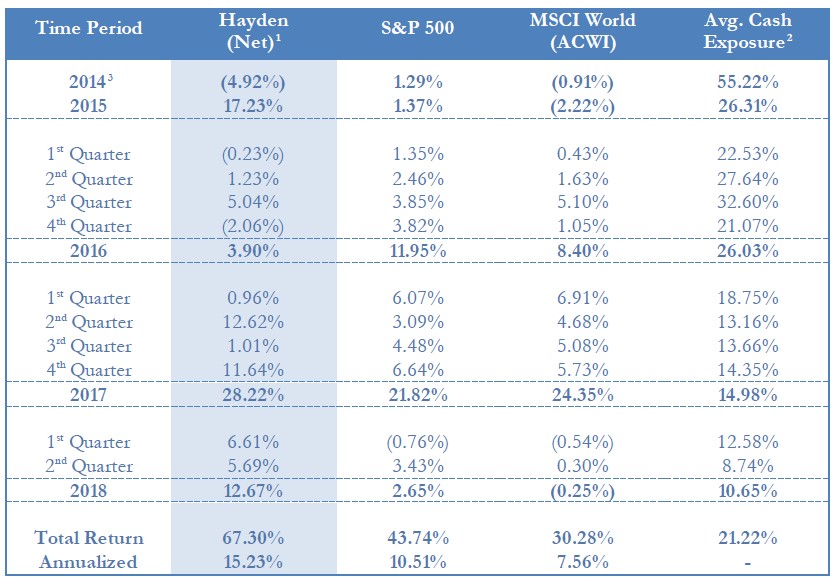 The Supply & Demand Economics Behind The Current Venture Capital Boom And Crunch Overnight it seems the venture industry has ground to a standstill. The ‘unicorn’ term now means overly... Read More

Here’s a great excerpt from Howard Marks’ recent interview on Real Vision. During the interview Marks explains how the structure of the Oaktree Capital Funds protects investors from themselves... Read More