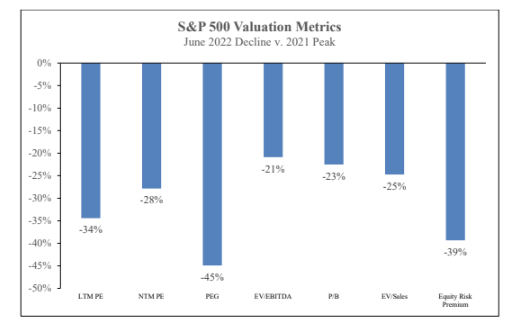 Lee Ainslie's Maverick Capital has had a rough year so far. The S&P 500 tanked 16% during the second quarter, bringing its year-to-date return to -20%. Investors worried about persistent inflation and the level of aggressiveness employed by the Federal Reserve in response to it.

Other concerns that dragged stock market returns lower included the possibility of a recession and geopolitical issues. All of these worries drove equities into bear market territory for the first time since the pandemic began.

Tiger cub Argonaut Capital recovered in March with a 1.4 percent return, bringing the Q1 returns to 4.3 percent. Argonaut lagged in February due to a rally in yen... Read More

Conventional wisdom says that active equity managers underperform against the market, especially after you take the cost of active stock selection into account, and that asset allocation with a... Read More

Thursday is another big day on the earnings calendar. Companies from across the spectrum are set to report their performance in the last three months of 2012. Here's our... Read More

The elite often map future probability paths with the understanding that the future is often unpredictable. Elite traders consider a variety of risk scenarios and the logical potential for... Read More

Nearly one month after JPMorgan Chase chief executive Jamie Dimon told Congress that another Lehman-style market crash is not a concern, the International Monetary Fund has a different message.... Read More