Legg Mason CEO Resigns, Will Nelson Peltz Pick the Next One? – ValueWalk Premium

On Tuesday, Legg Mason, Inc. (NYSE:LM) announced that its Chairman and Chief Executive Mark Fetting will step down effective Oct. 1.

In the interim, lead independent director W. Allen Reed will be the non-executive chairman, and Joseph A. Sullivan, head of global distribution, will become CEO. The board will seek a permanent chief executive; Fetting will stay as a consultant to the company, reported the Wall Street Journal.

Fetting has been with the publicly-traded asset manager since early 2008. Recently the company has endured large client redemption from its mutual funds; it is attempting to get investors to come back with their money.

According to a Legg Mason, Inc. (NYSE:LM) spokeswoman, “We are focused on growth right now. We want to get back to inflows.”

How bad has it been? In July, the company reported its 19th consecutive quarter of outflows. This comes with a growing dissatisfaction by investors, who want to see an improvement in the firm's funds performance after enduring losses from the financial crisis.

Also at that time, the crisis saw a 2005 bet by Legg Mason, Inc. (NYSE:LM) founder and former CEO Raymond “Chip” Mason go the wrong way from his swapping of the brokerage unit for Citigroup's asset-management business, reported Reuters.

At the beginning of 2008, Mason retired and Fetting replaced him. He has spent a lot of his tenure attempting to make the company competitive again through job and other cost-cutting initiatives. Fetting has also introduced new products including exchange traded funds.

Even with his four-year efforts, Fetting has agreed the company still failed to deliver and has ongoing problems. The company's board agreed, and slashed Fetting's pay by 17 percent to $4.94 million in the latest fiscal year.

Via a statement on Tuesday, Fetting responded to the news with: “Now is the right time for new leadership to take the baton and continue to move the company forward into its next phase of growth and development.”

Citigroup analyst William Katz said the news was a “surprising development” in a Tuesday report, but it might not be a bad thing for the company.

Katz wrote in the client note via the Wall Street Journal, “A new CEO may bring in fresh ideas and investors may conclude that a strategic shift to accelerate recovery could be an option.”

A Citigroup report today also lists some priorities for whoever the new CEO is, they include: 1) reinvestment in the business, including seed capital; 2) buyback – including new $1B authorization based on up to 65% of operating cash flow; and, 3) select M&A to fill product gaps, such as bolton’s and lift-outs. On the latter, international equities and alternatives appear most likely areas of focus.

LM announced that Chairman and CEO, Mr. Mark Fetting, will step down 10/1. Joe Sullivan, Head of Global Distribution, has been named interim CEO. while the board conducts a search for a permanent CEO. Lead independent board member, W. Allen Reed has been named non-Executive Chairman. Mr. Fetting will remain a consultant to LM through YE.

Wells Fargo Notes,  LM has a number of activist shareholders including Nelson Peltz's Train Capital, who owns over 10% of the company. It is possible certain of these activists pushed for change at the CEO level as LM's turnaround has been somewhat slow to develop.

At the end of July's first fiscal quarter, the company saw a $9.5 million net loss. Its $632 billion assets under management had fallen 5 percent, as compared to the previous year, along with its continuous outflow trend.

"There comes a point where money really has no real utility," Warren Buffett said. "You can use it to show off, but you can't do much else with it.... Read More

Peter Schiff is the CEO and Chief Global Strategist of Euro Pacific Capital, an SEC-Registered Investment Adviser and a full service broker/dealer. He had a debate with another well-known pundit, Nouriel... Read More

2016's States With The Highest & Lowest Tax Rates by John S Kiernan, WalletHub Tax season can be stressful for many Americans, especially those who still owe money to Uncle... Read More 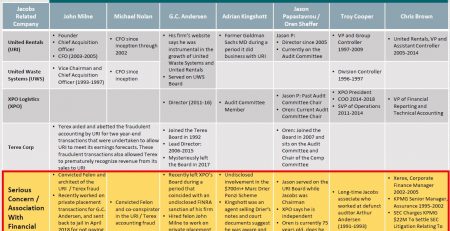 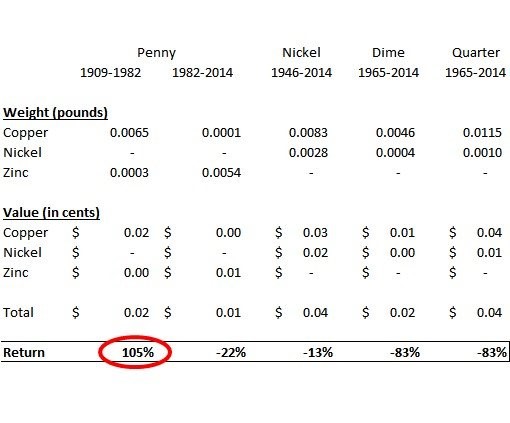 This is the second in a sporadic series called The Arbitrage Mindset. Our first post dealt primarily with an arbitrage in Dunkin Donuts gift cards.  As a refresher, the definition of “arbitrage” according to... Read More