US and major global developed markets ended 2015 on a downtick and 2016 began with its worst start since 2009 on all major indices. Much of this bear forces held the same dynamic of the past miserable year: China, Oil, the strong US dollar and the Federal Reserve- in that order. To make matters worse, small caps, which were already in a bear market, took it on the chin once again as investors fled to “quality” large cap and more liquid names.

All that quickly changed in mid-February as Central Banks again showed their force with an aggressive and tactical strategy, which is to continue to subsidize and pull forward growth with artificially low rates. In what has been perceived as continued weak global growth coupled with low inflation. This move finally landed a good punch to the US Dollar and a rush to risk assets including equities (or as some call it, TINA investing). Major market indices are now gravitating (remarkably) back to even on the year with US large cap indices just a few points from their all-time highs. Large cap names continue to trade at high multiples, despite the trend of earnings weakness (even with stock buybacks) for several quarters in a row. A counterpoint would be that if the “risk free” rate is lowered to zero (or even negative) than perhaps P/E multiples should be expanded. I am not convinced.

Much of the strength came from core holdings in both long and short positions. Notably, our late 2015 contrarian investment call: Long miner/oil trader Glencore while selling-short Valeant Pharmaceuticals. http://finance.yahoo.com/video/valeant-suffers-biggest-drop-record-175626028.html

Glencore’s value was hammered in 2015 due to commodity weakness and fear over its balance sheet. Whereas VRX was being praised for their predatory business of dramatically raising pharma pricing all the while cutting research and development in new products. We viewed this long-term strategy as massively “flawed”, a broken business model, and sold short the stock.

We even presented our thesis on BNN television in Toronto on November 5th, 2015 http://www.bnn.ca/Video/player.aspx?vid=744390 when the equity was over $100 a share. Today, further shoes have dropped on their accounting and business model and the company is in trouble, with bond rating firms slashing ratings and shareholders exiting in droves, punishing the equity down to $34 a share.
The offset of our short book has greatly helped in the Q even with the market recovering its loss. (especially with volatility back in the mix). It was much needed, but to think small cap value stocks would continue to be driven down was head scratching. So we were aggressive in putting capital to work in our select universe.

With that, one stock we’ve been eyeing to invest in has coincidently, been in the pharma space.

“When everyone is going right, look left”.

And with that, we acquired a stake in Akorn Pharmaceuticals (AKRX). Its equity was under severe pressure caused by the very negative news flow of our short, Valeant. So as liquidations were a bound and with Valeant and other Pharma’s getting crushed, we decided to play devil’s advocate and buy shares, given we know this company very well and it is uniquely positioned.

Akorn is well run with solid products, drug pipeline and cash flows. It is controlled by serial healthcare entrepreneur John Kapoor. Kapoor has gained tremendous success through the years with a number of his companies, so the opportunity to take advantage of the valuation dislocation was optimal. The share traded under $20 in late March as Valeant continued to plunge, and we pounced. Today, just one month later, the shares are now 25% percent higher. We feel there is even more upside in this company over time, even in the face of the current pharma pricing headwinds. So our goals are to further evaluate and stay close to the company.

Regarding our core legacy positions, we continue to overweight our activist stake in Volt Information Sciences(VISI). It has underperformed since last summer and is now a “show me” stock. The trust me days of new mgmt. are gone. Given execution of non-core assets has taken longer than expected. That said, the business is in fact improving and the forward looking turnaround should present a profitable and leaner Volt, especially considering the further $40-50mm of non-core assets sales coming in the door by this June, along with a large share buyback, so we are holding tight. Our target price of $12-16 a share is not certain but is achievable.

PAR Pacific Holdings(PARR), another special situation energy investment, also continues to be a solid core holding for the fund. PAR has a new CEO in Bill Pate and in currently searching for further acquisitions to take advantage of their massive $1.4B NOL. Controlled by our Rule #11 author, billionaire Sam Zell, we are well-aligned and will search for ways to add value. So dialogue remains very open and honest. With goals of further value creation over time. It will remain a core holding for Livermore Partners.

We also continue to hold Glencore PLC (GLEN.L). Given even after its strong run from our initial stake, it is still undervalued. I have strong faith in the management and Board of this trading giant and our contrarian view of owning the equity at the low’s (70 pence) has proven fruitful. It remains compelling. But on weakness. Even though this is a large company ($27B market cap) and not typical of Livermore Partners’s small cap value plays, we have strong conviction for the name.

To begin 2016, we executed another activist stake. Which was an attempt to diversify and find value away from the oil patch. With London-listed media company Entertainment One (ETO.L). It is a $1B company that owns the Peppa Pig franchise as well as a number of other endeavors in both film and television content.

The company has grown strong thru acquisition ($1B in revenues targeting $2B by 2020) but lacks creditability and must slow down. As well as focus on free cash flow (FCF) generation, which is very much challenged. The market has spoken and the stock is down some 50% percent from its highs. And it’s not even commodity related! So now, this provides Livermore Partners with an exciting opportunity. We have since sent CEO Darren Throop and Board a letter discussing their flawed strategy. Additionally, we have held discussions with EOne’s largest shareholder, the Canadian Pension Plan(CPP). More to come on this front soon….stay tuned.

In closing, I’m very hopeful the year will continue to be a good one for Livermore Partners with many compelling opportunities. In what otherwise is a fully-valued market with little growth. I expect stock market valuations to compress and small cap stock bifurcation to take hold as volatility gains. This is where we thrive as value investors and hope to capture strong returns.
As always thank you for your trust and support.

This morning, Team Health Holdings LLC (NYSE:TMH) filed an 8-K indicating that two of its board members announced their resignations on July 2, 2013 to pursue other opportunities. The former... Read More

The Financial Conduct Authority (FCA)’s standards on personal liability for hedge fund managers can be extreme as they can extend beyond his day-to-day role, suggests Thomson Reuters. Ashley Kovas and... Read More

There is a famous saying which says 'Do Not Fight the Fed.' Many investors are taking that idea to heart, at least in one way.... Central bankers have been on a money... Read More

Michael Burry: How Can Investors Get Even After Suffering A Loss

We’ve just been re-reading Michael Burry's MSN Case Studies in which Burry provides some great insights into what investors should do after suffering a loss saying: Q3 hedge fund letters,... Read More 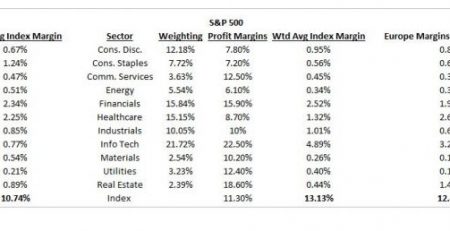