Gideon King, CEO and CIO of Loeb Capital Management, wrote extensively about his views on the current outlook on U.S. economy in his Q2 investor letter. King has appeared on Bloomberg a number of times where he has discussed activist investing and the future of  theM&A market. Loeb Arbitrage Fund, an event driven program, was down 0.5% in June, but managed to post a +1.22% return in Q2 overall.  The fund is 3.6% for the year so far. According to BarclayHedge, the Loeb Asia Fund is up 12.4 . . .

JP Morgan Cazenove hosted two property tours in London and their (biggest ever) annual conference. JPM notes in a recent report that optimism is no longer confined to core markets,... Read More

Bank of America Corp (NYSE:BAC) released its earnings report for the quarter ending June 30 this morning, July 16, before the market opened. The company showed earnings of $32... Read More

How to Profit from Special Situations in the Stock Market – April 21, 2016 Maurece Schiller 2016 Reprint of 1959 Edition. Full facsimile of the original edition, not reproduced with... Read More

Morgan Stanley is backing moderate fiscal easing to drive growth in developed markets, saying they are in no danger of overheating. But timing and size of the fiscal easing... Read More

Michael Dell could take a decision to postpone the vote deadline or increase $13.65-per-share bid, according to a Bloomberg report. Aaron Ricadela & Serena Saitto of Bloomberg feel if Michael Dell and Silver... Read More 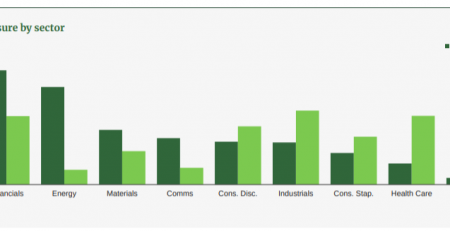 Last November, Odey Asset Management revealed that it would be rebranding most of its investment funds from the 'Odey' brand to a new subsidiary business, Brook Asset Management. Q1 2021... Read More