"An investment in knowledge pays the best interest" - Ben Franklin

So it is that on our first annual report, we present a decline (and relative underperformance) in our market value. Mr. Market continued to deem that many of our common stock holdings are worth substantially less than our own estimation of underlying intrinsic value. We call this valuation gap (intrinsic value minus market value) our margin of safety.

We made several new purchases in 2015 that have faced persistently negative sentiment such as Gap Inc, Chicago Bridge & Iron, and American Express. We added to more seasoned holdings such as General Motors, IBM, and Wesco Aircraft Holdings which have had multiyear underperformance when compared with the broader market. We continue to see value in these holdings and have thus added to our positions when greeted with downward volatility. Such actions have hurt our market liquidation value, but we believe have enhanced the overall intrinsic value of Lume.

Many individuals, when it comes to equities, unknowingly engage in speculation rather than investing. Speculators operate with zero (or even negative) margin of safety: they purchase equities broadly in favor whose purchases price often exceeds any reasonable estimation of intrinsic value. Instead, that price incorporates investor hope for the emergence of a business that does not yet exist: an incarnation that will appear only after the current enterprise undergoes torrid or even accelerating business growth, thereafter resembling little of what now exists. Such securities often trade at high double digit (or even triple digit) earnings multiples. And there are even businesses in this category that have yet to show a real profit.

In contrast, a majority of our holdings trade in single digit earnings multiples. IBM, American Express, CB&I, and GM are priced as if there is no growth or even a contraction in business size anticipated. This might sound odd to many, but we often intentionally seek out-of-favor businesses for investment. These are companies that Mr. Market has set a low bar for. We may be wrong from time to time, but we believe that over the long term, the performance of such firms will outperform the broader market (which has a substantially higher earnings multiple).

Members of either category ("speculator" or investor") are distinct. We view the former as highly susceptible to black swans and therefore fragile. Investors likes us who seek unpopular opportunities have to learn to do one thing above all: endure. We will face mockery, periods of inferior returns, and often increasing business uncertainty. The adage that "in the long run the market is a weighing machine" should carry us on. And we'd rather face an uncertain world with undervalued, sound businesses than richly valued firms priced for perfection (and then some).

The magnitude and speed of the collapse in crude oil prices was surprising to us, though the fall itself was something we foresaw several years in advance. In 2012, during the shale boom, we invested in companies such as Devon Energy (DVN) and Apache Corporation (APA). We also bought into National Oilwell Varco (NOV), a supplier of drilling equipment to such producers.

Notable energy sector focused investors and Wall Street analysts loved these companies, and we were initially charmed as well.

While closely following the activities of our exploration and production (E&P) companies (and their competitors), we saw several disturbing trends that convinced us that not only were these businesses extremely vulnerable to a collapse in crude prices, but that their very actions were inducing such a collapse. By mid 2013, we sold out of all E&P producers (APA and DVN) and by fall of 2014 (when the collapse of crude prices became evident to us), we sold out of NOV. We were lucky--the businesses performance of these firms (as well as market prices of their shares) deteriorated heavily since our exit.

During the rise of the shale boom, these mid size E&P firms were judged by investment bank analysts largely on "oil equivalent" production growth (MBoe/d) and reserve growth (MMBoe), rather than cash earnings. In short, barrels (or their "equivalents") were sought over dollars. The growth in these metrics was achieved by rapidly drilling more wells, expanding drilling rights, and making acquisitions. In short, these companies were spending heavily on capital intensive activities to boost the production of a commodity product whose price was out of their control:

While owning these businesses, we were dumbfounded by such capital allocation. Management insisted on investing more cash than the business was producing on exploration and production activities. What's more is that they were cheered on by analysts and misguided investors.

We knew Operating Cash Flow and presumed future returns from "Growth CapEx" could be a mirage, for if oil prices were to fall, these would be decimated, putting a business with already negative free cash (at WTI prices greater than $100/bbl) at great risk. No doubt this scenario was buried somewhere in the "risks" section of the 10-K (which some investors find useful), but it was staring us right in the face.

Meanwhile, energy industry "experts" at the IEA and supermajors were succumbing to many biases (particularly anchoring) when "forecasting" energy prices out for decades. Such pundits can't help but make predictions despite having a horrid track record (and they continue to do so). They boldly projected energy trends out for decades (some to the year 2040!) and at the worst anticipated a gradual, small decline in oil prices. These "futurists" completely missed the spectacular collapse that occurred less than a year later in 2014. Anyone who relied on these forecasts (for "modeling") was hosed.

To us, acknowledging that we can't know the future is a source of strength: it leads to avoidance of harm as Nassim Taleb would say. We closely followed the shale induced surge in U.S. oil production and precipitous drop in U.S. oil imports. It was clear to us that the shale revolution was a black swan phenomenon whose implications were not yet apparent to most in the industry (even so-called experts). For us, something that had just recently occurred in the natural gas market gave us a foreboding of what was to come.

Hydraulic fracturing of shale formations when combined with horizontal drilling had initially unlocked vast amounts of natural gas and many new players, in the spirit of wildcatters (Chesapeake was just one), were in a production frenzy. The resulting swell in natural gas supplies in the U.S. caused a sustained drop in the price of the commodity that persists to this day. In the early stages of the natural gas boom, Wall Street also had an infatuation with producers of this commodity. Once every producer was incentivized to make more of the stuff at all costs, a supply glut resulted. Rationality was thrown out the window: drilling continued despite steep losses. Some profit was made on other stuff that came out of the wells like NGL's and crude, and natural gas also added to "Barrel of oil equivalent" tallies that Wall Street loved, so it was tolerated. Natural gas was so cheap that many firms even started flaring the stuff instead of selling it (in our opinion, a reprehensible raw deal for society and the environment).

We are fans of the saying often attributed to Mark Twain that, "History does not repeat itself, but it sure does rhyme", and we saw oil rhyming with natural gas. Sure enough, profitability of shale derived NGL's and crude eventually went the way of natural gas.

We have highlighted other dynamics of oil production that we believe will likely maintain negative pricing pressure on crude in our piece "The Oil Producer's Dilemma" from late 2015. We have one major use of such a short term "forecast": it is not a data point used to derive the intrinsic value of our investments--rather, it is used to avoid certain opportunities.

We have an aversion to herd mentality when it comes to investing, and we are also weary when we see the companies we own engaging in the same practice. When it came to oil production, Devon Energy certainly followed the herd and Apache Corp was an even worse offender: it expended large amounts of capital by venturing first into deepwater drilling and, after that trend died, onshore into shale (horribly mistiming entry into each area).

After our foray into energy investing, we read through Warren Buffett's annual reports from the 1960s through today (a goldmine for any wouldbe investor). One Buffett gem regarding commodity industries (in this case airlines) rings true:

"Since our purchase, the economics of the airline industry have deteriorated at an alarming pace, accelerated by the kamikaze pricing tactics of certain carriers. The trouble this pricing has produced for all carriers illustrates an important truth: In a business selling a commodity-type product, it's impossible to be a lot smarter than your dumbest competitor." -- Warren Buffett, "Berkshire Hathaway Letters to Shareholders." 1990 Letter.

Shale oil producers were not just producers of a commodity product, but the high cost producers. This meant that, unlike an ExxonMobil, they were most vulnerable to oil's price fall. These were the dumbest producers. If only we'd read Buffett's letters a couple of years earlier--we could have learned from his mistakes instead of having to learn from our own.

As with our study of Buffett's writings and Taleb's tomes on black swans and fragility, we continue to devour knowledge. We approach investing with an appetite for lifelong learning and look forward to 2016 as another year to continue our journey and build on our ability to think independently.

Mawer Funds  'The 10,000 Year Clock' Deep within the heart of a mountain in west Texas, a giant clock is under construction. Hundreds of feet tall and built of the sturdiest... Read More 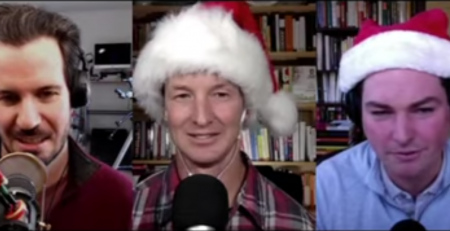 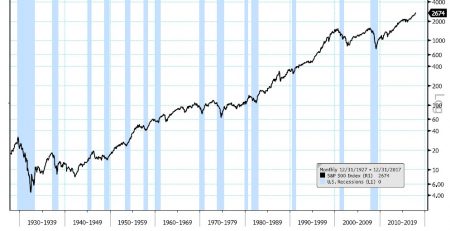 The 10th Annual New York Value Investing Congress takes place in New York on September 8th and September 9th 2014. ValueWalk will be providing coverage of the event, however, with... Read More