The hedge fund industry produced an aggregate return of -2.22% to begin 2016. The decline was driven by losses in equity and credit as global financial markets entered the new year with volatility on the rise. The performance decline was the industry’s third consecutive negative month and its seventh in the last eight months.

Only 32% of reporting funds were positive in January. There were bright spots, primarily within the macro and managed futures universes, where nearly 70% of products were positive during the month.

Managed futures' +1.89% return in January is the best monthly aggregate return since January of last year when the universe returned +2.52%. Large managed futures funds, those with greater than $1 billion in AUM, were +2.52% in January. This group of funds, which received virtually all of the strategy’s nearly $15 billion in new allocations on a net aggregate basis in 2015, was also positive last year, returning +2.12% and outperforming most segments of the hedge fund industry.

Macro hedge funds' positive start to the year is a welcome sign for a universe that received much negative press in the second half of 2015. 68% of reporting macro funds posted returns in January with an average positive return of +3.70%. Average declines were -4.02%, an indication that despite there being more winners than losers during the month, the magnitude of declines was greater. Unlike large managed futures strategies, large macro funds posted aggregate losses in 2015, -4.02%. This large-fund group started 2016 returning +0.83%.

After coming off their second worst year on record behind 2008, distressed hedge funds declined -2.34% in January, the universe’s second worst start to a year since 2008. In general, credit strategies continued to face a difficult environment at the start of 2016. The universe of credit strategies declined -1.98% in January, it’s worst start to a year on record and, like the overall industry, produced its seventh negative month within the last eight.

Activist fund performance was mostly negative in January. The equity-focused strategy’s average return of -2.74% follows a decline of -1.29% in 2015. Equity exposure hurt many funds in January. Overall equity strategies declined -4.03%, however long/short equity fund performance (-4.17%) was far better than the declines in global equity indices. The MSCI World index was -5.96% in January.

Losses popped up in the origination & financing universe in January causing low aggregate returns of -3.76%. Losses were greatest from funds focused on real estate-related lending.

Emerging markets began 2016 with the largest January losses since 2008. The decline of -5.48% is the universe’s largest monthly decline since mid-2012. 85% of products produced negative returns during the month and the average loss of -7.16% far outpaced the average gain of +1.62%. Exposure to China caused the largest performance declines in January, though no major segment was positive during the month.

Very few reporting funds within emerging markets were able to produce positive returns in January. Those that did focused on opportunities in Latin America credit markets, or maintain a market-neutral approach to EM equities.

In the traditional institutional marketplace, investors have been consistently reducing their exposure to emerging markets equity and, increasingly, emerging markets fixed income. The largest sellers, by far, have been corporate plans which sold over $20 billion in emerging markets exposure in Q4 alone. In the hedge fund space, slight inflows in November gave some hope for investor interest, however redemption resumed in December.

Bank of America a compelling investment: Pro Discussing value in bank stocks, with Bill Nygren, Oakmark Fund. Transcript: why is bank of america yours? bank of america is the poster child for... Read More

In the latest Berkshire Hathaway Annual Meeting, Charles Munger discusses how stocks are being traded on a casino basis. Here’s an excerpt from the meeting: Q1 2022 hedge fund letters,... Read More

Donald Trump’s suggestion of a 45% tariff on Chinese imports to the U.S. would lead to an 87% decline in them, and over time due to multiplier effects, such a... Read More

In this Q&A, Sir Michael Hintze, Chief Executive and Senior Investment Officer of CQS, presents an update on the risks and opportunities he sees in markets in 2017 and... Read More 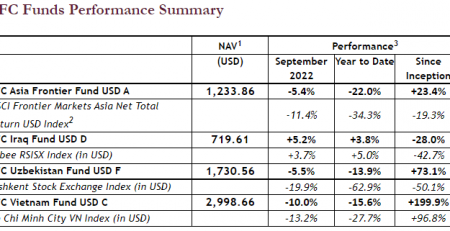 Asia Frontier Capital (AFC) newsletter for the month of September 2022. “Most people get interested in stocks when everyone else is. The time to get interested is when no one else... Read More

Alluvial Capital Management letter to clients for the fourth quarter ended December 31, 2015. Get The Full Henry Singleton Series in PDF Get the entire 4-part series on Henry Singleton in... Read More

One of the biggest challenges central banks now face is trying to meet inflation targets in a world plagued with weak growth, falling commodity prices and an ageing population,... Read More