University of Konstanz – Department of Economics

Is alpha a property of the hedge fund or the individual hedge fund manager? By means of panel regressions on a novel data set, identifying the work histories of individual hedge fund managers, I show that there exist significant managerial fixed effects in abnormal returns. A change in a hedge fund’s management induces structural breaks in abnormal returns and fund flows. The replacement of outperforming managers leads to a deterioration in performance. The past performance of replaced managers inversely relates to future fund flows. Past average performance is the main driver behind the probability of a manager replacement event.

Traditionally, both practitioners and researchers, focus on the hedge fund when studying properties of returns, as opposed to, articles in the popular media which highlight the individual fund managers.1 What are the ultimate drivers of abnormal returns?

If we adapt the view of a hedge fund as a firm producing a sole good (abnormal returns) we may come up with various different models for the production function. For example, Siegmann, Stefanova, and Zamojski (2012) group hedge funds by their institutional structure (fund details and assets the fund trades in). This renders the institutional setting behind the fund or the fund’s managing company as the driving force behind abnormal returns. Most other studies focus on the fund (including its structure, as well as, human capital and intellectual property). In this view, estimates of alpha are always a mixture of the institutional setting and the human capital within the fund.

Using a novel data set, which allows me to observe key employees of hedge funds domiciled in the UK, I am able to identify the exact periods at which a hedge fund is managed by a specific manager. This allows for the identification of managerial fixed effects. By showing that these fixed effects are highly significant in performance regressions, I provide first evidence for the importance of the individual hedge fund manager for producing alpha.

Next, I show that at the change of management there is a structural break in the intercept of the Fung and Hsieh (2004) seven factor model. I construct a panel model relating a fund’s excess returns to a fund fixed effect and the seven factors proposed by Fung and Hsieh (2004). The factor exposure is allowed to vary across the funds and I account for a potential trend in the average abnormal returns using time fixed effects and control for a linear trend in average returns over a fund’s lifetime. Dummy variables capture the effect of different periods on alpha. One dummy represents the period during which we can identify the manager and a second dummy represents the period after the manager has left. If the coefficients for these dummies are not equal to zero, there is evidence in favor of a structural break in alpha. According to an F-test, these dummy variables are significantly different from zero. Estimating a cross-sectional average effect for the two sets of dummy variables, I document a negative effect between -22.6 bps and -25.3 bps on monthly alpha whenever a manager leaves a fund. Conditioning on relative past performance reveals that this negative effect (-38.1 bps) is driven by outperforming managers leaving. Next, I study the implications of a change of management on fund flows. Consistent with existing evidence for mutual funds, I document an inverse relationship between past performance and future fund flows around a replacement event. I find that if an underperforming manager leaves, subsequent fund flows increase by 3.6%. If an outperforming manager is replaced, fund flows decrease by 1.6% on a monthly basis.

Goldman Sachs Chief Technology Officer Martin Chavez has a significant commonality with other senior executives at the firm who believe that “god” spoke to them to do “god’s work.”... Read More

Where Should IT Contractors Take Their Programming Skills? With IT coming to prominence across most industries (and triggering automation on a large scale, especially in the Financial Markets, IT professionals have... Read More

This recording was from the film's premiere at at the Tribeca Film Festival on April 14th, 2016. Allegations of corporate criminality and Wall Street vendettas swirl throughout this riveting financial... Read More

For decades, Mark Mobius has been known as the king of emerging market equities. In the past, he has been voted as one of the top ten investors of... Read More 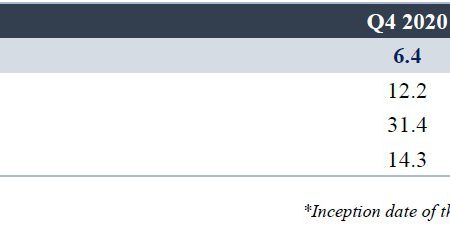 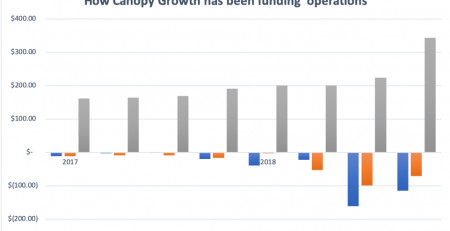 For several years, many observers have worried about whether the China property market has overheated and could hurt the global economy, but if one big rating agency is right,... Read More

Give This Market A Chance

What comes first, the chicken or the egg? That question might not be as clear as which comes first, a decline in corporate profits or a recession. According to... Read More