Gloom Boom & Doom Report Editor Marc Faber spoke with FOX Business Network’s (FBN) Maria Bartiromo about the global economy saying, “Europe is not recovering and in fact it is slowing down.” Faber went on to say, “In Asia and in other emerging economies we have a very meaningful slowdown in economic activity” and that “I don’t believe that the global economy is healing.” When asked about Japan Faber said, “my sense is that Abenomics is a complete disaster”

Marc Faber on the global economy:

“Well I think it’s quite funny because everywhere you go, up to a little while ago, there was great optimism about this recovering the global economy when in fact Europe is not recovering and in fact it is slowing down. In Asia and in other emerging economies we have a very meaningful slowdown in economic activity. I wouldn’t call all the emerging economies being in recession yet, but it’s just very little growth in present time in real terms and in some cases it has been a downturn, a meaningful downturn, like say in retail sales in Hong Kong or in Singapore…so I don’t believe that the global economy is healing, all that was in the context of massive interventions with fiscal and monetary measures by the authorizes.”

“My sense is that Abenomics is a complete disaster in the sense that the cost of living – because Japan imports a lot of goods and as the Yen weakens these costs have been going up far more than wages and so real incomes are down.”

Marc Faber on his recommendations to get global economy back on track:

“Well basically it’s very simple as long as governments intervene into the private sector, the free market, and as you know, the U.S. is not yet that bad. But say from 1930 government spending as a percent of the economy has gone from 7.8 percent to now over 41 percent. It compares favorably with France which is now at 57 percent, but the bigger the government is, the less dynamic the economy can be and the less gross there will be. But the governments don’t see that way.”

“Well basically we have these student demonstrations. In my view it is less about democracy and more about the chief executive of Hong Kong being very unpopular with young people and also with other people in Hong Kong. And it is also a social background in the sense that Hong Kong became very prosperous between 1950 and about 10 years ago. Years in which GDP per capita increased enormously and over the last 10-15 years real in other words inflation adjusted per capita incomes have been declining…I believe the outcome will be some sort of compromise where by the chief executive would probably resign.”

Jeremy Grantham An Investment Only A Mother Could Love: The Case For Natural Resource Equities

An Investment Only A Mother Could Love: The Case For Natural Resource Equities by Lucas White & Jeremy Grantham Jeremy Grantham Executive Summary We believe the prices of many commodities... Read More

Don’t ask Jefferies why they don’t have a buy rating on Societe Generale SA (EPA:GLE) (OTCMKTS:SCGLY). They think the real value in the Eurozone is not found in SocGen... Read More

BAML Says "Bears Can Take a Hike" For Now

Letter from investment banks says stocks still have some runway left, they apparently do not see whites of rate hike's eyes Read More

Wilbur Ross: Investing in Times of Distress and IRE

Wilbur Ross: The credit and sovereign debt crises of the past few years continue to profoundly reshape the financial landscape across the developed world. One of the most visible consequences... Read More 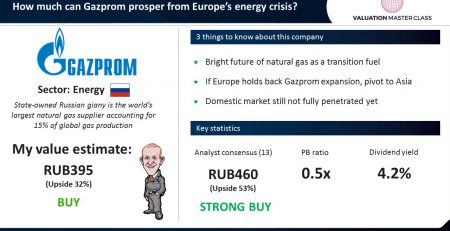 How Much Can Gazprom Prosper From Europe’s Energy Crisis?