Avenue Capital co-founder Marc Lasry appeared on Bloomberg Television this morning, where he told Stephanie Ruhle and Scarlet Fu that leaving the firm is not a viable option after he was considered for the role of U.S. ambassador to France earlier this year. Lasry said, “For my government service, it will probably all be voluntary. To do anything else, at least from what I found out in the process, the way the rules are today, giving up Avenue Capital and giving up a lot of what I was doing — it just isn't feasible.”

Lasry also said, “I thought the Fed should have tapered. But when you look at the numbers that have come out and you are seeing what is happening with unemployment and then GDP is only 1.5%, then I think the Fed should continue what they are doing. The problem is you're in a box. You need 2-3% GDP to stop and you don't have that.”

Marc Lasry on whether the debt situation is a buying opportunity:

“It is an opportunity. But there isn't that much problems out there. If you look at it, the market is up. What you are seeing out there today, at least from what we are seeing in the u.s., is that people are discounting a lot of what is going on in DC.”

Marc Lasry on how the average American is doing in this environment:

Marc Lasry on whether Washington realizes that their behavior is not fair to the American people:

“I think Washington absolutely gets it. I don't think that is the issue. I think Washington knows and they are trying to change that. But I think it is hard. Part of it is that you need to have a market that is doing what it is today. For the average American, the fact that the market is moving up is actually pretty beneficial. If you look at the equity market, it is up about 15% to 20%. That is actually very good if you are an average American.”

Marc Lasry on whether we're heading into the next series of debt deadlines in better or worse shape:

“I think you are probably in better shape. People recognize or at least the perception is out there that nobody wants to have a default…I think Republicans have come to the realization that they cannot afford to go to the mat and they cannot have a default. You can't screw around with America's credit rating. I think you are going in there knowing that has already happened so they will try to cut a deal. Whatever deal that ends up being, hopefully it ends up being a beneficial deal for their party. But at the end of the day, nobody is going to end up letting the United States default.”

Marc Lasry on whether Hillary Clinton has a leg up in the 2016 campaign due to how Republicans have been acting:

“I think that's way too far ahead. That is three years away. I don't think anybody will be focused on that. I think you have to see what happens at the midterms and that will give you a much clearer indication about where the Republican Party will be. Will Americans be mad at republicans for what ended up happening? Or will they hold them responsible and get them out of office? Or will it just be the same story?”

Marc Lasry on whether the parties need to get to the center to win over America:

Marc Lasry on what business leaders need to do:

“I think the White House absolutely cares. You sort of saw it. The president ended up doing the right thing in saying that I am not going to be negotiating with you over this issue, we don't negotiate over our credit rating. The president and the White House absolutely cares. The biggest issue is that you have a part of the Republican Party that wants to end up risking it all and saying they don't care. That is just not right.”

Marc Lasry on what President Obama needs to do more of:

“I think the president has been doing a pretty good job…There's always a little bit of room for improvement. I think part of that is trying to work with the business community a bit more. They are trying to do that.”

Marc Lasry on whether Jamie Dimon and other bank CEOs meeting with Obama is just a photo opp:

“At the end of the day, Jamie has to settle these things for JPMorgan Chase & Co. (NYSE:JPM) to move on. I think the government recognizes that as well.”

Marc Lasry on whether it worries him when spreads are so low that investors have to go into illiquid products or bad covenants:

“We are investing in deals that are two to four years ago. Those companies have hit the wall. Those covenants are a little bit stronger or a lot stronger and we are buying that debt at big discounts. We think we are getting paid for that risk. In Europe, yes.”

“It is a proven fact that banks are deleveraging in Europe this year and next year by $2 trillion. Whatever they are telling you, they actually are deleveraging. At the end of the day, what you have under Basel III, banks are still being forced to sell. The banks that are not selling are the southern European banks because they can't take the reserves. But banks in northern Europe whether it's Germany, Switzerland, U.K., those banks are still selling because they want to comply with Basel III. So everyone is selling individual loans, what they are not selling is portfolios.”

Marc Lasry on whether increased regulation means Avenue Capital wins no matter what:

“It means that regulation is actually really positive for people in my industry…The larger you are the more benefits you are having because banks can't compete because there is too much regulation for banks to compete. In fact, regulation is forcing banks to sell and be out of businesses. A great example is direct lending. Banks are having a harder time because they are deleveraging so you have this massive opportunity for people to loan money to middle market companies.”

Marc Lasry on whether there is value in European equity markets the way there is in the debt markets:

“I think it is harder in the European equity market. You have to be making a macro call. If you believe Europe will continue to do well over the next 2 years…I think Europe is fine but the problem is, Europe is growing at 1% GDP. I wouldn't say that's totally positive for equity markets. If you look at the U.S., we're are growing at 1.5% GDP and we're doing fine. We're up 20%. A lot of that is more because of QE3 than how equities are doing.”

Marc Lasry on who is looking after the long-term improvements in the U.S.:

“At the end of the day, I have to make money this year and the following year. You have to have a macro view of what is happening short-term and long-term. On the short-term side, it is really beneficial for what Draghi is doing out in Europe today for one simple reason. He is giving them capital so that they are able to generate income and so they can take more reserves. That is a five-year plan. It is going to take a while. On the U.S. side, I thought the Fed should have tapered. But when you look at the numbers that have come out and you are seeing what is happening with unemployment and then GDP is only 1.5%, then I think the Fed should continue what they are doing. The problem is you're in a box. You need 2-3% GDP to stop and you don't have that.”

“I think Wall Street is always tortured. I don't think that is an issue. I think what you have is that you have to make investments based on what will happen short- term and long-term and you try to structure your portfolio that way.”

Marc Lasry on what point does the Federal Reserve begin to taper:

Marc Lasry on talk of Hillary Clinton as the next president and whether he'd take on a role in government service:

“I don't think so. I would love for Secretary Clinton to be president.  think at the end of the day, going forward for my government service it will probably all be voluntary, sort of the things i am doing. To do anything else, at least what I found out in the process, the way the rules are today, giving up Avenue Capital and giving up a lot of what I was doing — it's just not feasible. So I don't think I could ever do it.”

Marc Lasry on whether he worries about the country's future leaders:

“The requirements of become so great. They really have. You sort of knock out a lot of people. The reason for that is that no one wants potential conflicts. If you don't want to conflict than what you are saying is sell everything, get out of everything and the requirements are just too great.”

“It has to be somebody who has decided he will dedicate his life to government service earlier. If you are in the business sector, it becomes exceptionally difficult.”

Marc Lasry on whether that disappoints him personally and as a voter:

The following is from an email sent by Whitney Tilson of Kase Capital to ValueWalk. For further context see- Tilson Loves 3D Systems As a Short and  Whitney Tilson On DDD... Read More 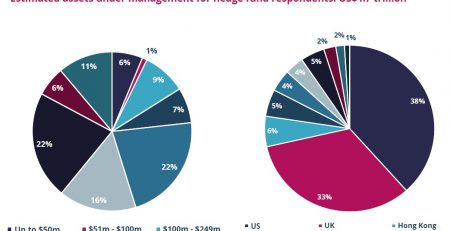 Chuck Royce: How Quality Can Lead in the Small-Cap Market

Chuck Royce on the prospects for quality leading in small-cap and opportunities abroad Chuck Royce: How Quality Can Lead in the Small-Cap Market Read More