We examine Warren Buffett’s favourite market valuation metric – Market Value divided by Gross National Product – in an Asian context. Buffett believes this metric indicates whether stocks in general are over-valued relative to economic conditions. According to him, around 80% would be a fair value figure.

I would think that the current value of the indicator would be around the same level as in March, indicating that stocks are currently expensive, in general. Do the same rules govern this indicator when applied to markets which we are more familiar with?

Taking things at face value, Singapore’s Total Market Value to GNP stands at 258.3% at end 2013 versus the historical mean of 262.3%. I would surmise that this figure is slightly higher now. Overall, this indicates that the Singapore market is fairly valued currently but I think the key insight we should draw here is that Buffett’s 80% does not apply. It’s a pity that MAS only has data from 1999 onwards but we can see that since then, Total Market Value to GNP has not fluctuated as wildly as in the US market. Maybe that’s why some say that the Singapore market is boring.

Clearly, that cannot be further from the truth for Hong Kong. From 2002 to 2013, Total Market Value to GNP increased from 281.5% to 1109.2%. Its mean of 808.5% is hardly meaningful here given such wide variations. During this period, total market value actually increased from HKD3611 bn to HKD24043 bn. I’m not sure if I am missing something here because those are some crazy numbers – it’s a CAGR of 18.8% while the increase in number of listed firm had only a CAGR of 4.8% from 978 in 2002 to 1643 in 2013. I think this leaves us with more questions than answers, but it is clear that the Hong Kong market is not cheap and Buffett’s 80% does not apply here either.

It seems that the Singapore and Hong Kong markets are many times more expensive than the US market. The difference is so huge that I had to verify my decimal placing and yes, they are indeed correct. One hypothesis would be that Singapore and Hong Kong markets consist of a larger proportion of foreign-listed companies as compared to USA. The market value of such companies will be included in a country’s total market value but their output is excluded from the country’s GNP, resulting in a distortedly high figure.

Based on a comparison of Hong Kong and USA, this hypothesis does not seem to be valid. As there were no figures for the number foreign companies listed in Hong Kong, I used the number of Chinese companies as a proxy. I believe this does not affect our conclusion – for our hypothesis to be even remotely plausible, the proportion of foreign listed companies in Hong Kong would have to be at least 5 times more than that of USA. I am confident that there aren’t that many non-Chinese foreign listed companies in Hong Kong. Singapore was omitted as there were also no figures for the number of foreign companies listed, though it seems plausible for Singapore to have twice the proportion of foreign-listed companies as compared to USA.

To conclude, based on the metric, each market seems to have its own idiosyncrasies. Another plausible explanation is that USA has proportionately larger and more private companies than (which are not accounted for in market value) Singapore and Hong Kong. However, this would be difficult to verify. Hong Kong’s astronomical rise in market value also warrants subsequent examination. Lastly, just remember that an overvalued market does not mean that everything is overvalued, it just means we have to look harder and be wary of relative valuations. One silver lining is that retail investors like us we do not have the burden of size so we definitely have more options when it comes to finding gems.

First Eagle: Gold Does Act as a Hedge, Here is Some Proof 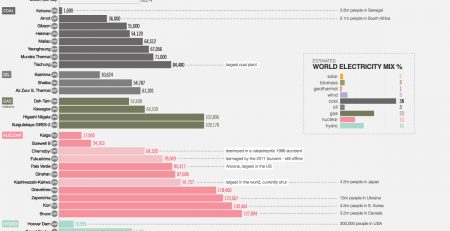 As China is reported to have pumped $24.7 billion of liquidity into its financial system Tuesday to boost investor confidence, an HSBC report dives deeper into concerns regarding financial... Read More