One of the many new industries to emerge in the Internet Era is marketplace lending or peer-to-peer lending. Moreover, according to a December 1st report from Rafferty Capital Markets, around 40 different financial institutions are providing money to well-known names such as the Lending Club, Prosper and Social Finance and many others being formed or in operation already.

Richard X Bove of Rafferty Capital highlights that financial institutions have already committed an estimated $9 billion dollars to marketplace lenders in 2014 – the figure comes amid news that Lending Club is raising up to $700 million in an IPO.

In his December 1st comments, Dick Boves says he has heard reports that George Soros, Mohammed El-Erian, and Larry Summers and several others are invested in or are planning investments in peer-to-peer or marketplace lending. Bove also notes that BlackRock, Inc. (NYSE:BLK), Fortress Investment Group LLC (NYSE:FIG), and Waterfall Asset Management are reported to be interested or already committed. Other parties willing to work with marketplace lenders includes major banks like Citigroup Inc (NYSE:C), Credit Suisse Group AG (ADR) (NYSE:CS) and Deutsche Bank AG (NYSE:DB) (ETR:DBK). He also points out that Morgan Stanley (NYSE:MS) and Goldman Sachs Group Inc (NYSE:GS) are already raising money for firms in the sector.

The idea behind this new industry is to operate businesses that function as if they were banks but are not banks and are therefore much less regulated. Of note, a bank collects deposits and makes loans and virtually all insure their deposits through the Federal Deposit Insurance Corporation (FDIC).

Today marketplace lenders typically operate in the high yield markets, but over time are very probably going to more conventional lending markets. Given that peer-to-peer lenders cannot offer FDIC-insurance, they must provide relatively high yields on the notes being offered to lenders when they raise funds. By the same token, given they have to give their investors with high yields, marketplace lenders must be willing to make higher risk loans than traditional banks.

Bove highlights that recent regulations have made it more difficult for banks to make loans. “This is the vacuum into which the marketplace lenders are expanding. Initially, they are likely to be unusually successful in finding funding sources, for both their own companies, and for the loans that they are underwriting and selling.”

Finally, Bove notes that the ability of the private sector to manage the risk that it is assuming with marketplace lending will be directly related to how well it underwrites its loans. The strength of the new industry's underwriting will not really be tested, however, until a serious recession develops. This means we are probably going to see scores of of small peer to peer lending firms coming to market over the next few years as the market place lending concept becomes mainstream. 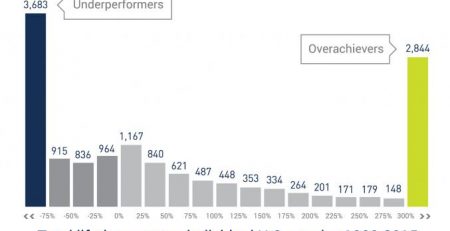 Be Skeptical, Understand Your Weaknesses

The following is an excerpt from an email which Whitney Tilson sent to ValueWalk. For some context see Tilson on K12 ‘My response to Dear Whitney – Are we having... Read More