During the second quarter of the year, the rapid rally of China’s equity market took many investors by surprise. While China’s underlying economy has continued to grind gradually slower, China’s equity market reacted positively to government policy support, including an easing of monetary policy and financial reform initiatives. On the other hand, a number of other Asian markets, most notably those in Southeast Asia, experienced rather subdued equity performance during the quarter. Share prices came under pressure against a backdrop of weak consumption demand, slowing corporate earnings growth and depreciating local currencies. Markets, such as Indonesia and India, saw some profit-taking, as investor excitement over economic reform prospects began to wane.

During the second quarter, our portfolio holdings in Chinese stocks were among the largest contributors to Fund performance. The launch of the Shanghai-Hong Kong Stock Connect Program further opened China’s mainland A-share market to foreign investors and at the same time allowed those from the mainland to invest in the offshore Hong Kong market. The new program boosted investor sentiment toward the respective markets. While the most recent pull back of the mainland A-share market, in early July triggered by forced liquidation of leveraged margin accounts, has spilled over into the Hong Kong market, and negatively impacted the share performance of H shares, we remain constructive on our H-share holdings, as we continue to view those names as offering both attractive dividend yields and underappreciated growth prospects.

Fund performance for the second quarter was also helped by BGF Retail and GS Retail, two South Korean convenience store operators, which delivered strong share performance. While their positive same-store-sales figures have been driving up share prices, we also believe the industry is still in its infancy in South Korea, compared with more advanced convenience store markets like Japan. As Korea has an aging demographic and a trend of smaller households, we expect solid, long-term growth to continue for both companies. The firms also appear well-positioned to deliver sustainable dividend growth due to the cash-generative nature of the convenience store business model.

Conversely, India’s Tata Motors was the largest detractor to the Fund’s performance during the second quarter. Following impressive performance over the last two years, Tata Motor’s latest financial results pointed to early signs of slowing growth in Jaguar Land Rover sales in key markets such as China. Tata’s domestic Indian market sales also continued to struggle. To our disappointment, the company also decided to cancel its dividend payments for the latest fiscal year as the losses in its standalone Indian operations constrained the company’s ability to pay dividends, even though the consolidated entity continued to be profitable. This latest development has prompted us to further review our investment thesis.

During the quarter, the Fund initiated several new positions. While we believe certain parts of the Chinese A-share market—mainly small-capitalization companies with unproven business models and stretched valuations—appeared overblown, our dividend-investing approach steered our research efforts toward large-capitalization Chinese A-share companies. Notably, we were attracted to those firms in which see unique business models, strong cash generation ability, and either a proven dividend track record or a potential to increase dividend payouts substantially. Unlike their small-cap peers, valuation multiples for some of these large-cap, blue chip companies continued to be compelling. Two new A-share additions to the portfolio, Daqin Railway, a freight railway asset owner and operator, and Kweichow Moutai, the best-known brand for Chinese white spirits, fit our bill. On the other hand, we exited several holdings, including Link REIT, United Overseas Bank and Yum! Brands, as valuations appeared to become too rich. With their more compressed dividend yields, they have become less attractive as total return investments for us.

Looking ahead to the remainder of the year, slowing economic growth may continue to pose challenges to many Asian economies, and irrational exuberance in certain individual markets could bring increased volatility. However, we remain constructive over the region’s long-term growth outlook, and believe individual countries are making some progress to address their own unique set of problems and issues, slowly but surely. We continue to adhere to our dividend-investing approach, and seek companies with strong cash generation ability, prudent capital management policies and clear alignments between majority and minority shareholders. Asia’s companies continue to offer compelling opportunities for investors looking for both attractive dividend yield and dividend growth.

The views and opinions in this commentary were current as of June 30, 2015. They are not guarantees of performance or investment results and should not be taken as investment advice. Investment decisions reflect a variety of factors, and the managers reserve the right to change their views about individual stocks, sectors, and the markets at any time. As a result, the views expressed should not be relied upon as a forecast of the Fund’s future investment intent.

“Charlie Munger is truly the broadest thinker I have ever encountered,” Bill Gates  Poor Charlie's Almanack: The Wit and Wisdom of Charles T. Munger http://www.poorcharliesalmanack.com/recommendations.html More people would benefit from Charlie... Read More 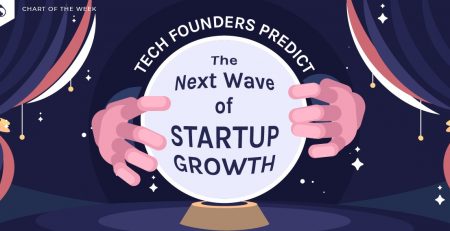