Maverick Capital Management LP is a $9 billion investment firm run by Lee Ainslie has announced that they have made their first seeding investment in a hedge fund start up.  Sycamore Lane Partners said they received capital from Maverick Capital and it has allowed the fund to open up a long/short value fund which began trading on April 2nd.

The actually investment is unknown but sources say that it is a “significant capital contributions with extended lock through 2015”.  However, from a filing back in July we are able to determine that Maverick had set aside $22 million with a seeding vehicle.

Also, as announced yesterday, Tiger Management added another “cub” to the mix when the firm announced they were backing a hedge fund by Knut Kjaer.  Valuewalk noted that a source familiar with the matter told us that many hedge funds were starting their own tiger cubs. This appears to be happening more and more every day.

Sycamore Lane Partners was founded by James D’Angelo and Cregg Watner.  According to D’Angelo and Watner the firm will be investing in long positions in 20 to 30 different stocks or shorting 30 to 50 stocks that have liquidity problems, questionable accounting or poor capital allocation.

In addition, Sycamore has also said that Maverick will not be involved in the day to day operations of Sycamore Lane funds.  Instead, the owners say that Maverick will serve with “strategic advice” on getting the fund off the ground and going somewhere.

This latest investment craze may pay off for the firms involved but now we are going to have more hedge funds playing the market.  This could be good or bad for the markets.  It could be good because light volume is underscoring the rally but too many mangers with the capability of influencing markets is not good either.

Unfortunately, there is not a whole lot we can do about this and there has been no response from the government which means that either they haven’t had time to develop a policy for this seeding investment or they do not see it as a threat to the markets.  Regardless, watch out for any government intervention.

Many dislike earnings “shenanigans, but Revenue, tells a similar story

The economic calendar is normal but featuring the monthly employment report. Usually that would be the focus, and it might become so by week’s end. Until the situation is... Read More

On Tuesday the Federal Reserve gave us their initial Consumer Credit figure for the United States.  The February figure came in +$15.5 billion, much higher than the $12.5 billion... Read More 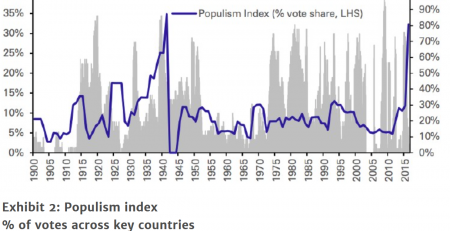 By Steve Kiel of Arquitos Capital Management Get The Full Series in PDF Get the entire 10-part series on Charlie Munger in PDF. Save it to your desktop, read it on your... Read More