MBIA Inc. (NYSE:MBI) is a complex company, but one which many value investors think is a hidden gem. The sell side (as is usually the case) does not appreciate the intricacy of the company. However, BGC Partners has a great report on the long case for the stock. They start out noting ‘certainly we appreciate just how complex the legal interplay between buy-rated MBIA Inc. (NYSE:MBI) and Bank of America Corp (NYSE:BAC) has become: we have mused that if Homeland’s Carrie Mathison attempted to depict the situation on one of her color-coded corkboards, she might run out of push pins and string somewhere around the point at which she tried to show how the intercompany loan worked.' Below is their long case for the giant financial company.

And from an investors’ standpoint, we believe MBIA Inc. (NYSE:MBI) should be viewed as the equivalent of a ski resort’s double black diamond slope. It’s not a name to be approached casually, but only with a significant degree of experience, vigilance, intense attention to detail and commitment.

And this is why we have some sympathy with those in the media who try to explain a three-dimensional chess-like situation with a level of understanding more suited for checkers. However, we also believe that media reports about MBIA that are presented with a focus on the titillating aspects of the situation – time is running out! seizure is imminent! – without context are sloppy at best and irresponsible at worst.

With that said, we believe such reports represent an opportunity for well-informed investors to initiate or add to positions in MBIA.

What’s uniformly missing from media reports about a possible rehabilitation –  i.e., a seizure – of MBIA Insurance Corp. by its regulator, the New York State Department of Financial Services (NYSDFS)? The single most important fact from the perspective of MBIA shareholders.

When the company late last year executed a consent solicitation that changed the indentures of its holding company bonds to remove the cross default in the event of a rehabilitation of MBIA Insurance Corp. – a change that was enacted in spite of the best efforts of Bank of America Corp (NYSE:BAC) to undo it – it effectively walled off the troubled unit from the holdco and National Public Finance Guarantee Corp., the company’s municipal bond insurance unit.

The vast majority – and in our view, all – of the value of MBIA Inc. (NYSE:MBI) is derived from the $25.05 in adjusted book value per share at National. We have assigned zero value to MBIA Inc. (NYSE:MBI) since initiating coverage of the company in Nov-11. As we stated in an Apr. 29 blog post, MBIA Insurance Corp. is like a gangrenous leg upon which a tourniquet has been applied to keep the infection from impacting the rest of the MBIA body.

We were surprised that MBIA shares did not react more positively at the time to what we viewed as a very shrewd tactic by the company’s management. The fact that the change was important to the dynamic between MBIA and Bank of America Corp (NYSE:BAC) was evidenced by the significant measures that the bank took to try to reverse it. It’s not often that one gets to see a Too-Big-To-Fail bank buy the holdco bonds of a relatively small company so it could try to block it from gaining an advantage in the interplay between the companies. Presented with a description of this action without context, one would think its perpetrator must have been an event-driven hedge fund rather than a company with a $225bn market capitalization.

It was that important from BAC’s standpoint. The bank acknowledged as much when it issued a news release on Nov. 13, prior to the execution of the consent solicitation, in which it stated that “if the MBIA Consent Solicitation is successful, the risk of MBIA Insurance Corporation being placed in rehabilitation or liquidation will increase, which would jeopardize all policyholder claims, including Bank of America Corp (NYSE:BAC)’s claims under these transactions.”

And it was also important insofar as it significantly lowered the amount of net proceeds that MBIA would need to receive from BAC and the other counterparties from which it is seeking to recover the losses it suffered as a consequence of breaches in representations and warranties (R&Ws) on the mortgages they underwrote and sold into securitizations that the company then insured. While that figure had likely been perhaps $2.5bn to $3bn before the consent solicitation, the removal of the cross default lowered that figure to $1.65bn.

Why? Prior to the holdco indenture changes, MBIA Insurance Corp. – the plaintiff in the R&W cases and the beneficiary of any settlement proceeds – would have needed to clear $1.65bn to repay its intercompany loan from National plus additional proceeds to provide a liquidity cushion at the structured-product insurance unit to stave off rehabilitation.

Since the consent solicitation was enacted, MBIA’s magic number has been $1.65bn. We think it’s important to note that the bond insurer does not need to receive $1.65bn in net proceeds from Bank of America Corp (NYSE:BAC) alone to protect the value of its equity. (The $1.65bn equates to more than $8 per share of National’s $25.05 in adjusted book value per share.)

MBIA Inc. (NYSE:MBI) could receive less from Bank of America Corp (NYSE:BAC), cobble together the balance so that the settlement proceeds in aggregate amount to $1.65bn, and the intercompany loan could be repaid. The bond insurer could make up any amount less than $1.65bn that it received from BAC with proceeds from potential settlements with Credit Suisse Group AG (NYSE:CS), Ally Financial Inc (NYSE:GMA)/ResCap, JPMorgan Chase & Co. (NYSE:JPM), Flagstar Bancorp Inc (NYSE:FBC) and others. The consent solicitation and indenture change radically altered the definition of a “win” for MBIA shareholders in a settlement with BAC.

What MBIA Inc. (NYSE:MBI) really needs from Bank of America Corp (NYSE:BAC) (in addition to some amount of settlement proceeds) is for the bank to drop its litigation against the bond insurer, removing that overhang and enabling the value of National to be unlocked for the benefit of shareholders.

So when a recent media report suggested (dubiously, in our view) that BAC’s only wanted to offer MBIA $1bn, was that really “bad news”? Not necessarily, if one actually understands the situation.

So what is the possible downside to MBIA Inc. (NYSE:MBI) if its structured-product insurance unit is put into rehabilitation? That downside is encapsulated in the possibility that Benjamin Lawsky, Superintendent of the NYSDFS, could choose to compromise the $1.65bn intercompany loan for the benefit of MBIA Insurance Corp. policyholders.

As we stated in our Apr. 29 blog post, we believe any attempt by Lawsky to compromise the intercompany loan would be tantamount to robbing Peter to pay Paul.

We think that any effort to impair or otherwise compromise the intercompany loan would result in a wave of litigation from National policyholders – in the aftermath of a victory in one Article 78 case, the NYSDFS could face another – and that it could transform a rehabilitation from a messy situation into a chaotic one. It would also be quite ironic, because a stated reason given by the NYSDFS’s predecessor, the New York Insurance Department, for allowing MBIA’s split in Feb-09 was “assuring counter-party certainty” within the municipal bond market, and compromising the intercompany loan would serve to undermine that certainty.

And while Bank of America Corp (NYSE:BAC) acknowledged the downside it would face in a rehabilitation of MBIA Inc. (NYSE:MBI) in its Nov. 13 news release, we believe that downside would be particularly pronounced if its $6.15bn synthetic position at the structured-product insurance unit is deemed to be subordinate to those of ordinary policyholders, essentially putting it at the bottom of the stack in terms of recovery.

Given our review of the facts, we believe that if MBIA Inc. (NYSE:MBI) shares were to trade off significantly either in advance of a potential rehabilitation or when such an action is announced, we would advocate aggressively buying the bond insurer’s shares to take advantage of what we believe is widespread misunderstanding of the situation.

Meryl Witmer On Her Top Three Picks For 2016

Meryl Witmer On Her Top Three Picks For 2016 via Barron's  Get The Full Warren Buffett Series in PDF Get the entire 10-part series on Warren Buffett in PDF. Save it... Read More

American Apparel, one of the only clothing retailers still manufacturing in the U.S., filed for Chapter 11 bankruptcy protection on Monday, as it tries to deal with a punishing... Read More 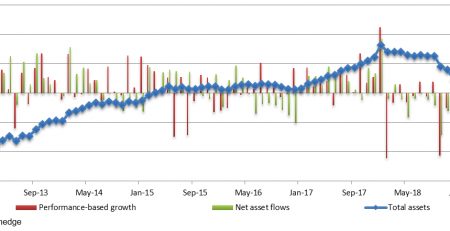 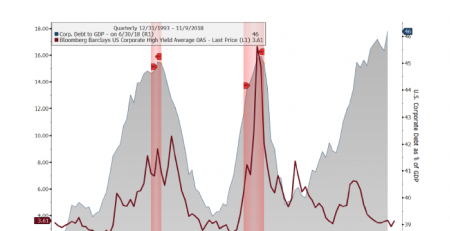 Corporate bonds offer incredibly poor prospects under any scenario, according to Jeffrey Gundlach. If rates rise, prices will drop quickly because their durations are between 7 and 10 years.... Read More 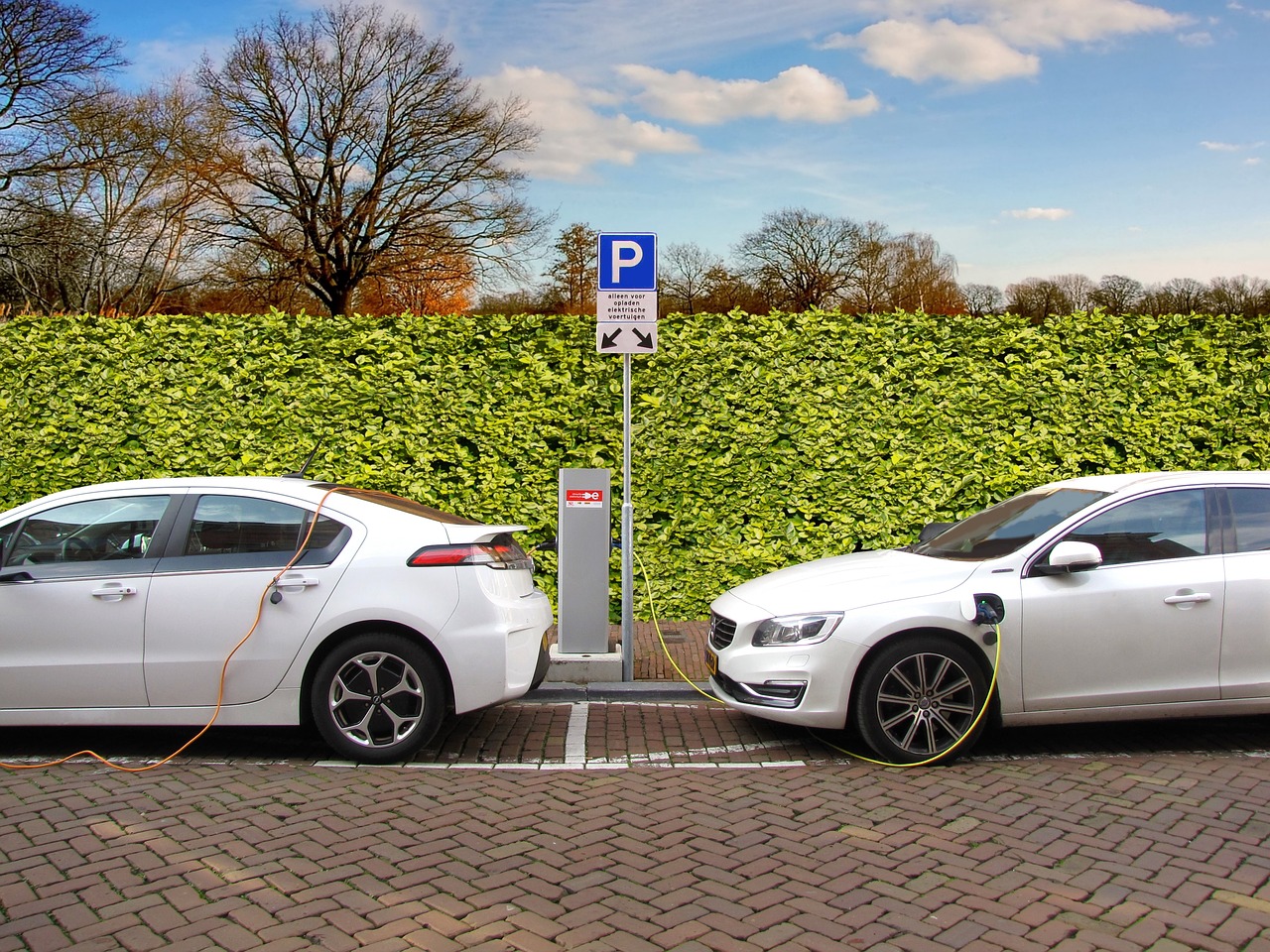