Muhlenkamp And Company commentary for the third quarter ended September 30, 2016.

Instead, we’d like to share an excerpt from an interview between Tom Keene of Bloomberg TV and Federal Reserve Vice Chairman Stanley Fischer where they discussed negative interest rates (rates of return on loans that are less than zero) that aired on Bloomberg TV on 30 August, 2016, immediately after the central bankers ’ conference in Jackson Hole: (emphasis ours)

KEENE: What did you learn about negative rates in the crucible of the markets? What have you learned in the last number of months?

FISCHER: Well, we’ve learned that the central banks which are implementing them — there were four or five of them — basically think they’re quite successful and are staying with their approach, possibly with the exception of Japan. They’re thinking it through and they have said they’ll come back to try and make negative rates work better. So we’re in a world where they seem to work. I think one of the most interesting developments I’ve seen in theory is a paper that says, yes, they work up to a certain point and then they become counterproductive.

KEENE: Precisely. Yes, that’s a critical point. I mean, we have within the interviews of Bloomberg Surveillance that Francine Lacqua and I have had, Olivier Blanchard [who] calls them an outright scam. Granted, he’s not a public official anymore, I understand that. There is a raging debate about the efficacy of negative interest rates for central banks, for governments, and again for banking itself. What about the efficacy of negative rates for savers and the people of these different nations?

FISCHER: Well, clearly there are different responses to negative rates. If you’re a saver, they’re very difficult to deal with and to accept, although typically they go along with quite decent equity prices. But we consider all that and we have to make trade-offs in economics all the time and the idea is the lower the interest rate the better it is for investors.

Note: Olivier Blanchard was the Chief Economist for the International Monetary Fund from 2007 until 2015.

As we’ve stated before, savers, including pensions and insurance companies, are being thrown under the bus in the hopes a low cost of debt will spur growth – we find no evidence very low or negative interest rates have improved economic growth on a sustained basis anywhere they’ve been tried. It is clear now that central bankers fully understand the drawbacks of low and negative interest rates but consider the damage done to savers an acceptable price to pay as central banks incentivize borrowers in the hope it will generate growth.

Have they made a good decision? You are all participants in our economy and likely to benefit if the economy grows more quickly and probably most of you are savers. Is the poor return on your savings adequate compensation for an economy growing at less than 2% per year and “quite decent equity prices”?

We’d also remind you that as the price of an asset rises, it’s future return declines. From these prices we think future returns from the stock market in general will be low relative to the past few decades, and future returns from bonds will be very low. We continue to hold a significant amount of cash awaiting lower prices and hence better future returns.

Bestinver Asset Management is widely regarded as one of Spain's best asset managers. Until September 2014, the firm was home to star fund manager, Garcia Parames, who held the title... Read More 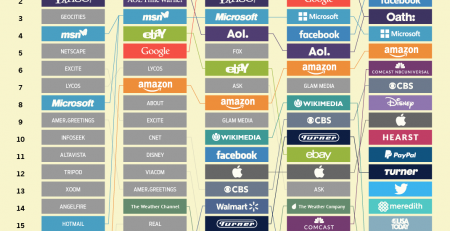 Advantages Of Too Big To Fail Kick In After $50 Billion: OFR